Officer put on paid leave, another put on administrative duty before retiring with full pension

The Sûreté du Québec had an internal hearing scheduled for July 12 for one sergeant under investigation, but he left the force earlier in the month, said SQ Capt. Guy Lapointe.

Another SQ sergeant who allegedly solicited sex from a Haitian prostitute retired last year before the police force had scheduled his disciplinary hearing.

Over a two-year period beginning in April 2013, the second officer was placed on administrative duty and a paid suspension until his retirement in April 2015, Lapointe told CBC.

Both men will collect full pensions and neither one will face any sanctions now that they have retired, he said.

A disciplinary hearing could have led to a suspension, a downgrading in rank or firing.

"You have to understand that if someone retires, we lose jurisdiction," Lapointe said.

The two officers have not been publicly identified.

The RCMP, which oversees Canada's UN Stabilization Mission in Haiti (MINUSTAH), strictly prohibits intimate or sexual relations with members of the local population, due to "the difference in real or perceived power and authority."

The revelations raise fresh questions about Canada's ability to hold its peacekeepers accountable. 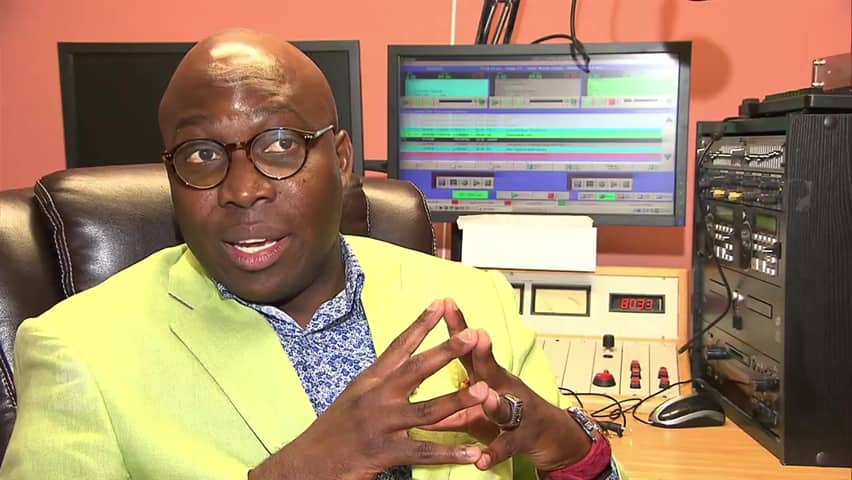 5 years ago
0:44
Jean Fils Aimé, director of programming at CPAM, says the handling of the allegations makes him feel Haiti is treated like a "garbage can." 0:44

They come following a report earlier this year from CBC's French-language service Radio-Canada that at least two officers with the Montreal police fathered children while working as peacekeepers in Haiti.

I would imagine if this happened in Canada or United States, in a rich country ... we would certainly see the rules enforced.- Jean Ernest Pierre, director of a Haitian community radio station in Montreal

Jean Ernest Pierre, a Montreal lawyer and the director of CPAM, a Haitian community radio station in the city, called the situation "unacceptable."

Pierre said Canada needs to make sure "the rules are respected" by the country's peacekeepers stationed abroad.

"I would imagine if this happened in Canada or United States, in a rich country ... we would certainly see the rules enforced."

Lapointe couldn't provide a number for how often police officers retire ahead of disciplinary hearings, which are public.

"Generally, you'll see this in cases where officers don't necessarily want the cases or the facts of the cases to be known, I would have to say. But I can't give you a number," he said.

The first officer is alleged to have had sexual relations with Haitian women between September 2014 and January 2015.

The officer was brought back to Canada in February 2015 and assigned to administrative duty until his retirement from the SQ in July 2016.

The other officer allegedly attended a bar that was off limits to service members in Haiti, where he tried to obtain the services of a prostitute in January 2013, Lapointe said.

According to a source close to the investigation, the woman alleged the officer threatened her following a dispute over payment. The officer then went AWOL and returned to Canada on his own.

A criminal investigation was launched but no charges were laid, the source said. The allegations have not been proven.

The United Nations released a report earlier this year detailing the problem of exploitation and sexual abuse by its personnel in Haiti and elsewhere.

François Lasalle, a spokesman for Canada's Department of Global Affairs, said by email that in cases where a police officer is repatriated, "disciplinary action for misconduct is the responsibility of the officer's home police service."

He added that the federal government is committed to improving accountability and "continues to engage with the UN to support initiatives which aim to prevent and combat all forms of sexual misconduct by peacekeeping personnel."

In a statement, the RCMP said Canadian police officers in breach of its code won't be considered for future deployments to peace operations.

The RCMP said it won't comment on cases involving police officers from other police services.

Michael Fagan, a spokesman for the UN peacekeeping operations, said by email that the federal government has kept the UN up to date on the two cases.

He added that that the UN has "no authority to sanction or criminally prosecute personnel under the exclusive jurisdiction of member states."

Lapointe said he wants the public to remember the good work done in Haiti, despite the controversy.

"Over 100 officers have gone to Haiti from the Sûreté du Québec," he said.

"Obviously, we don't want any of these cases, but let's not forget all of the amazing things that we've done there. I think that's important."

More on this story: