As of Thursday, high school students in Quebec’s red zones will be required to wear masks everywhere on school grounds, organized sports will be prohibited and gyms closed under new restrictions aimed at containing the spread of the coronavirus.

New rules go into effect Oct. 8 until at least Oct. 28

High school students in Quebec's red zones will be required to wear masks at all times on school grounds, organized sports will be prohibited and gyms closed under new restrictions aimed at containing the spread of the coronavirus.

The new rules, announced today, go into effect Oct. 8 until at least Oct. 28.

Education Minister Jean-François Roberge said students in Grade 10 and 11 will pivot to a hybrid form of schooling, where they will be physically in school only one out of every two days to reduce class sizes.

Roberge said all intramural sports, competitions between schools and school outings will be prohibited in red zones.

Gym classes and in-school sports will be allowed on the condition that all students remain within the same groups as they do for their classes.

Roberge said the new restrictions are an attempt to limit exposure to two bubbles: the classroom and home.

"All the actions we are taking could and should prevent us from closing schools," he said.

Prior to the new restrictions, students Grade 4 and up were required to wear a mask when walking in indoor shared spaces, such as hallways, and while on the school bus, but not in the classroom or outside.

As of Thursday, in-person courses and activities in universities and CEGEPs (community colleges) are also suspended in red zones, with only limited exceptions.

Many higher-learning institutions had already decided to move their semesters online, but certain activities, such as labs, had been permitted.

On Monday, Quebec reported the highest single-day total since the pandemic started, with 1,191 new cases. 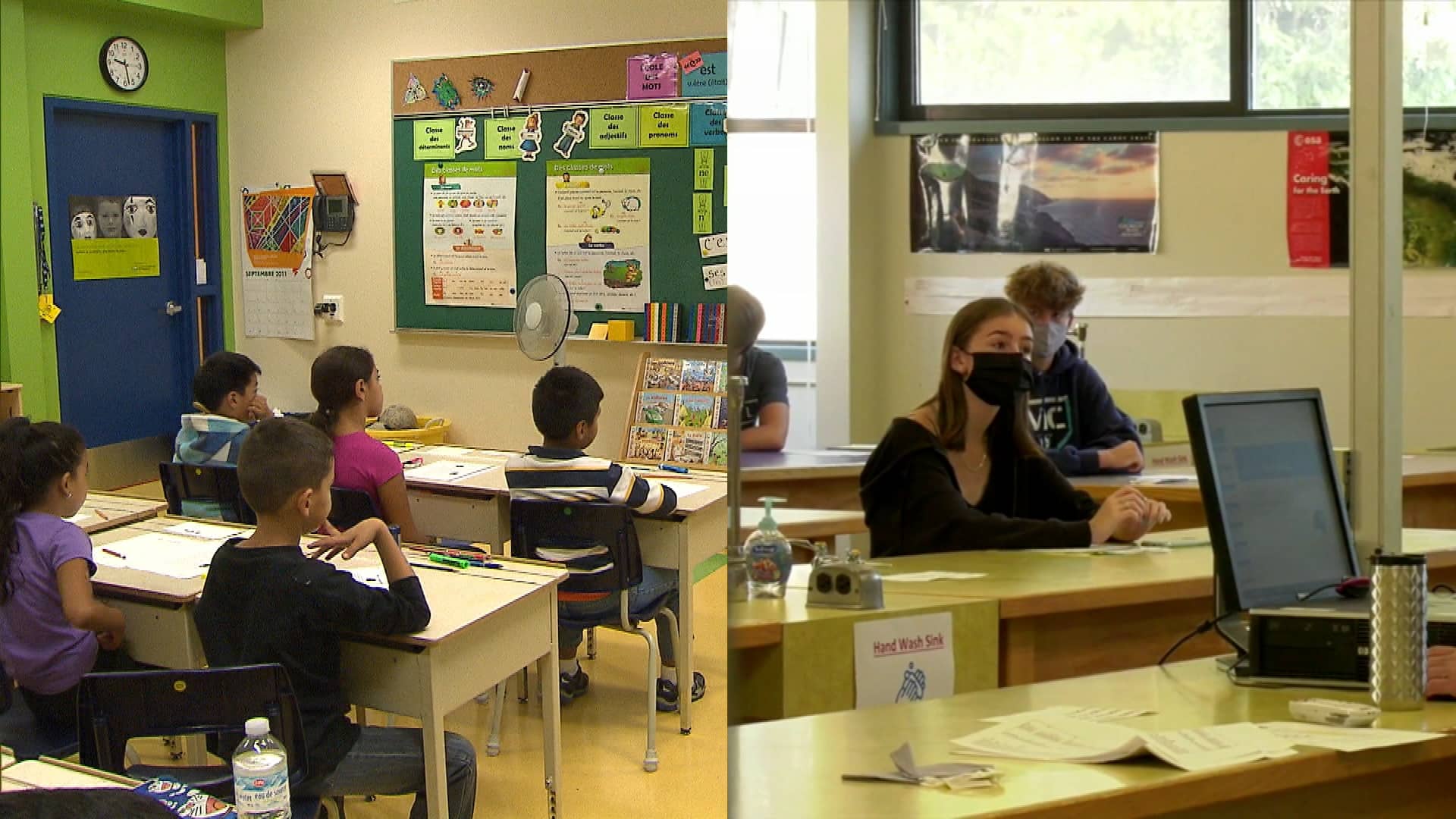 The greater Montreal area, as well as the Quebec City and the Chaudière-Appalaches regions, were designated as red zones under the province's COVID-19 alert system last week. As of midnight Monday, three towns in the Gaspé region will join them.

As of Oct. 2, there were 1,423 active COVID-19 cases in Quebec schools, across the province's network of 3,089 public and private schools.

No more sports, for now

The new prohibitions on sports and gyms extend to organized recreational activities such as yoga and aerobics.

Isabelle Charest, the province's minister responsible for sports, said she was disappointed to make the announcement but they were necessary given the rise in cases.

"I know how important sport is to school success, for mental health, for motivation and, of course, for physical fitness," said Charest, a former Olympian short-track speedskater.

"I know how important sports are, but this ordeal we are going through, it requires sacrifice on all our parts."

Monday was the fourth day in a row where Quebec's daily total has exceeded 1,000.

Last spring, there were only five days when the province saw more than 1,000 cases — the highest of which was on April 15, when there were 1,104 cases reported.

Although the rate of positive results was higher in April and May, suggesting there were more cases in the community at that time, experts say the second wave of the virus presents distinct challenges.

Hospitalizations have also begun to climb in the province in recent days.