Is the SAQ an essential service? A closer look at Quebec's business shutdown

Much of Quebec's economy activity will grind to a halt at midnight tonight as the premier puts the province "on pause until Easter," in an attempt to stop the spread of the novel coronavirus.

Legault puts province 'on pause until Easter' to contain COVID-19

Much of Quebec's economy activity will grind to a halt at midnight tonight as the provincial government ramps up its efforts to stop the spread of the novel coronavirus.

The province has released a list of essential services that will be allowed to remain open. They include:

In making the announcement Monday, Premier François Legault said the rise in COVID-19 cases forced the province to act.

"We must put Quebec on pause until Easter," he said.

But the list — released late Monday — has prompted some questions and concerns from workers and advocacy groups. At his Tuesday news conference, Legault said the list would be updated regularly in response to any concerns.

What to do about alcohol?

The union representing employees of the Société des alcools du Québec (SAQ) has doubts about whether liquor stores should be considered an essential service.

Union president Katia Lelièvre raised concern about how to maintain cleanliness in the store, as people browse and often touch wine bottles, and about how to ensure patrons stay two metres apart from one another.

She proposed a solution: having clients make an order and then pick it up at the store.

For now, the SAQ, which generates more than $1 billion for the government annually, will remain open, though it has reduced its opening hours and the number of people allowed at any one time. (Full details here.)

In neighbouring Ontario, where non-essential economic activities are also being curtailed, Liquor Control Board of Ontario (LCBO) outlets will remain open, as well.

Toronto's medical officer of health, Dr. Eileen de Villa, supported her province's decision to keep LCBO outlets open, noting "whether we care to admit it or not, there are many people in our community who have significant dependence issues with respect to alcohol." She said cutting off the supply "would lead to pretty significant health consequences."

Legault said Tuesday closing SAQ's would put additional strain on grocery stores, where wine is sold. He added, with a wink, that a glass of wine can help "reduce the stress." 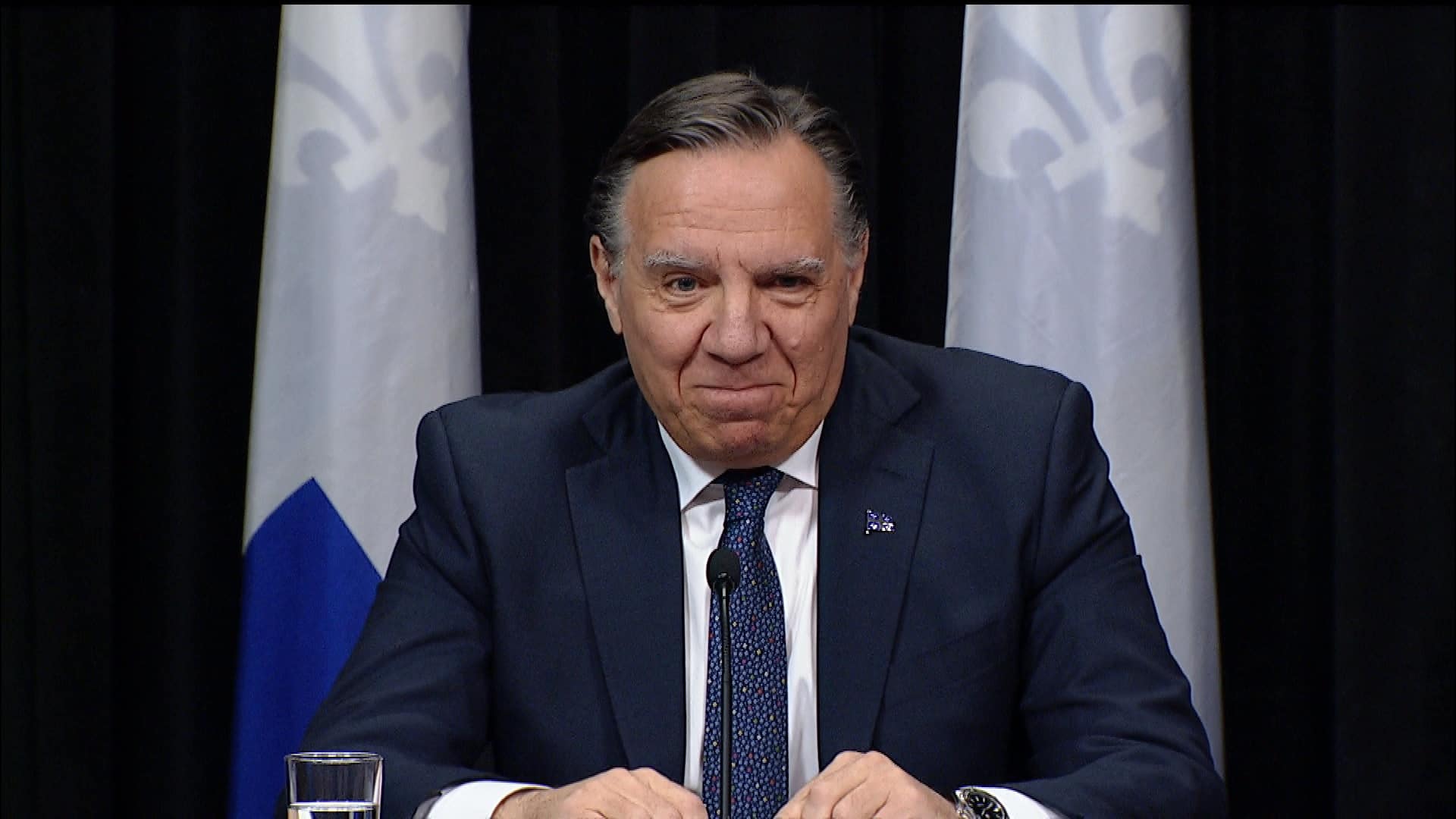 'Sometimes a glass of wine may help'

Should the government cover wages?

Michel Leblanc, the head of Montreal's Chamber of Commerce, said he understands the need for the shutdown. But he said many entrepreneurs feel it's only a matter of time before they're forced to close their doors for good.

"We're saying to businesses at this moment, try to keep the morale," he said.

On Monday, Legault noted there is federal and provincial funding available for workers who won't be paid.

Vélo Québec, for its part, argued bike stores should be allowed to stay open. On Twitter, the cycling group said bikes remain one of the safe modes of transport for workers trying to get to their jobs.

The majority of the province's construction sites and factories are also covered by the order.

There, are however, some exceptions, such as the maintenance of bridges, municipal building and anything deemed a safety risk.

Aluminum smelters are also exempt. Alain Gagnon, the union president for the Arvida aluminum workers, said Monday he doesn't believe it is possible to shut down a smelter within this narrow window without causing "irreversible damage."

"If you stop everything all of a sudden, when you want to start it up again, it costs a fortune," Gagnon said.

In response to those who report being forced to keep going to work, even though their business was deemed non-essential, Legault said: "Well, I think that first if they are convinced that they are in the list of essential services they can stay at home and we'll take care of that after."

Those closing will need more financial support, said Véronique Proulx, the head of the Quebec manufacturers and exporters association.

She said the $2.5 billion dollar loan package the province announced last week is a good start, but won't be enough if the stoppage goes beyond three weeks.

"There needs to be more on the table from the Quebec government to help manufacturers get through it," she said.

With files from Julia Page and Radio-Canada's Tout un matin