The Quebec government is facing backlash from politicians in Western Canada for seeking an injunction against TransCanada over its proposed Energy East pipeline.

The Quebec government is facing backlash from politicians in Western Canada for seeking an injunction against TransCanada over its proposed Energy East pipeline.

"Today's motion is very simple and very clear. It signifies that whoever seeks to build a project in Quebec must comply with all Quebec laws and regulations," Heurtel said.

"This is not only a matter of respect, but equally a question of fairness towards all companies that wish to do business in Quebec."

The announcement comes as TransCanada prepares for hearings at Quebec's environmental review board, known by its French acronym BAPE, next week.

A coalition of Quebec environmental groups filed a court motion against the project for the same reasons two weeks ago.

The Quebec government had previously called on TransCanada to comply with its environmental regulations in letters sent to the company in 2014.

"Unfortunately, we never received a response to these letters," Heurtel told the news conference.

TransCanada has not replied to Quebec's requests for formal notice, saying Energy East is subject only to federal regulation.

On Tuesday, the company said it would participate in the province's environmental review board hearings.

"We want to be as transparent as possible and this is what we are going to do next week at the BAPE," said Louis Bergeron, TransCanada's vice-president for New Brunswick and Quebec.

"That is exact," he said. "It's before the courts. There is interpretation. There are certain aspects I can't talk about, but it is a matter that is of federal jurisdiction under the auspices of the National Energy Board.''

Heurtel said the injunction request shouldn't be perceived as a battle of "East versus West" or one that would pit one province against another.

However, Saskatchewan Premier Brad Wall, an outspoken critic of Quebec's resistance to the pipeline, was quick to criticize the injunction. He said Tuesday that Quebec doesn't have the authority to stop the project.

"I'm very disappointed," Wall said of Quebec's decision to seek an injunction. "It seems of late that we seem to be forgetting what's best about Canada."

Andrew Scheer, Conservative MP for Regina, echoed those sentiments, saying: "[Prime Minister] Justin Trudeau needs to stand by his promises and stand up to the political interference he claims to abhor."

"If Quebec wants to block our pipelines, they should send back the over $10 billion in equalization payments they are receiving this year alone and explain why they prefer Saudi and Nigerian oil over Canadian oil," Jean said in a statement.

"As Albertans become increasingly worried about mounting job losses, these types of short-sighted political games will only increase regional tensions across Canada." 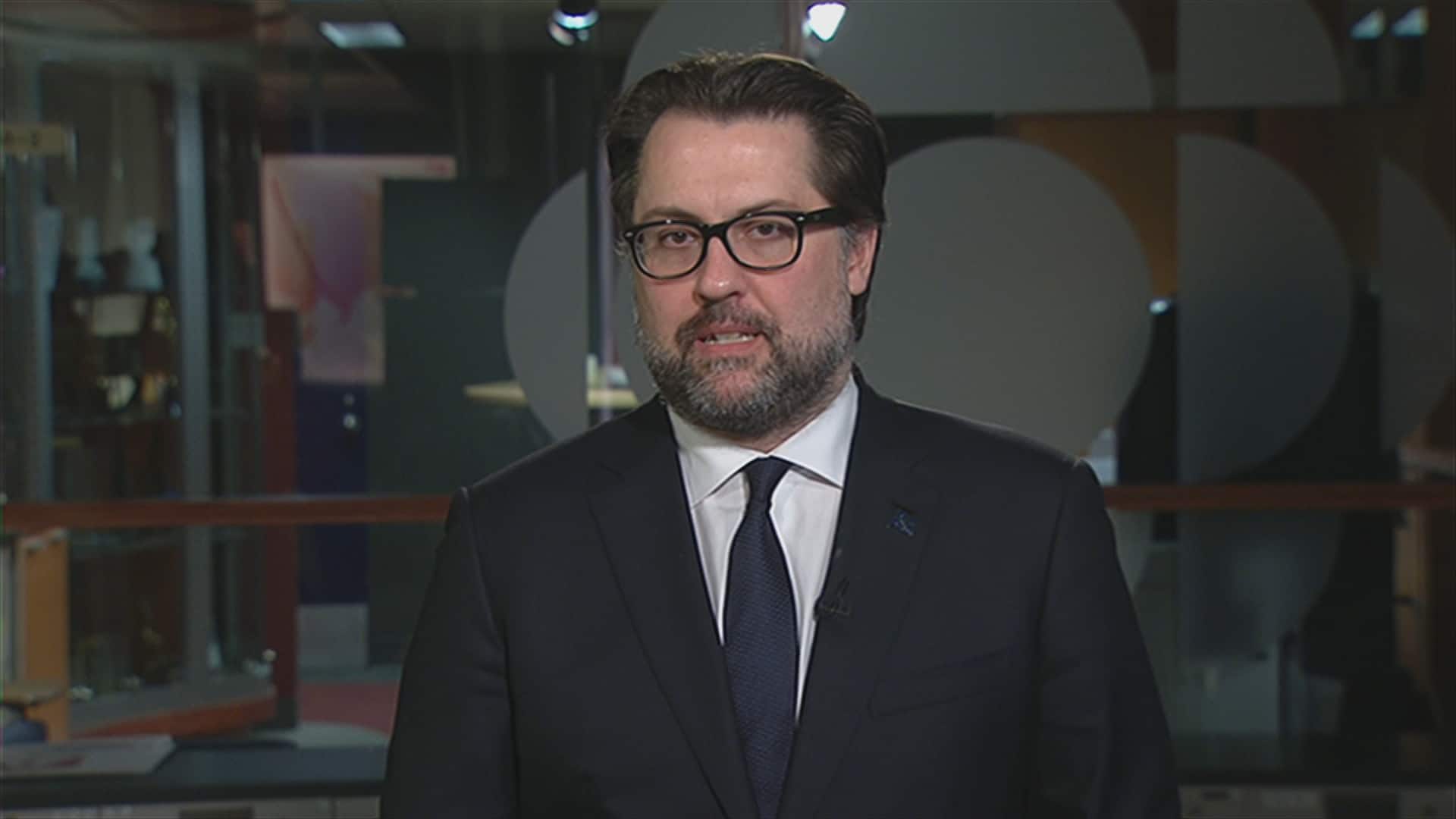 5 years ago
12:19
Quebec Environment Minister David Heurtel discusses his government's move to seek an injunction against the Energy East pipeline. 12:19

But one pipeline proponent struck a different tone in reaction to Quebec's decision to seek the injunction.

Alberta Premier Rachel Notley said Quebec appeared to be using the injunction to seek a review of the pipeline project, pointing out that Ontario had conducted a similar review recently under the auspices of its energy board.

"It's not my view that this represents any significant change [in Quebec's position]," Notley said.

She distanced herself from the "divisive name calling" approach taken by other western politicians.

But while Notley acknowledged that Quebec has the right to undertake an environmental review, she also warned that the province shouldn't try to interfere with federal government jurisdiction.

"That's where we run into a lot of problems," she said.

"The NEB [National Energy Board] is the process that drives this."

With tempers flaring, Trudeau attempted to find common ground among the various parties. He said all wanted to balance economic growth with environmental concerns.

"Canadians are united right across the country about wanting the kind of future for their kids and their communities that we know we need to be building and, at the same time, make sure we're doing it in a responsible, sustainable, environmentally sound way," Trudeau told reporters.

"That's something that Albertans and Quebecers and everyone across the country is united in wanting."

The project has faced strong criticism in Quebec, with many municipalities arguing the environmental risks outweigh the economic rewards.

Heurtel said the decision to pursue legal action does not mean the province has made a final decision on the project.

"I want to point out that this should not be interpreted as us being for or against the project," he said. "Rather, as in other provinces, it is an attempt to have our laws and regulations respected."