Quebec lays out how COVID-19 curfew will be enforced

Public Security Minister Geneviève Guilbault suggested that essential workers get a letter from their employer to prove that they have to be out at a certain time.

Quebec Public Security Minister Geneviève Guilbault said Thursday that police will have the power to issue tickets to people caught violating the newly announced 8 p.m. curfew without a valid reason.

She said the enforcement of the new rule will rely on the "judgment and discernment" of police officers who are used to making difficult calls in the application of laws and rules.

The new measures will go into effect Saturday and will last until Feb. 8.

Guilbault said that people who are circulating outside their home, or private property, after 8 p.m. and before 5 a.m. should be prepared to justify their trip under one of the government's accepted reasons for breaking curfew.

"It will be the responsibility of that person to show to the police officer that they have a good reason to be out of their home," she said.

Guilbault suggested that essential workers get a letter from their employer to prove that they have to be out past curfew.

She suggested that people carry proof of a valid reason for being out, such as a health services ID card or a receipt from a visit to the pharmacy, for example. 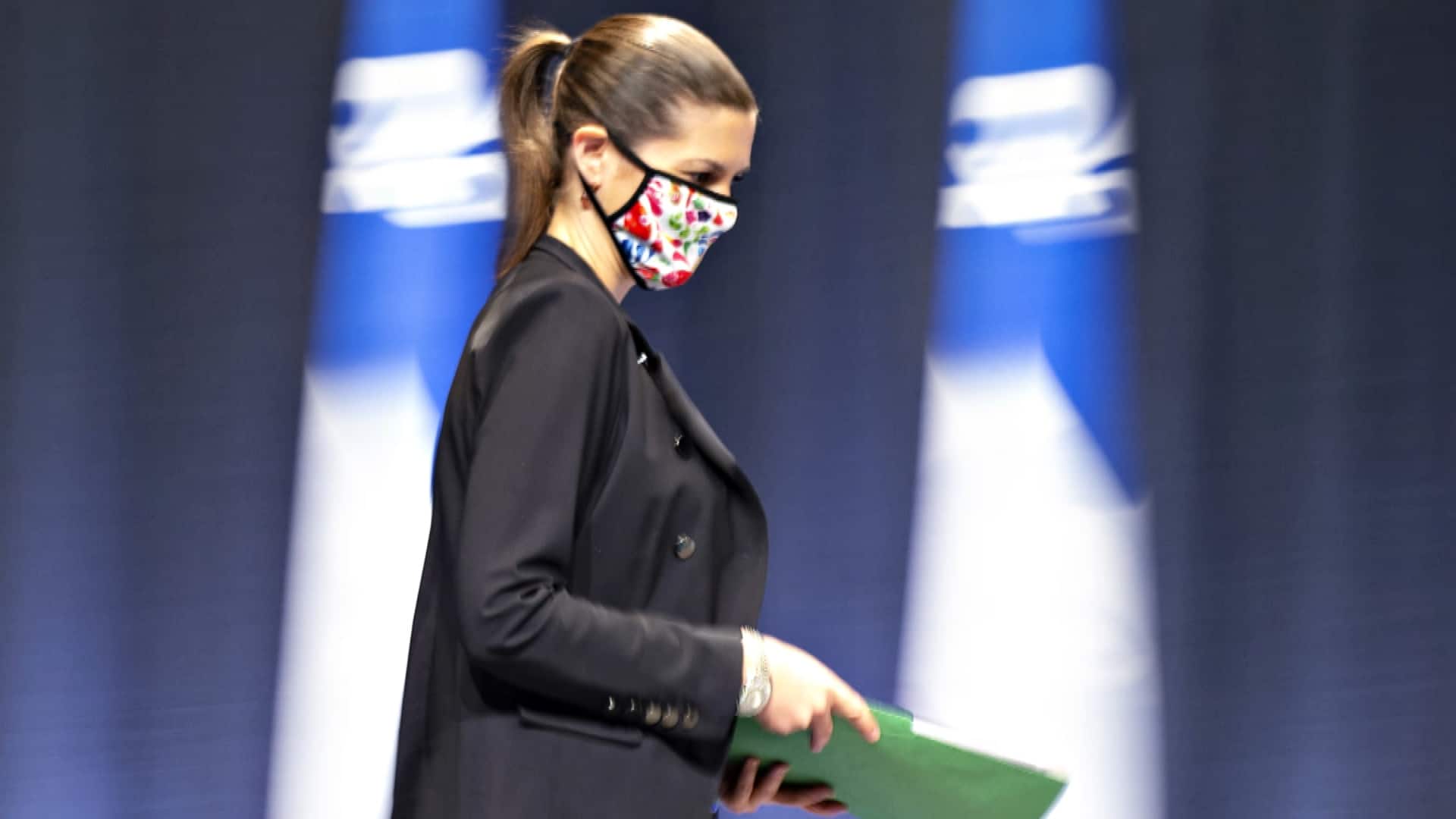 Curfew: Don't go out. If you do, be prepared to explain why

2 months ago
0:37
Public security minister Geneviève Guilbault says the premise of the curfew is clear: if you're out between 8 p.m. and 5 a.m., police can stop you and may fine you if you don't have a legitimate reason. 0:37

Most of all, Guilbault said that this curfew "won't change much in the lives of people who already follow the rules. For the minority who continue to gather ... it will become a lot more difficult."

Guilbault said that there will always be exceptions to the rule and the government tried to imagine scenarios in which people may have to go out past 8 p.m.

She said police have the power to stop people on foot or in vehicles and to inquire their reasons for being out. Those found to be without a valid justification can be fined.

"I am confident that they will apply the rule with a lot of judgment and efficiency," said Guilbault.

She also clarified that people are allowed to be outdoors in their own backyards or to walk a dog within a one-kilometre radius of home but late-night jogs or smoking on public sidewalks is not allowed.

The curfew also applies to homeless people, but Guilbault said police are not going to target homeless communities unfairly by issuing tickets just for the sake of it. Instead, municipalities will be tasked with helping to direct homeless people to shelters.

The executive director of the Canadian Civil Liberties Association described a curfew as an "extraordinary'' measure that is usually applied to criminals and high-risk offenders on bail.

Michael Bryant said he fears the measure could lead to overzealous ticketing and arbitrary police stops that have been shown in the past to excessively target people who are Black, Indigenous, homeless or poor.

"I think you're going to see people were being ticketed, basically, for being poor and homeless, not because they're a public health risk,'' he said.

Bryant said the government should provide data proving a curfew is necessary and effective before imposing such a significant limit on people's liberties. That information, he explained, is also part of the criteria used to determine whether an order is constitutional.

Naveed Hussain, a nurse at the McGill University Health Centre, says many health-care workers are at risk of being stopped by police because they are racialized and work late hours.

Hussain said he's hopeful, however, that interactions between people of colour and the police will go smoothly after the curfew enters into effect.

"I'm really hopeful that we can come to an understanding that everything will work out in a positive way,'' he said in an interview Thursday.

Following Guilbault's announcement, Montreal police issued their own statement saying that they will organize personnel for the "rigorous application of these measures."

The SPVM said its legal affairs team will analyze the government directive in order to "specify the scope of police powers in connection with these new provisions."

"The SPVM would like to stress that a preventive and adapted approach will be favoured for people in vulnerable situations," reads the statement.

Does not apply in case of domestic violence

Despite the new rules, Guilbault stipulated that under no circumstances should people living in domestic abuse situations feel that they cannot leave a violent environment because of the curfew.

"In no case do we want this curfew to prevent you from leaving a living environment that is unhealthy for you or your children," she said.

Emphasizing that this measure is aimed at reducing private gatherings, Guilbault said that now is the time for Quebecers to co-operate to help break the second wave.

"Now there's hope, very concrete hope," she said, referencing the ongoing vaccination campaign. "There's light at the end of the tunnel, we can see it."