Quebec has announced a new, colour-coded regional alert system aimed at keeping the public informed about the state of COVID-19 in the province.

Quebec has announced a new, colour-coded regional alert system aimed at keeping the public informed about the state of COVID-19 in the province.

The system is intended to help people understand the current level of risk, but also what actions will be taken in the event of serious outbreaks.

"We need a system that's going to inform the population as the situation changes," said Dr. Éric Litvak, a strategic medical advisor at Quebec's public health department. "What is the risk level? How is it changing?"

The four levels are:

Health Minister Christian Dubé said Tuesday the assessments for each region will be updated weekly. A region's alert level will be based upon three criteria: the epidemiological situation, the rate of transmission and the capacity of the region's health-care system.

Public Security Minister Geneviève Guilbault will be involved in discussions around ratcheting up penalties should a region move into a higher state of alert, he said.

The province will be willing to get tougher, Dubé said, "if we need to go there, because we don't want to get into the red zone."

Dubé said more tickets have already been given in the last few days "because we knew we would have to start doing that in the yellow tier."

There are currently four regions in the yellow, or early warning, tier of the system: Quebec City, the Eastern Townships, the Outaouais and Laval. The province's other regions, including Montreal, are in the lowest tier.

Dubé said he has spoken with Montreal Mayor Valérie Plante about the need for "a more targeted approach with certain subregions," given that infection levels might vary across different parts of the city.

He said Dr. Mylène Drouin, the director of Montreal's public health agency, will work with public health teams around the city to implement that approach.

WATCH: Dubé speaks about the 'stick and carrot' approach of the alert system 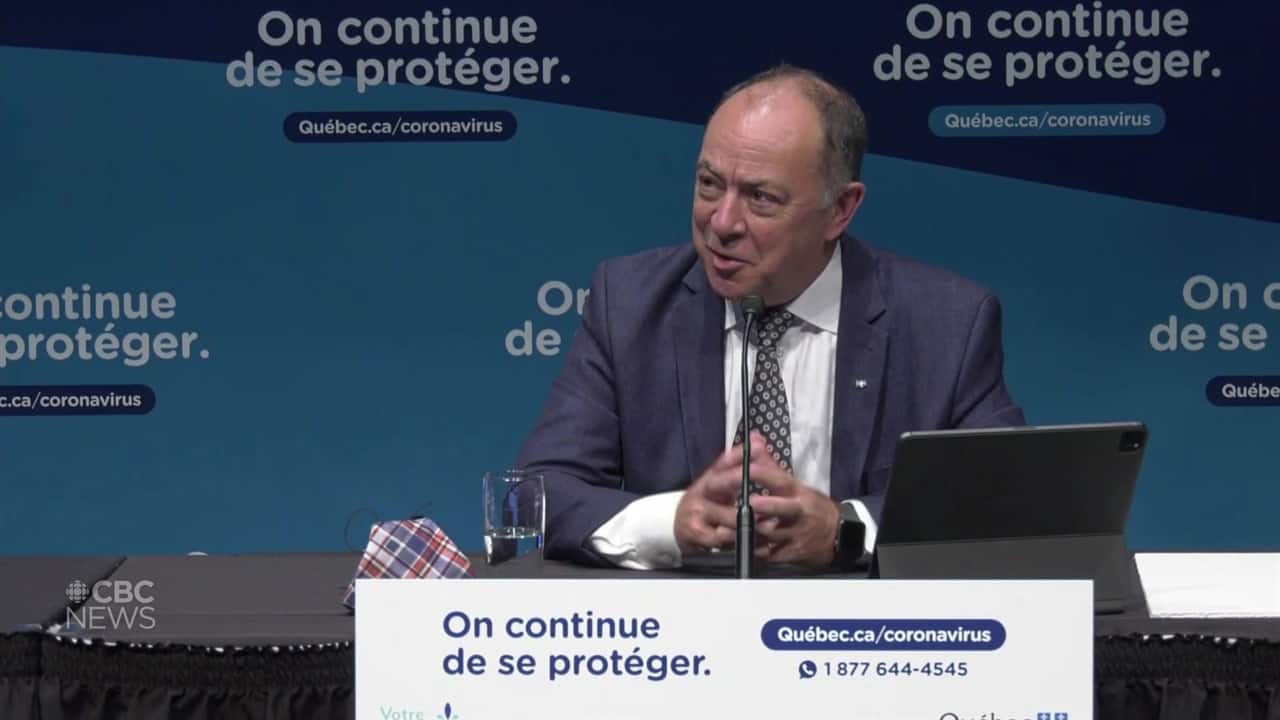 The new system comes as the province has seen an increase in the number of daily confirmed cases of COVID-19.

Quebec reported 163 cases on Tuesday, after 216 new cases on Monday.

That means the province now has a seven-day moving average of 21.8 cases per million inhabitants.

Quebec's health authorities had previously said they hoped to keep that number below 20 cases per million.

Dr. Cécile Tremblay, a microbiologist and infectious disease specialist with the Université de Montréal hospital network, said the increase in recent days is cause for concern.

"There is some confinement fatigue, so people take their chances and have parties at home. So the cumulative effect is an increase in community transmission," she said.

Tremblay expects the daily case count to rise further in the coming weeks, following the opening of schools and the Labour Day long weekend.

"Everybody needs to be aware that it's not the time to relax our behaviour in terms of distancing and wearing masks. It is important to intensify these measures."