Who are the victims in the Quebec City stabbing attack?

The coroner has identified the two people who died in the Halloween night attack as François Duchesne, 56, and Suzanne Clermont, 61. Five others were taken to hospital and are expected to survive.

The texts lit up Michel Clermont's cellphone as it sat forgotten in his car. His son, Anthony, tried to alert his father about his sister's death for nearly an hour on Sunday.

Finally, his father's girlfriend picked up the phone.

Michel Clermont had seen the news about what had happened in his older sister's neighbourhood that morning.

Now, he was learning that his favourite person in the family, the one with whom he'd catch up with through weekly phone calls — she in the old capital's famous Remparts neighbourhood and he in scenic La Malbaie, Que. — was gone.

"We were so close, so close," Clermont recounted through muffled sobs Monday afternoon as he visited a memorial for the victims killed during a stabbing attack on Halloween night.

Both Clermont, a hairdresser, and Duchesne, director of communications and marketing at the Musée national des beaux-arts du Québec (MNBAQ), were residents of the city.

"I just can't believe something like this can happen. She was so wonderful," Michel Clermont said, recounting how much his sister loved living in the old city and had been in that neighbourhood for nearly 25 years. 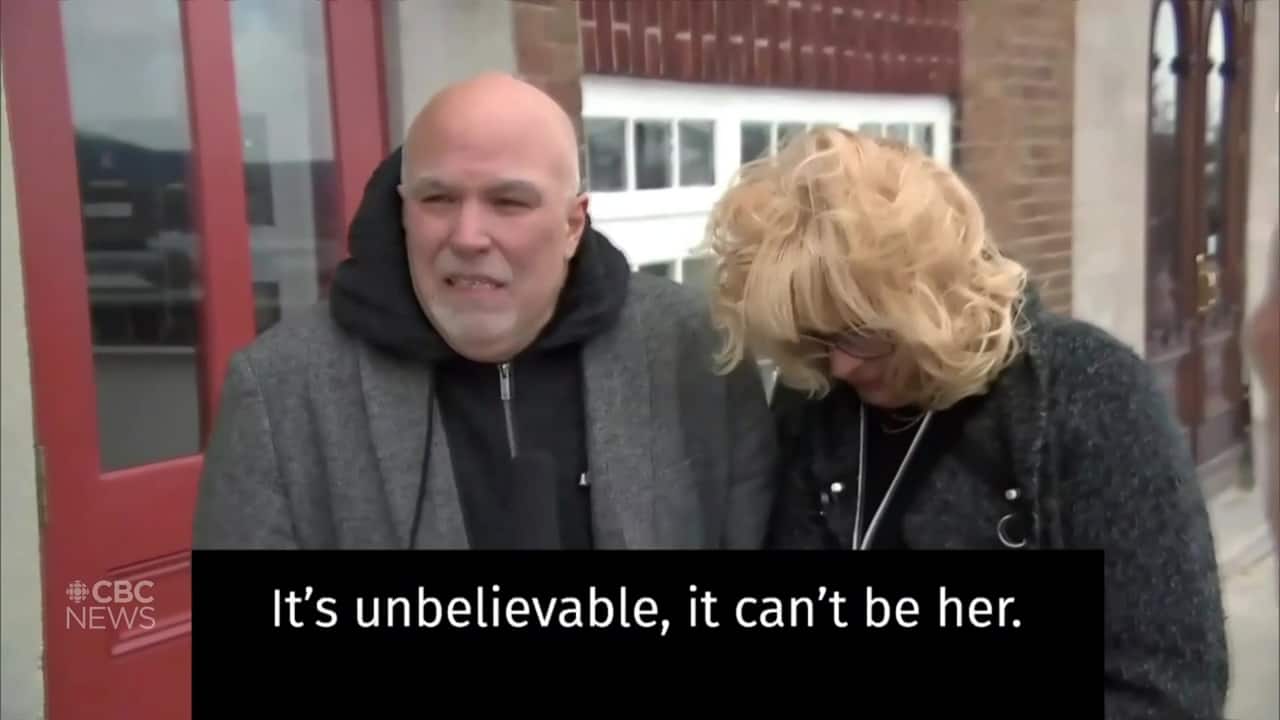 Officers arrested 24-year-old Carl Girouard of Sainte-Thérèse, Que., north of Montreal, in connection with the attack. He has been charged with two counts of first-degree murder and five counts of attempted murder.

On Sunday morning, friends placed a bouquet of flowers in front of the building where Suzanne Clermont — who worked at Salon Les Z'ongles, just a few blocks away — lived with her longtime partner, Jacques. Michel Clermont says Jacques is still in hospital and that the family is still awaiting news.

"Everyone feels very vulnerable, but at the same time we're all very sad, because she was our ray of sunshine," said Francine Matteau, who lives a few doors away but did not witness the attack.

She and Suzanne Clermont were part of a close-knit circle of perhaps a dozen friends who had commandeered a public space across Rue des Remparts, where most dwellings don't have backyards or balconies, for their physically distanced pandemic gatherings.

"Our little group from the neighbourhood, which we call the little village ... we had dedicated this space, between the cannons, as our living room. So we would bring our chairs and have a 5 à 7, and sometimes they'd drag on a little bit," Matteau told Radio-Canada.

Deputy Premier Geneviève Guilbault, assisting a vigil on that same street in Clermont's honour Monday night, said she'd been to one such gathering and knew Clermont well. 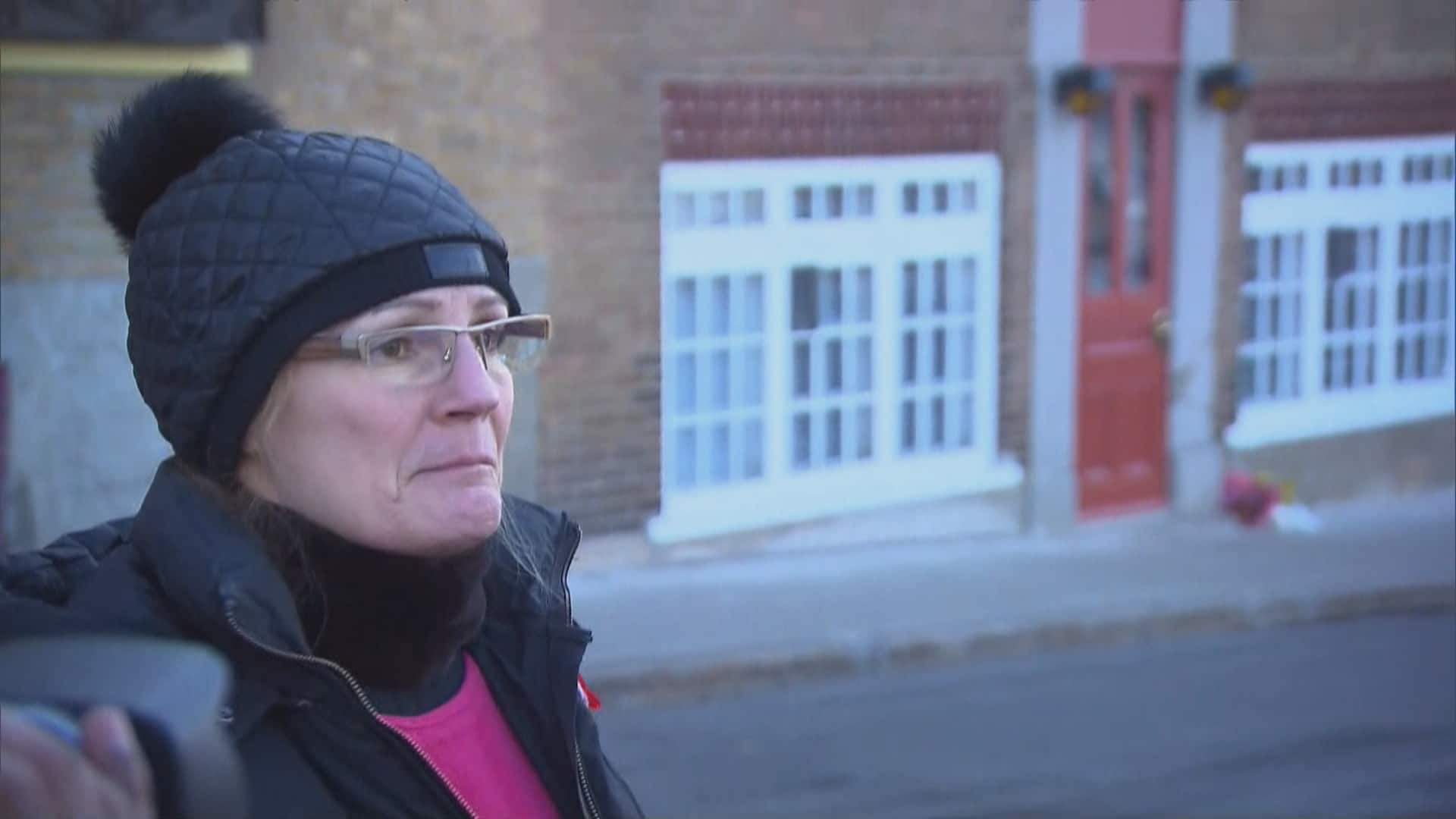 4 months ago
0:34
Lucie Painchaud, one of Suzanne Clermont's friends and neighbours, says she was shocked to find out about her death. 0:34

"Suzanne was an extraordinary, adorable woman; she was always in a good mood, smiling, happy; she radiated happiness at all times, you know," Guilbault told reporters at the vigil.

Claire Thériault, who was also at the vigil, was a friend of Clermont's and a customer at her salon.

"She was always talking to everybody in the neighbourhood," Thériault said, adding Clermont was the president of the local citizen's group and would organize activities and had a knack for bringing people together.

Lucie Painchaud was another one of Clermont's friends and neighbours. She and Clermont bonded during the summer months, when neighbours would gather at the end of the street for some social interaction amid COVID-19 restrictions.

"She was such a kind and sympathetic person," Painchaud said. "It's unbelievable."

The attack occurred just outside Clermont's front door, where she regularly stepped out to smoke a cigarette before bedtime.

Duchesne, who had gone out for a run, died a short while earlier on rue du Trésor, near the Château Frontenac hotel.

He was appreciated by the people who knew him, said Carol Proulx and Sylvain Duchesne, co-owners of a clothing store on St-Jean Street, who knew both victims. Clermont worked in the building right next door to their store.

"Finding out how close to home this was, how unexpected, is very surprising," Proulx said.

Sylvain Duchesne said he's in disbelief that he will never see the two again.

"Barbarism like that is frustrating. It's shocking," he said.

The MNBAQ community is in shock after Duchesne's death, a museum spokesperson said in a statement.

"The entire team at the Musée national des beaux-arts du Québec wholeheartedly supports the family and loved ones of François, with whom we sympathize, but also with the families and loved ones of all the victims of this inexplicable tragedy," the statement said.

Jean-Luc Murray, the museum's director general, is expected to give a statement early this week.

Nathalie Roy, Quebec's minister of culture, offered her condolences to all of the victims' families and said the cultural community is shaken to hear of Duchesne's death.

The identities of the five other victims, who included two local residents who are French nationals, are covered by a publication ban.