A 24-year-old man has been charged with two counts of first-degree murder and five counts of attempted murder after allegedly attacking seven people with a sword in the historic district of Quebec City while dressed in a medieval outfit on Halloween night.

A 24-year-old man has been charged with two counts of first-degree murder and five counts of attempted murder after allegedly attacking seven people with a sword in the historic district of Quebec City while dressed in a medieval outfit on Halloween night.

Court documents identify the accused as Carl Girouard. The tall, thin man with dark hair appeared before a judge by video conference on Sunday. He is expected back in court on Thursday.

The documents do not reveal Girouard's home address, but Radio-Canada has learned he is from Sainte-Thérèse, Que., a town located about 20 kilometres northwest of Montreal.

Police issued a statement on Twitter on Sunday afternoon saying that the coroner had identified the two victims who lost their lives as François Duchesne, 56, and Suzanne Clermont, 61.

The court has ordered a publication ban on any information that could identify the other five victims in this case, according to a spokesperson for the director of criminal and penal prosecutions.

On Halloween night, police were contacted at about 10:30 p.m. and discovered victims in at least four locations, including near the Château Frontenac hotel, on du Trésor Street, and on des Remparts Street, according to Radio-Canada.

After a two-and-a-half-hour manhunt, a man was arrested shortly before 1 a.m., about one kilometre north of the area in the city's Old Port.

​Quebec City ​police Chief Robert Pigeon said during a news conference Sunday morning that the man came to the capital "with the intention of doing the most damage possible."

Pigeon said that "everything leads us to believe he chose his victims at random," adding that he believes the crime was premeditated.

WATCH | A breakdown of what happened Halloween night: 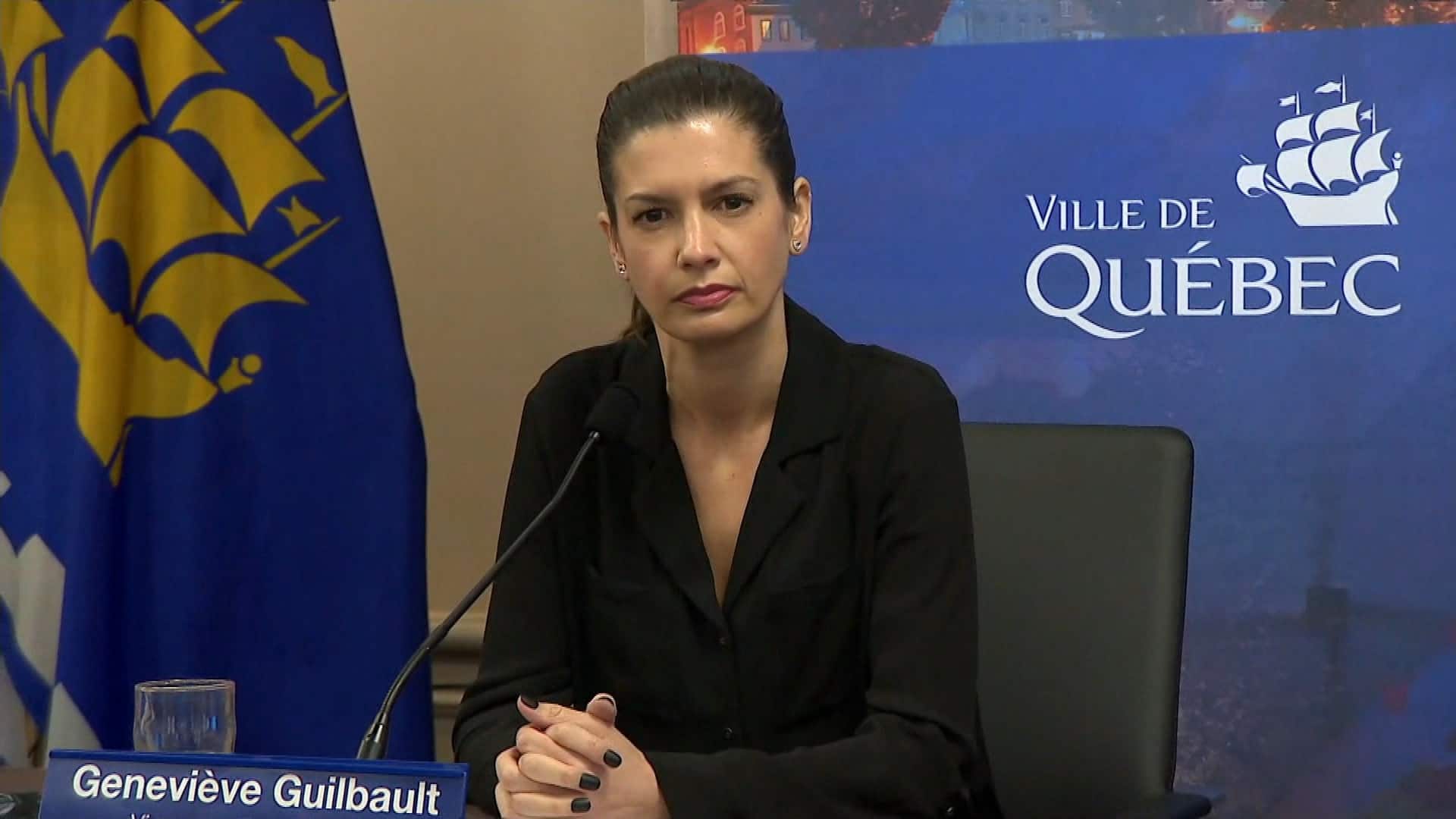 He said the police investigation has found that the accused is not associated with any terror group.

The man was carrying a Japanese katana-style sword, Pigeon said.

The police chief said Girouard does not have a criminal record, but he did reveal five years ago in a "medical context" that he wanted to commit a violent act.

Pigeon said police currently have no reason to believe the attack was motivated by religious or political reasons.

The accused was initially taken to hospital for evaluation.

Police say they do not fear for the lives of any of the five people who sustained injuries in the attack.

"Quebec is waking up after a night of horror. Words fail me to describe such a tragedy. I offer my condolences to the loved ones of the victims," Quebec Premier François Legault wrote Sunday morning on Twitter.

In a release issued later in the day, Legault wrote that "the Quebec population is once again put to the test."

"As tragic as these events are, don't lose sight of the fact that this is not representative of a community that is characterized by its warmth," he said in the statement.

"The city and the citizens of Quebec can count on the firm support of the government during this terrible tragedy."

Quebec City Mayor ​Régis Labeaume told reporters on Sunday morning that he felt like he was reliving the events of January 2017, referring to a shooting at a mosque that left six people dead.

He called the stabbing incident "terrifying" and "impossible to understand."

​Labeaume offered his sympathies to the families of the victims and those who were injured.

​Public Security Minister Geneviève Guilbault said she was "devastated" when she learned about the incident in the early hours of Sunday morning. 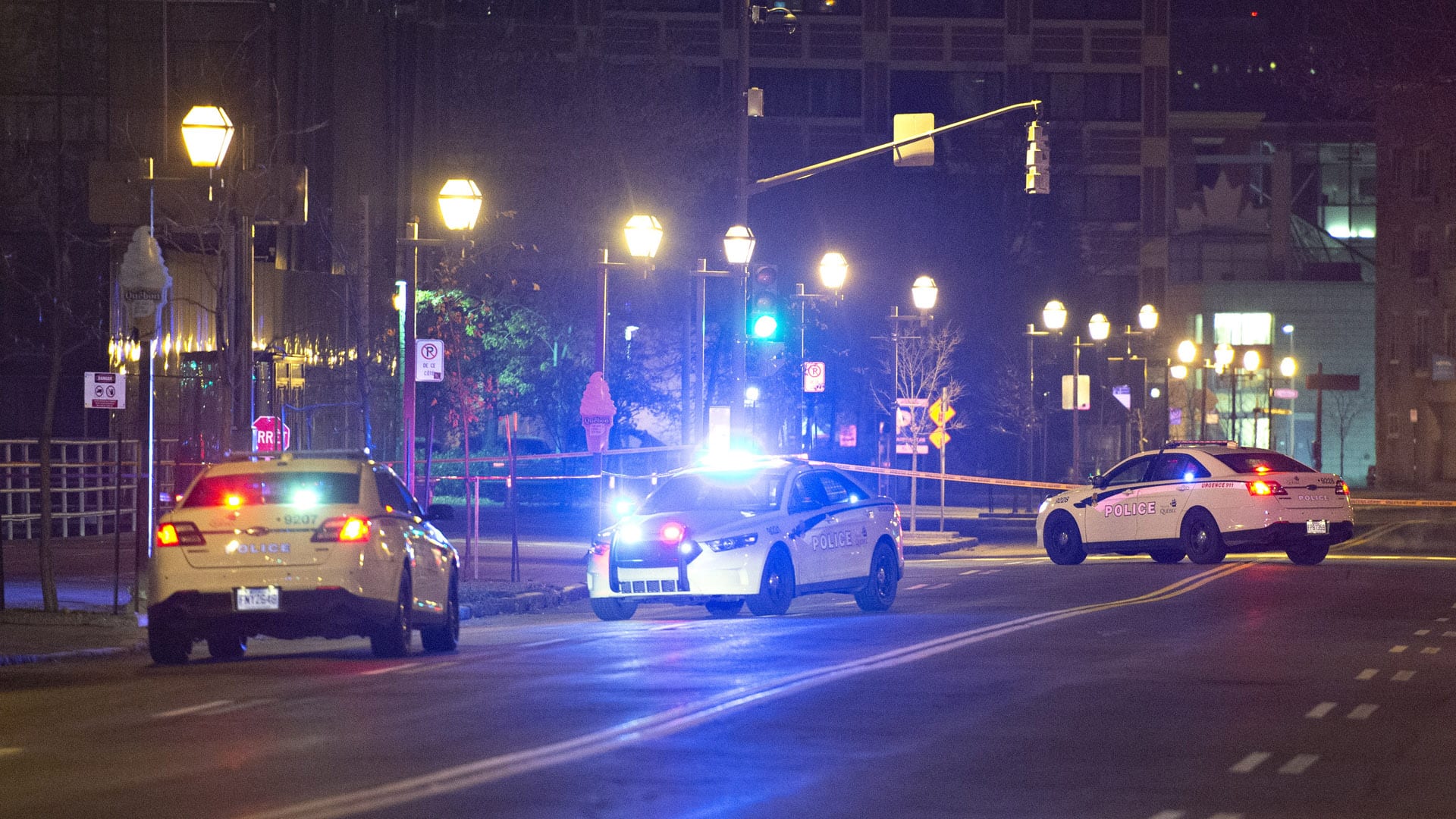 1 month agoVideo
5:47
Two people are dead and five wounded after a series of stabbings in the historic district of Quebec City. One suspect has been arrested. 5:47

"It really plunges us into a scene of horror," she said, noting that Quebec City is a typically safe and calm place.

Prime Minister Justin Trudeau also tweeted his response to the attack, saying his thoughts were with the victims and thanking the first responders.

My heart breaks for the loved ones of the two people killed in last night’s horrific attack in Quebec City. I’m also wishing a full recovery to the injured. We’re keeping you in our thoughts and will be there for you. To all the first responders, thank you for your critical work.

Martin Rioux was walking with his partner toward the Dufferin Terrace late Saturday night when they saw two police cars and a body on the sidewalk.

"We were really witnesses to the manhunt," he said.

"There was a lot of adrenaline," Rioux said. "Especially when you see police officers walking and running with their weapons drawn."

According to Radio-Canada, a security guard at the Quebec City Port eventually spotted the man and alerted police.

Police arrested Girouard in the area of the Espace 400e business park on Abraham-Martin Street shortly before 1 a.m. on Sunday.

The Quebec City police department deployed all of its efforts to control the situation, Pigeon said during Sunday's news conference.

Investigators have their work cut out for them, with 25 areas being treated as potential crime scenes where evidence is being gathered.

The flag at the National Assembly in Quebec City has been lowered to half-mast in honour of the victims.

With files from Susan Campbell, Radio-Canada and The Canadian Press