A callout from the Grand Marché was answered by dozens of households offering up their backyard apples.

Walking along the Saint-Charles River in Quebec City this time of year, fallen crabapples line the sides of the path.

Occasionally, a passerby will scoop one up from the ground, but for the most part, they are left there to rot.

The sight of the fallen apples gave Jade-Èva Côté-Rouillard an idea.

"We used to walk around the river and we would always see all those apples left out and we were wondering if there was something we could do about it," said Côté-Rouillard, who is the general manager of the Grand Marché de Québec.

Rather than see all these apples go to waste, Côté-Rouillard and her team decided to try collecting them and having them converted into an urban cider.

The project didn't stop there.

"We realized a lot of people have apples that they just don't pick [...] so we decided to ask people on Facebook if they wanted to contribute," Côté-Rouillard told CBC's Breakaway.

"We were really surprised, so many people responded to us."

This week, members of the market team and volunteers visited houses across Quebec City to pick apples in backyards and gardens.

Côté-Rouillard said that picking the apples proved to be hard work and she was grateful for the help she received from the community.

"I always feel like there's a solution. Some people will come and you'll just find a way."

Once the apples are all collected they will be processed by the Ciderie Intrus, a Quebec City-based company that produces cider from local apples.

"We called them and they were very happy about the project, so they were all in," said Côté-Rouillard.

She explained the cider will be made from a mix of crabapples and regular apples so it won't be too bitter.

The final product is expected to be available for purchase at the market in spring 2022.

Côté-Rouillard said she's happy they were able to get this initiative started and with the help of residents.

"It's really great that we just get together and, at the end, everything is not perfect, but we learn from it and we do something that's quite amazing, I think." 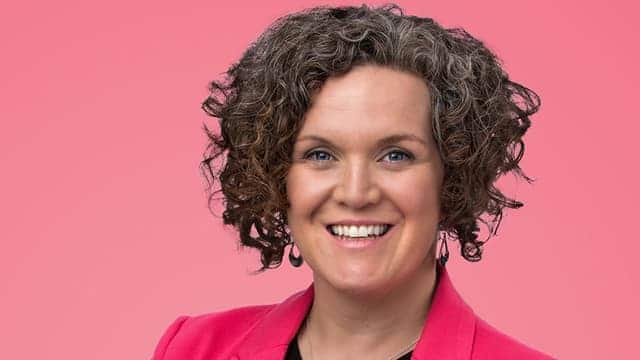 Breakaway7:52Urban cider in Quebec City
Making cider out of lost apples. The Grand Marché de Québec is calling on the citizens of Quebec City to elaborate a destinctive Quebec region cider. Breakaway guest host Allison Van Rassell speaks with the general manager of the Grand Marché to find out more about this project. 7:52

With files from CBC Breakaway