Quebec Premier Philippe Couillard says his province isn't the only one with a corruption problem. "We had the courage to face it," he says, responding to the release of the Charbonneau report. 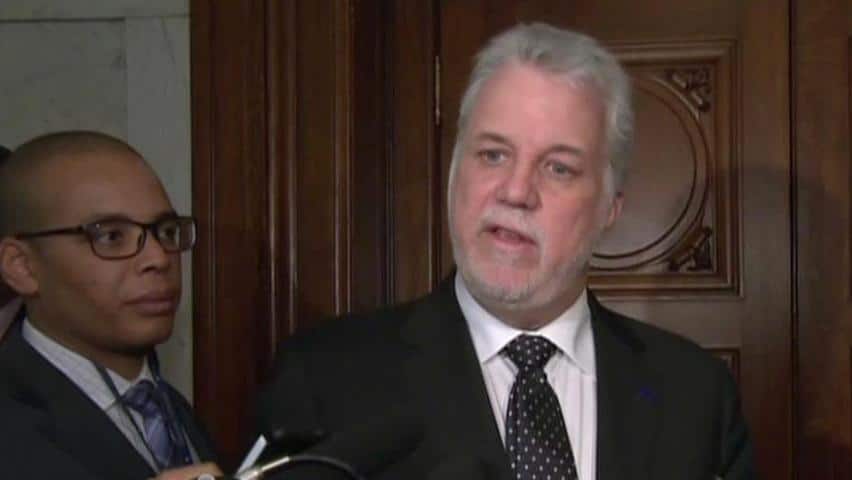 Philippe Couillard on the Charbonneau report

5 years ago
1:18
Premier Philippe Couillard says the Quebec government will look closely at the 60 recommendations laid out in the Charbonneau report. 1:18

Quebec Premier Philippe Couillard says his province isn't the only one with a corruption problem.

Couillard made the comment following the release of the Charbonneau commission's report on Quebec's construction industry, which concluded corruption and collusion in the granting of public contracts are "far more widespread than originally believed."

"I would bet that in any province, if you run a similar exercise, you would find similar events or similar impressions," Couillard told reporters in Quebec City.

"We had the courage to face it... We faced it, we are acting on it now, and let's move forward as a free and democratic society."

Couillard said his government will "closely study the recommendations," which he contends go far beyond his own ruling Liberal Party.

"I think it's the political class in general," he said.

The premier added that stricter rules governing political-campaign financing have already helped limit the influence of organized crime in politics.

For his part, Parti Québécois Leader Pierre Karl Péladeau said he would take time to read through the report before offering his own take.

The initial push for an inquiry into construction-industry corruption came after a 2009 Radio-Canada report alleging ex-construction magnate Tony Accurso had used his connections to access the federation's Solidarity Fund.

In a statement, FTQ president Daniel Boyer called the three-and-a-half years of hearings a positive exercise which raised awareness and called into question behaviours and practices that has hurt Quebec's progress.

Boyer noted that the commission did not find corruption was widespread within the FTQ and its Solidarity Fund, even if it did find "certain individuals" had attempted to peddle their influence within the organization and that some former union officers did have links to organized crime.

He said the FTQ now has "zero tolerance" towards organized crime within the ranks of its unions. He said the federation adopted a code of ethics in 2011 and has taken other measures to improve governance of its Solidarity Fund.

"We've turned the page" on that era, Boyer said. "But we will remain vigilant."

Brian Myles, a journalism instructor at l'Université du Québec à Montréal who covered the inquiry for the Montreal newspaper Le Devoir, said the large number of recommendations will give the province a road map for how to further crack down on corruption.

Myles pointed out that ten provincial laws have been passed since 2009, when pressure was first exerted on the former Charest government to launch a corruption inquiry.

However, Myles cautioned that more remains to be done, pointing to a Montreal report on collusion in the snow-removal industry released Monday.

"We have to be careful and cautious," he said.

"We need whistleblowers, we need investigative reporters, and we need that the elected officials stay vigilant," Myles said, "and we hope for — not a culture of corruption but a culture of change in Quebec."