As they struggled to breathe and stay above the water after their canoe capsized in Quebec's Chambly Basin, Rémi Nolet told his best friend to put on the sole life-jacket. The 19-year-old hasn't been seen since.

'He's my best friend, and he saved my life,' Catherine Desautels says 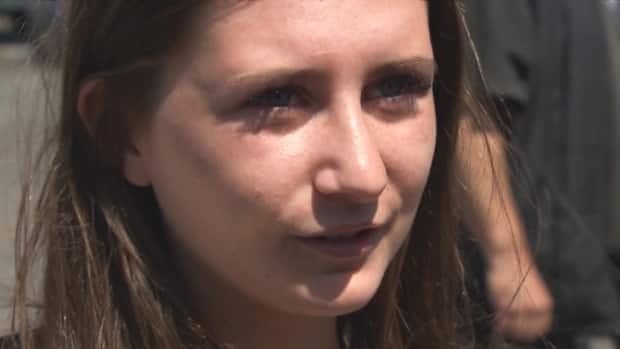 RAW: Watch an emotional Catherine Desautels and her father talk to the media about their hero -- Rémy Nolet.

6 years ago
0:57
Catherine Desautels and her father talk through tears about Rémy Nolet's heroic deed. 0:57

Catherine Desautels and her best friend Rémy Nolet set out by canoe on the Chambly Basin last night eager to grab some pizza before paddling back.

It's a trip the childhood friends had made countless times. But on this night, as they headed home, the wind picked up. The waves turned from exhilarating to menacing.

Before they knew it, they were tossed out of the canoe into frigid water.

The pair managed to stay together for a while — Desautels grabbing hold of her friend as he slipped beneath the surface and pulling him back up. But eventually the waves and the current proved too strong, and the young woman was pushed further and further away from 19-year-old Nolet.

Desautels can't explain why they weren't both wearing life-jackets. It was an unlucky turn because they usually did.

I just kept yelling that everything is OK, that I loved him and that I was going to get help.- Catherine Desautels

The young woman said she was able to fight the current buoyed by the vest, but Nolet slipped further away.

"He tried to fight the water, but I couldn't get to him," she said.

Desautels focused her sights on a church and tried frantically to get to shore. She was having trouble breathing, she was cold, and she could barely feel her legs. She had been in the water for more than two hours.

Then it started to rain.

Eventually, she spotted a white house and figures moving on the shore.

"I screamed like I've never screamed before," she said. "I woke up next to a fire."

She was taken to hospital and treated for shock and hypothermia.

Chambly firefighters searched the water for Nolet until 1:30 a.m. and resumed their search this morning.

Desautels returned to the river bank this morning to help with the search, retracing her path from the shore.

Visibly shaken, she recounted how her friend, whom she'd grown up with and lived next door to her entire life, sacrificed his life for hers.