Quebec's new Liberal government has unveiled a “serious” but “responsible” budget aimed largely at internal belt-tightening, but the worst financial pinch for Quebecers is likely still yet to come. 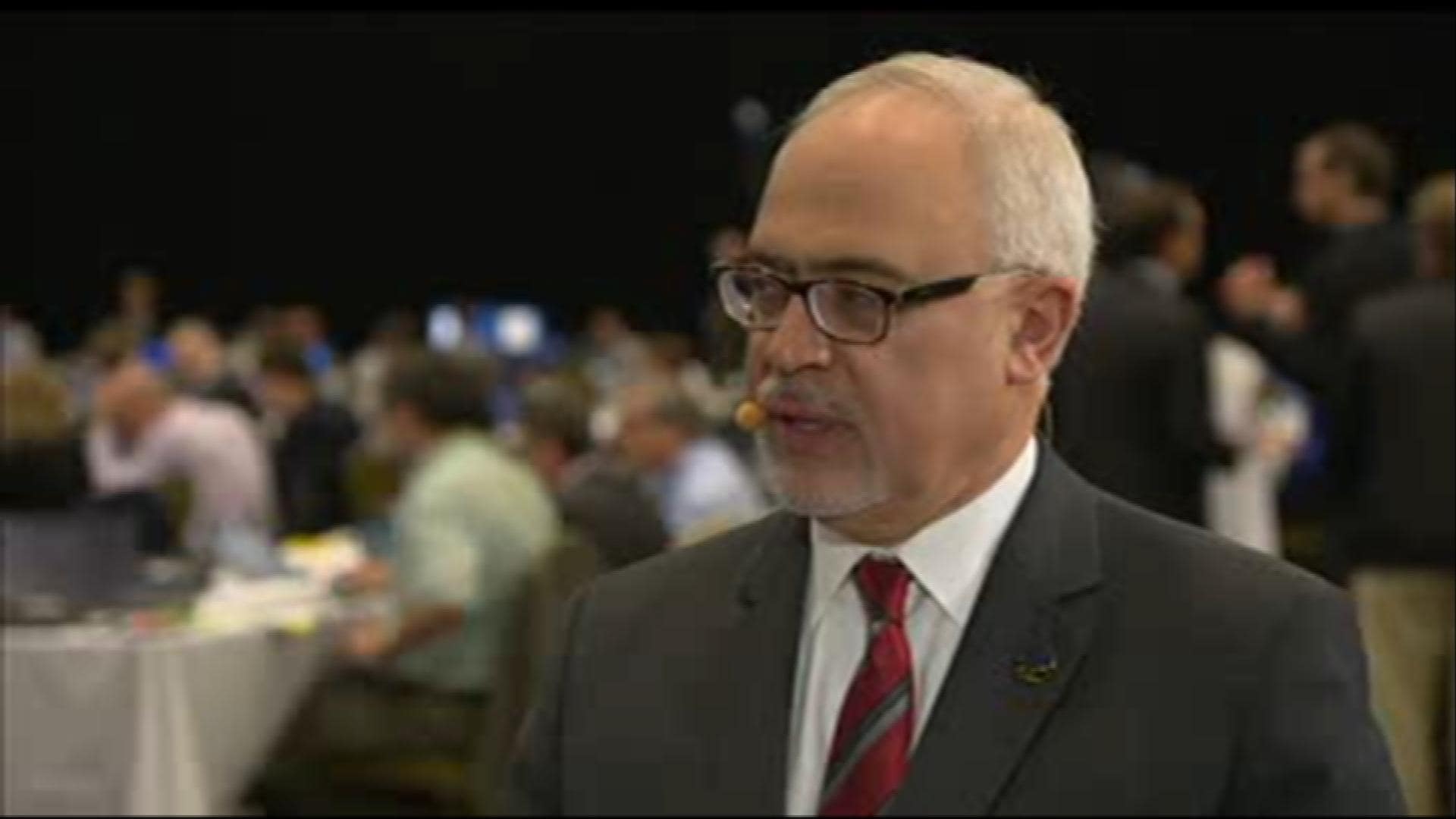 Quebec's new Liberal government has unveiled a “serious” but “responsible” budget aimed largely at internal belt-tightening, but the worst financial pinch for Quebecers is likely still yet to come.

After weeks of warning about hard decisions and tough financial times, Minister of Finance Carlos Leitao laid out his government’s first financial plan today in Quebec City, taking direct aim at the province’s ballooning debt and string of deficits.

Leitao reaffirmed a commitment already made by Premier Philippe Couillard: the government will balance the books by 2015-16.

“It’s a serious budget because the situation is serious,” Leitao said.

“We have to take measures important [on top] of what we’re already doing.… For us, a return to balance is absolutely necessary.”

But, as many pointed out after the budget was delivered, this $97.4-billion financial plan is more of a stage-setter than program slasher.

The bulk of the government’s plan to rein in spending is centred on a staffing level freeze in the public service, so-called productivity gains and tighter controls on administrative spending.

In total, those measures will save the government $2.7 billion in this budget year.

The freeze alone, which will be in place in the public and para-public sectors until the end of the 2015-16 fiscal year, will save the government $100 million this year and another $500 million the year following.

Health Minister Gaetan Barrette said there won’t be cuts to services, but said there will be a review of all programs and everything is on the table.

“It’s worrisome,” said Louise Chabot, president of the CSQ union, which represents some of the province’s teachers and nurses.

“We’re at a stage where all those different budgets have had a cumulative effect, year after year.… On top of that, the worst is yet to come."

The government does not currently have the power to apply a general staffing freeze outside the public service, but plans to table a bill in the fall that would give the ministers responsible for the networks in health and education powers similar to those in place for the public service.

Chabot said a hiring freeze in the education and health sectors would be “unthinkable,” because a deterioration in the quality of services available to the public would be unavoidable.

This budget replaces the one proposed by the Parti Québécois government last February, a plan that became obsolete after the PQ lost power in the April election.

Former finance minister Nicolas Marceau’s budget also pledged to balance the books by 2015-16. The anticipated deficit in 2014-15 was $1.75 billion in the PQ’s budget.

That figure came under fire from the province’s interim auditor general this week, who said his figures showed the 2014-15 deficit would be more than $3 billion over that.

Marceau responded by saying that the figures provided to the auditor general by the Liberal government were just the departmental requests. His government would not have green-lighted all of that spending, he insisted.

The government is turning to two committees, one specifically looking at the province’s taxation system and another at programs, to inform some of the hard decisions many say will need to be made if the government sticks to its zero deficit target.

Several economic bodies, including the Conference Board of Canada, have deemed that goal impossible without significant spending cuts, perhaps even to some of the province’s sacred cows: subsidized daycare, health care and education.

That cost will now be indexed to the cost of the program and will rise to $7.30 on Oct. 1, while more spaces will be created across the network.

Although there’s no specific tax increase on the books for 2014-15, the government will raise more revenues from user-specific tax hikes.

However, taxes on those same alcoholic beverages will drop for bar and restaurant owners as the government attempts to “standardize” the specific tax rate.

Overall, that additional tax revenue amounts to $36 million for the government this year.

Pulling back on promises

Leitao said the province’s mounting deficit forced the government to pull back on promises to boost infrastructure spending by $15 billion over the next decade. He said that plan had to change when it became clear the government was inheriting a deficit.

“That made us rethink that particular promise because the increase in debt will be too fast,” he said.

Marceau, now the PQ finance critic, pointed to the infrastructure spending as only one example of the new government failing to live up to its promises

He said the budget also fails to hit objectives set for job creation and debt reduction.

“This is the budget of broken promises,” he said.

Coalition Avenir Québec Leader François Legault said he’s pleased that the government is taking serious measures to cut down the deficit, but said the middle class will ultimately pay for it with increases in user-based taxes and rising hydro rates.

The National Assembly is expected to vote on the budget before the end of the spring session next week.