Many of those working long hours through the pandemic in low-paying jobs few Canadians want to do have already had their refugee claims rejected and may be sent back to their home countries when the crisis is over.

The COVID-19 pandemic has shone a light on the crucial role asylum seekers and others with precarious status play in Quebec's economy.

They work long hours in meat-packing plants and warehouses, or tending to elderly people in long-term care homes — low-paying jobs that are difficult to fill.

But they may not be able to stay in Canada when deportations, which have nearly ground to a halt during the COVID-19 crisis, resume.

There are growing calls, however, from community organizers, advocates and opposition politicians in both Quebec and Ottawa for that to change.

"What we realize more and more is that those failed claimants are working in essential services most of the time," said Guillaume Cliche-Rivard, the president of Quebec's association of immigration lawyers.

About 30,000 asylum seekers who crossed into Canada between 2017 and December 2019 are still waiting for their refugee claims to be heard, according to the latest figures from the Immigration and Refugee Board of Canada.

Others whose claims have been rejected have applied for permanent residency on humanitarian grounds.

That process takes an average of 30 months, Cliche-Rivard said.

In the meantime, they are working.

While the province says it has no record of the total number of asylum seekers doing work in, for example, long-term care homes, Marjorie Villefranche, executive director of Maison d'Haiti, estimates that about 1,200 of the 5,000 Haitian asylum seekers the organization has helped since 2017 have become orderlies.

Cliche-Rivard said the federal government should set up a program that speeds up the application process for permanent residency, and formally takes into account the contributions claimants have made to fast-track their application.

Doing so would offer "clear recognition of what those people have been doing for the province and for the country," he said.

The federal NDP is also calling on Prime Minister Justin Trudeau to create a special program granting permanent residency to those working on the front lines.

"They are risking their lives to support others in the face of the pandemic," said Jenny Kwan, the party's immigration critic and the MP for Vancouver East.

Her party has tabled a petition on behalf of a Montreal community group that calls on Trudeau to, "show leadership by implementing a special program to regularize the status of asylum seekers working to fight COVID-19, and therefore supporting the health and safety of all Canadians, for humanitarian reasons."

Federal Immigration Minister Marco Mendicino has given no indication the government plans to change the way it processes applications or make any exceptions.

But he said in a statement that, "all eligible asylum claimants receive a full and fair hearing on the individual merits of their claim."

"Asylum claimants are allowed to work or study and receive basic health-care coverage."

Peter Kent, the federal Conservative immigration critic, suggested that Quebec, which has jurisdiction over immigration when it comes to economic applicants, "could move to accept these people as permanent residents" given the "extraordinary circumstances."

It's not clear if Quebec would have the power to do that — or if Premier François Legault's government, which cut immigration levels in its first year in office, would be willing to if it could.

Last week, on the National Assembly's first day back in session, independent MNA Catherine Fournier tabled a motion to recognize the contribution of "hundreds of asylum seekers, mostly of Haitian origin," working in long-term care homes.

She said the province should ask Ottawa to, "quickly regularize their status, in order to recognize the work accomplished during the current health crisis."

Quebec's three opposition parties — the Liberals, Québec Solidaire and the Parti Québécois — voted in favour of the motion, but Legault's majority Coalition Avenir Québec voted it down.

When asked why, Legault avoided answering directly, saying instead he didn't want the border to reopen to asylum seekers any time soon.

"That doesn't mean that asylum seekers, including members of the Haitian community — that there aren't good people who work in our long-term care homes," Legault said Friday.

"It was not based on the question asked by the journalist," Benjamin, who was born in Haiti, said Tuesday.

"Those people that we call 'guardian angels,' we need them. We have to recognize the work of those people, most of them women."

Over the weekend, a group of activists, artists and social entrepreneurs released a video paying tribute to asylum seekers in essential jobs.

The video came out Monday, on Haiti's National Flag Day, which fell on the same day as Journée des Patriotes in Quebec this year.

"Both celebrations are about liberation movements," said Fabrice Vil, a Montrealer of Haitian background and the founder of Pour3Points, an organization that trains sports coaches to help support kids struggling at school and at home.

He helped produce the video, called Je me souviendrai - Marchons Unis — a play on Quebec's official motto, "I remember," followed by, "Let's walk together."

The song in the video is set to the melody of La Dessalinienne, Haiti's national anthem.

"The current pandemic is really showing that we all depend on each other — and that there are people that sometimes we don't see as being relevant to our own lives who are currently sacrificing their own lives to support the collectivity," Vil said.

WATCH | Why Quebec has the worst COVID-19 outbreak in Canada: 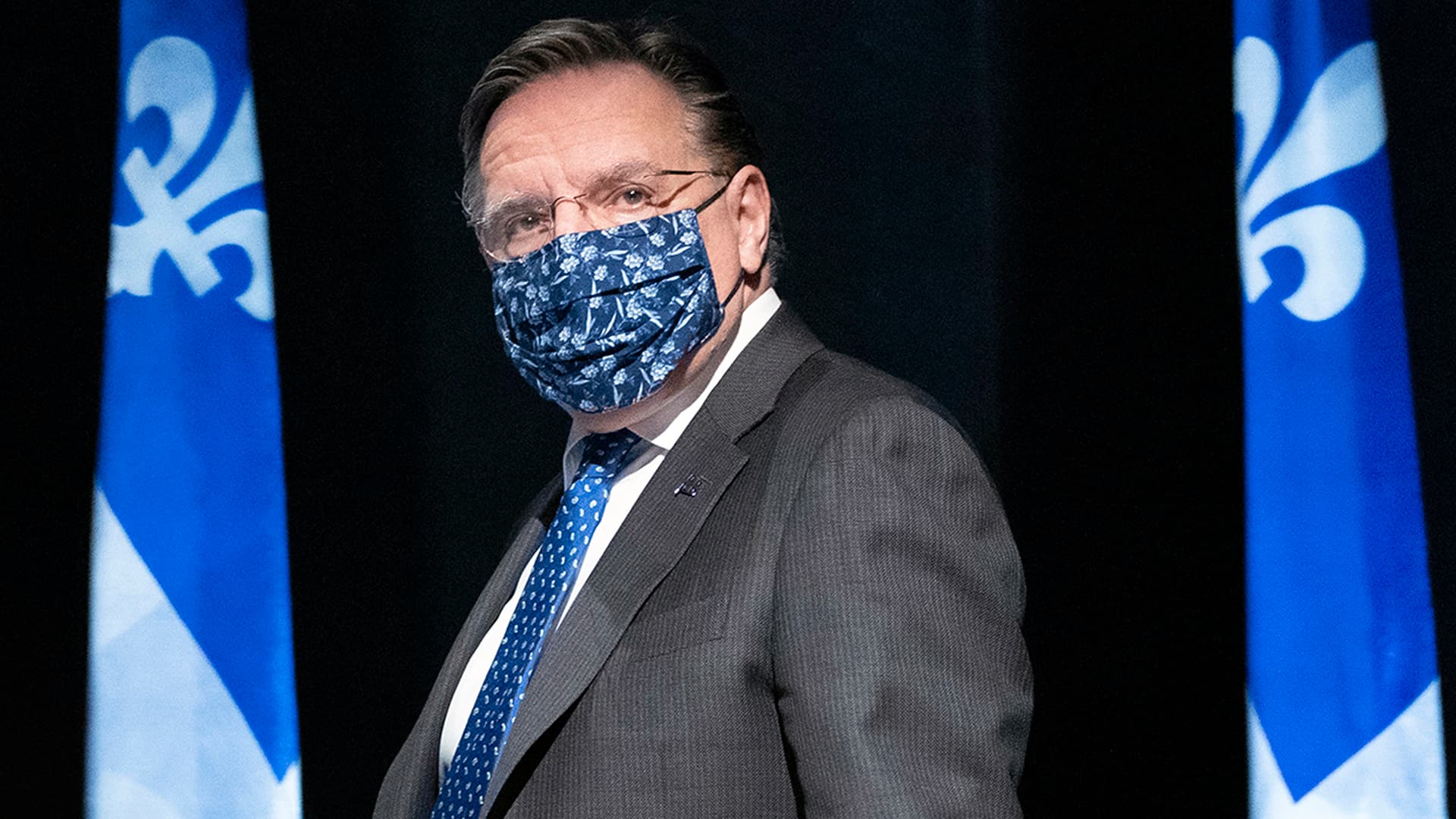 Why Quebec has the worst COVID-19 outbreak in Canada

9 months agoVideo
5:55
The Quebec government's handling of the pandemic may explain why the province has the worst outbreak in Canada. 5:55

With files from Daybreak