Quebec apple farmers say they are afraid visa delays for temporary foreign workers could set their harvesting seasons back, and even spoil some crops.

Citizenship and Immigration Canada said it's 'working to resolve the issue'

Quebec apple farmers say they are afraid visa delays for temporary foreign workers could set their harvesting seasons back, and even spoil some crops.

St-Paul-d'Abbotsford orchard owner Réjean Guertin said he's down workers, particularly those from Guatemala, because of the delays.

"First they said to me eight weeks, then they said a month later, no, it's 14 weeks," Guertin said.

He's worried his apples will have rotted on the branches by the time the visas arrive.

My son said to me that if we don't have Mexican or Guatemalan workers, we sell the farms.- Réjean Guertin, farmer

The changes to Canada's Temporary Foreign Worker Program has hit some farmers in Quebec hard.

Employers can have no more than 20 per cent of their workforce as low-wage temporary foreign workers. The number must drop to 10 per cent starting in July 2016.

Employers who are found in non-compliance faces fine ranging from $500 to $100,000 for each violation. The fines are capped at $1 million per year, per employer.

Guertin said it's a clear sign to him that the government doesn't really care about what happens to farmers.

"My son said to me that if we don't have Mexican or Guatemalan workers, we sell the farms. And I'm sure I'm not the only one [having this discussion]," he said.

Apples may go to waste

Some farmers have said apple pickers from Quebec are less efficient than those from Latin America.

Down the road from Guertin, Dean Thomson said he's been working with the same team from Guatemala for seven years.

"In July, we found out they're talking 14–16 weeks, so all our requests done in June, July — we won't have a permit until November," Thomson said.

On top of that, he said, a number of his trees were damaged by two hail storms this summer.

Apples that are damaged or that fall down onto the ground are often used to make juice and other products.

But now, Thomson said, the workers definitely won't arrive in time to pick the damaged apples.

"I mean, now we're just trying to get out of this year alive," he said.

In a statement, Citizenship and Immigration Canada said it's aware of the situation and is "working to resolve the issue in consultation with the Quebec federation of apple producers."

"CIC will start expedited processing of work permits for the affected workers, while ensuring the integrity of the program," the statement said.

A separate statement from federal Conservative Party spokesperson Kevin Menard said the worker shortage was due to "a bureaucratic error." 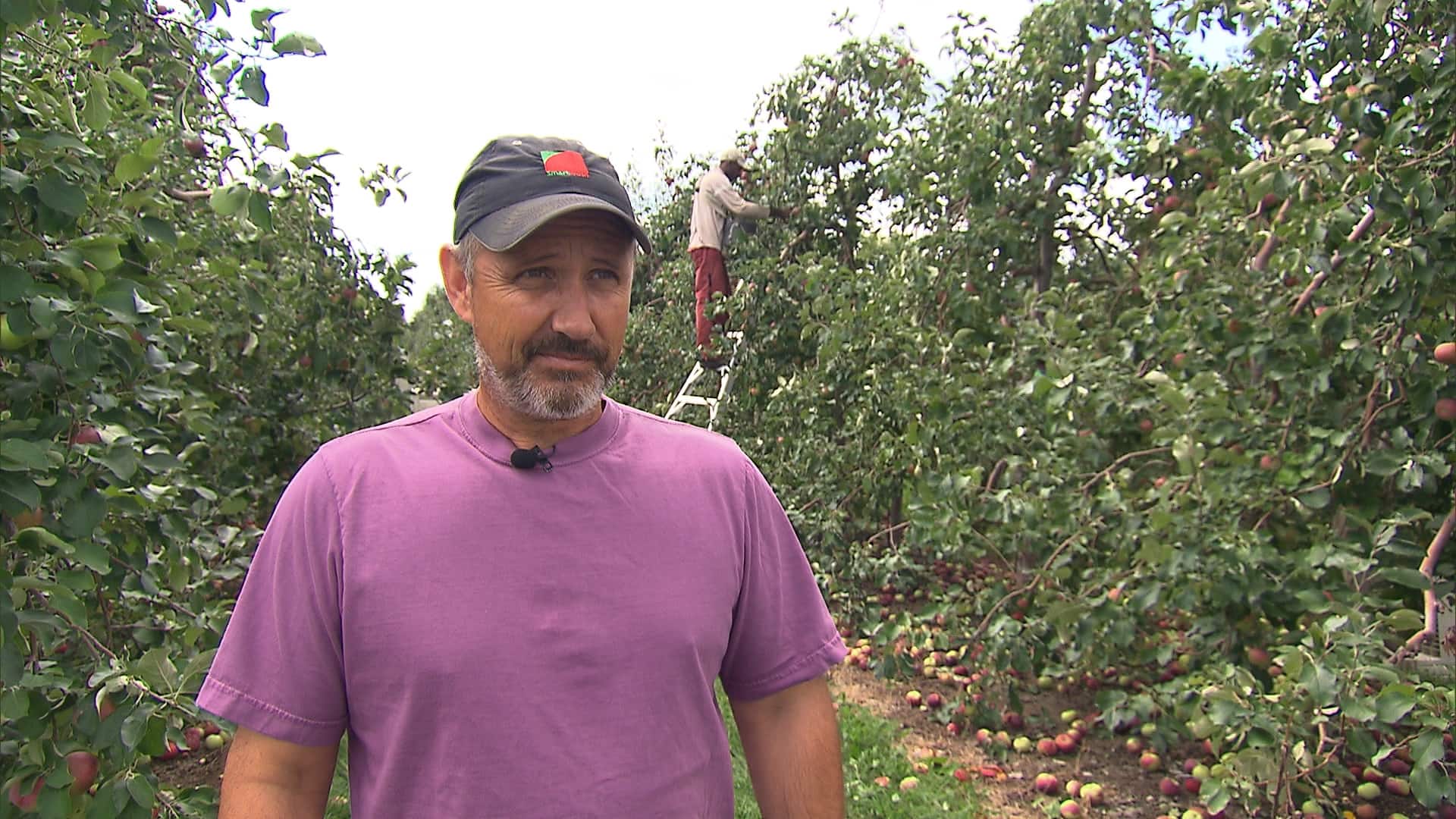 5 years ago
2:05
Apple farmers in Quebec say that with the federal changes to the temporary foreign workers’ visa process, workers won’t get their visas before November. 2:05
CBC's Journalistic Standards and Practices|About CBC News