One thing on which sovereigntists and federalists can agree some 20 years after the 1995 referendum is that the Quebec independence movement — in one form or another — will likely never go away.

One thing on which sovereigntists and federalists can agree some 20 years after the 1995 referendum is that the Quebec independence movement — in one form or another — will likely never go away.

Prominent sovereigntists say their side — the Yes side — would have won if the federal government had stayed away and not tried to help the No campaign, particularly regarding the controversial Unity Rally in Montreal three days before the Oct. 30, 1995, vote.

Federalists, meanwhile, argue the defeat of the Yes side in 1995 — and in the preceding referendum of 1980 — is due to a stubborn-yet-obvious reality: Canada's flexible, federal system works.

"There will continue to be a group of people in Quebec who want to separate and we need to respect that and understand that," said former Quebec Premier Jean Charest, who was the leader of the federal Progressive Conservative Party of Canada in 1995.

"But the country works. There is the government of the day and there may be the leaders of the day but in the end there is our country — the resilience of the country itself."

Bernard Landry, the former Quebec Premier, says there is an equal-yet-opposite, obvious reality.

"Today, the polls say sovereignty is at 40 per cent support. The idea of Quebec independence is extremely powerful and logical," he said.

"If sovereignty comes back in the news and we have a good campaign, I think Quebec will have its place at the United Nations."

What new flashpoint could trigger a resurgence of support for sovereignty is anyone's guess, but events leading up to the last referendum were due to several specific failures, explains John Parisella, chief of staff to two Quebec premiers and a strategic adviser to the No campaign.

Prime Minister Pierre Trudeau failed to get Quebec's signature on the constitution in 1982, which led to another failure by Prime Minister Brian Mulroney years later to pass the Meech Lake Accord, which was a series of proposals to assuage Quebec's frustrations with the federalist system.

"The failure to renew the constitution and to bring about change created a sense of pessimism that helped the Yes camp," Parisella said.

In the end the No side won — but just barely.

After almost 94 per cent of eligible citizens cast a ballot that fateful day in 1995, the country came within about one percentage point from being broken apart.

At the start of the campaign, however, polls indicated the No side was going to win handily, which might explain why federalist leaders inside and outside Quebec "lacked emotion," says Charest.

Sheila Copps, who in 1995 was deputy prime minister of Canada, said the No campaign refused to allow federal politicians to get involved.

"I was told by one of the No organizers: 'We want to win but we won't want to win too big.' That was their strategy and that led to us almost losing the whole thing," Copps said.

All of a sudden the No side was in trouble as the polls began indicating a sharp swing towards the Yes camp.

What followed next was either a quasi-spontaneous, massive showing of love for country or an illegal and malicious attempt to circumvent democracy — depending on whom is asked.

The so-called Unity Rally was held on Oct. 27, 1995, in a downtown Montreal square and promoted by federal politicians who called on thousands of Canadians from coast to coast to show Quebecers how much they are loved

Canadians obliged: Tens of thousands of people from across the country converged on the urban square called Place du Canada.

The Yes side fumed. 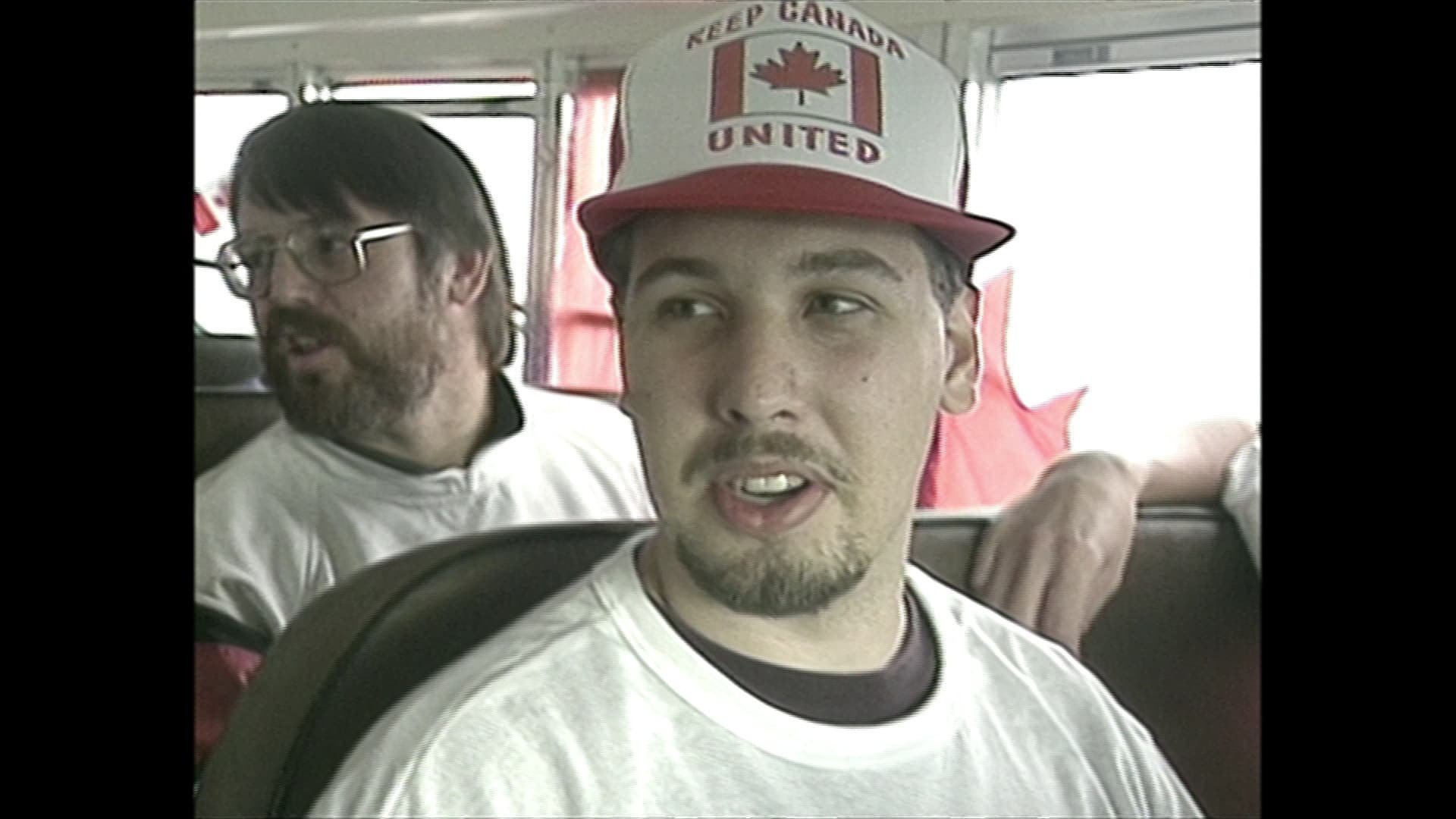 5 years ago
3:28
Thousands travelled from Ottawa to Montreal on Oct. 27, 1995 for a federalist rally days before the referendum. 3:28Several companies, including Air Canada, offered special reduced fares to Montreal for the rally, a decision Quebec's electoral office months later said "undermined democracy as a whole ... by disrupting the balance in expenses" between the Yes and No campaigns.

Jean-François Lisée, a member of Quebec's legislature who was a speechwriter for Parizeau, said the result was so close any single decision could have tipped the balance.

"We should have been less naive about the federal government's willingness to (interfere) in the No campaign," he said.

Copps, who helped organize the rally, said "We were sitting on the outside wanting to help and ready to help but we were to told stay out

"Finally when the rally came we said we were going to go there whether you like it or not — we're coming."

Twenty years later, the Quebec independence movement is at a low ebb, with the federal Bloc Québécois in the political doldrums and the provincial Parti Québécois back in opposition after less than two years in power since 2003.

Charest says the constitutional battles made the country stronger.

"The experience of 1995 and through every episode we learn a little more about the country — and of ourselves," he said.

"I think we are less vulnerable to falling for the rhetoric of the extremists on both sides."