The Parti Québécois is preparing a wide-ranging strategy to push its sovereignty agenda forward. 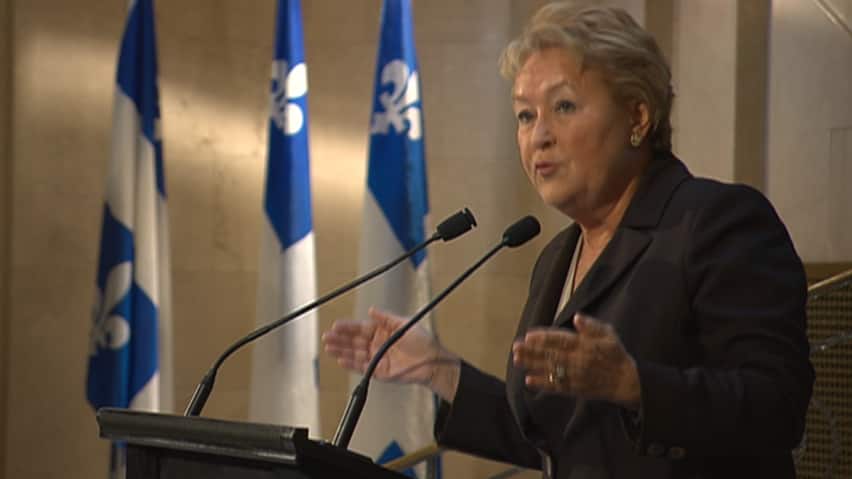 The Parti Québécois is preparing a wide-ranging strategy to push its sovereignty agenda forward.

Since her election on Sept. 4, Pauline Marois has kept relatively quiet about her party's stance on sovereignty. Now, her government is planning on launching a vast campaign to sell the merits of Quebec independence.

"It's really oriented to demonstrate the advantages of sovereignty," she said.

The strategy has been in the PQ's plan for months.

About 2,000 members of the PQ national council will be holding a convention in Drummondville on Feb. 9 and 10, where they will vote on several goals in the party's agenda, including the promotion of sovereignty.

Though few details have been made public thus far, the plan does include advertising.

Marois said she is confident national council members will vote in favour of the party's strategy.

Jean-François Lisée, the minister responsible for Montreal, said there is no harm in the PQ's plan to promote independence.

"The Parti Québécois is a sovereigntist party. It uses its own means to promote sovereignty, and that is what we will unveil," he said. "The ministers and elected officials of the PQ have been elected as sovereigntists, so we won't stop talking about it."

He said the sales pitch will focus on Quebec's desire to do more to protect the environment and improve Montreal's public transportation network without Ottawa's help.

Opposition parties are taking issue with the minority PQ government's stance on separatism.

"You have to respect the fact that two people out of three didn't vote for you," said Gérard Deltell, Coalition Avenir Québec's house leader. "[Marois] has to respect that."

The Liberal opposition said the last time the PQ held power, the party spent close to $100 million trying to reach its goals of independence.

"We want to know what it will cost to take this plan, who is involved in this plan and all the information we have the right to have," said Liberal house leader Robert Dutil.

Quebec's Liberal Party said it isn't ruling out launching a campaign of its own to defend its interests.