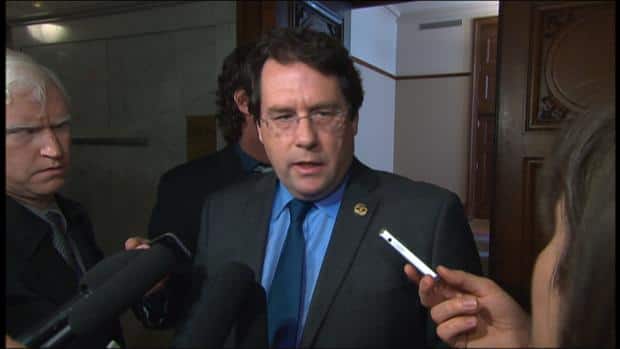 Quebec Citizenship Minister Bernard Drainville has criticized a tradition in a west-end Montreal borough which accommodates the Jewish holiday of Shavuot.

For nearly three decades, municipal authorities in Côte-des-Neiges—Notre-Dame-de-Grace have removed parking restrictions at that time, to allow observant Jews not to have to move their cars.

The issue was raised this week by some municipal blue collar workers, who complained they'd been taken off pothole-filling and other duties in order to cover up parking signs for the Shavuot holiday on Wednesday.

Drainville was adamant in his opposition to the borough tradition.

"You cannot start having parking rules that are different according to your religion," Drainville said Wednesday. "There will be no end to it."

"How can we live together in the same society, if we start having different parking regulations according to different religions?"

The minister said the issue underscores a need to establish "clear rules" around religious accommodation.

The PQ promised during last year's election campaign to bring in a so-called "secularism charter," although Drainville said that will not happen until Quebecers are consulted on the subject.