The partner of Martin Carpentier, who police believe may have abducted his two daughters and is the subject of an Amber Alert in Quebec, has released a video pleading for him to contact family members.

This is a developing story. For the latest, go here.

The partner of Martin Carpentier, who police believe abducted his two daughters, who are now the subject of an Amber Alert, has released a video pleading for him to reach out to family.

The video was published by Quebec provincial police at 12:30 p.m. ET on Friday. In it, Cathy Gingras addresses Martin Carpentier through tears, saying, "We just want to know you're OK."

Norah Carpentier, 11, and her six-year-old sister, Romy, were last seen with their father on Wednesday night.

Police have been searching for them and Carpentier around Saint-Apollinaire, Que., about 40 kilometres southwest of Quebec City."Martin, we're worried," Gingras says in the video. "Give us news, show us a sign, call your parents — anything."

The children's mother posted a plea on Facebook Thursday night with her the girls' pictures, saying, "We have to find my daughters."

WATCH | Appeal for information in case of missing girls: 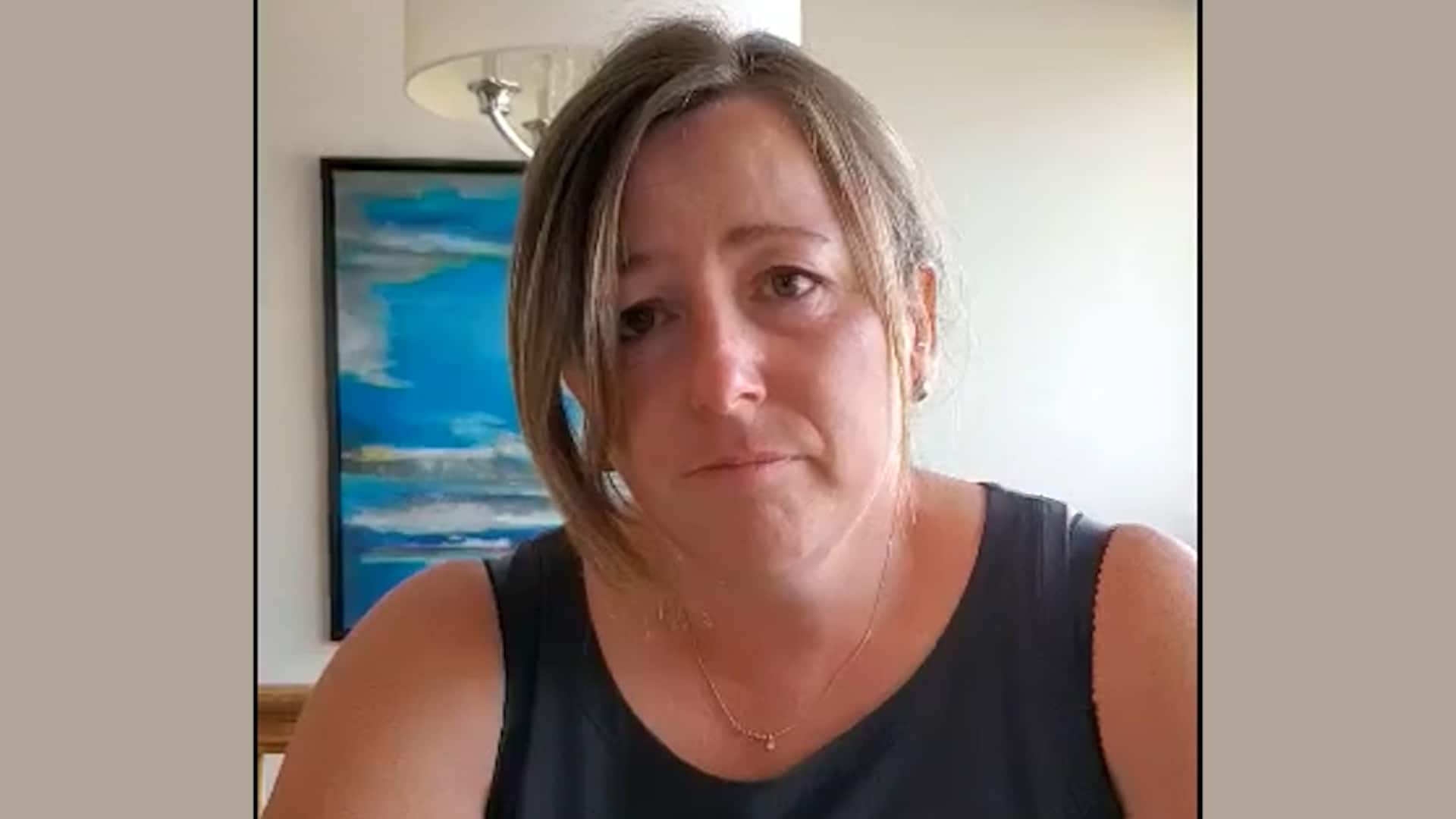 Appeal for information in case of missing Quebec girls

8 months ago
0:33
Quebec provincial police issued this appeal from Cathy Gingras, the partner of Martin Carpentier. 0:33

Sûreté du Québec spokesperson Sgt. Louis-Philippe Bibeau said investigators have reason to believe the girls were abducted by their father after interviewing witnesses and the children's mother.

Carpentier and the girls were last seen at around 8:30 p.m. Wednesday, in a convenience store in the Saint-Nicolas neighbourhood of Lévis, Que., where the girls are from.

Police said that at 9:30 p.m. Wednesday, Carpentier's vehicle crashed about 15 kilometres west of that location on Highway 20.

When police got to the crash, no one was inside the car, Bibeau said.

After interviewing witnesses, he said police realized the girls were missing and issued the Amber Alert.

Romy is described as three feet tall, wearing a pink shirt and heart-shaped earrings and has on red nail polish.

Carpentier is described as five feet, 10 inches tall and 130 pounds, with thinning hair. He was last seen wearing a grey T-shirt and jeans and may be wearing glasses.

Investigators are trying to detemine what happened in the hour between when the girls were seen at the convenience store and the crash, Bibeau said.

"We're still looking for witnesses, people that can help us to understand what happened in that hour," he said in an interview Friday morning.

He also said investigators are exploring multiple theories, including one that the girls were not in the car at the time of the crash.

Pina Arcamone, director general of the Missing Children's Network, said Friday that with the girls now missing for more than 24 hours, it's crucial people in the area stay on the lookout.

"We have good descriptions of the girls," Arcamone said. "We're working toward finding these two little girls alive and bringing them back to safety."

Police believe the missing girls and their father are in the Saint-Apollinaire area.

Authorities are asking residents in surrounding regions to search their barns, sheds and trailers for signs of them.

Officers set up a command post and combed the area all night Thursday and are expected to continue searching on the ground throughout the day Friday.

Bibeau said neighbours reported hearing screams overnight and that police are "treating that information as important information to the case."

He said canine units and ATVs have been dispatched in Saint-Apollinaire.

Anybody with information is encouraged to call 911.

For details, visit www.alert.gouv.qc.ca or stay tuned to social and local media.

With files from Kate McKenna