Neighbour describes dog attack on woman killed in her backyard

Farid Benzenati says he's still in shock after witnessing an attack by what police describe as a pit bull in Montreal's Pointe-aux-Trembles district. The woman, Christiane Vadnais, was pronounced dead at the scene.

'I saw blood, and the dog was still attacking her,' Farid Benzenati says after dog mauls woman, 55

Farid Benzenati says he was unable to sleep after witnessing a violent dog attack on his neighbour in Montreal.

Christiane Vadnais, 55, was mauled in the backyard of her home in Montreal's east end Wednesday afternoon by what police describe as a pit bull. She was pronounced dead at the scene. 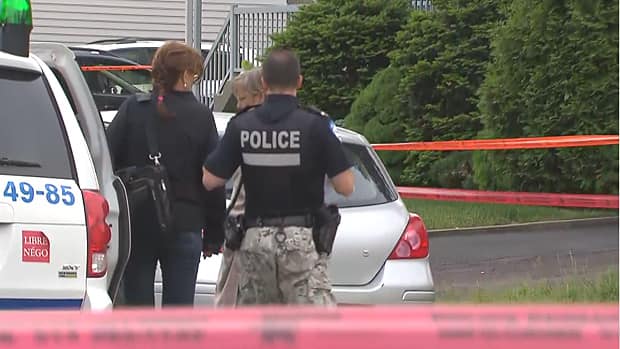 Police initially said Vadnais was killed by the dog, but late Thursday morning, they said an autopsy was needed to confirm that hypothesis.

Vadnais was a long-time employee of Montreal's public transit agency, the STM. Several of her co-workers were in shock after learning of her death Thursday morning, Radio-Canada reported.

Benzenati said he arrived at his Pointe-aux-Trembles home from work around 5 p.m. ET, and as is his habit, had a quick look outside at the pool in his backyard.

I saw blood, and the dog was still attacking her.- Farid   Benzenati

That's when he noticed movement behind the fence.

"I saw a big dog that appeared to be playing with a large object. I looked closer and saw that the object was really big," he said.

He yelled his neighbour's name, but there was no reply.

"I saw blood, and the dog was still attacking her," he said.

Benzenati then ran back into his house and called police.

He described Vadnais as "very nice, always smiling" and said she lived alone.

The dog was new to the neighbourhood, he said. It was only in the past few days that he'd heard it barking.

Police believe the dog may have gone through a hole in the fence from a neighbouring yard.

"When they arrived in the backyard, there was the dog that was pretty aggressive towards police officers," said Montreal police Const. Jean-Pierre Brabant.

Officers had to shoot and kill the dog in order to reach Vadnais safely, Brabant said.

"Unfortunately, that lady was pronounced dead on site."

Brabant said it appeared the dog's owner wasn't home at the time of the attack.

Montreal police have now found and spoken with the owner of a dog.

The incident comes on the heels of a City of Montreal plan to overhaul rules regarding "dangerous dogs."

Last month, the city said it wants to come up with regulations for all 19 boroughs but wouldn't say if it's leaning toward an all-out ban on any particular breed.

Montreal Mayor Denis Coderre said the city would wait for the autopsy results to determine whether the dog was in fact responsible for Vadnais's death.

Coderre said he had questions about banning a dog breed like pit bulls, as other municipalities in Quebec and Canada have done.

"In Toronto, they banned the breed, but there are just as many dog bites as before," he said.

He said owners also have to be held accountable, and the city's new regulations may consider actions targeting them.

A spokesperson for Coun. Anie Samson, the member of the city's executive committee who is responsible for the file, called Wednesday's attack a "tragic event" and said her office was following the situation closely.

With files from Kalina Laframboise and Steve Rukavina