Protesters gathered at Place Émilie-Gamelin in Montreal on Friday evening to protest against a bylaw that gives police special powers during demonstrations.

Protesters speak out against police tactics and bylaw P-6 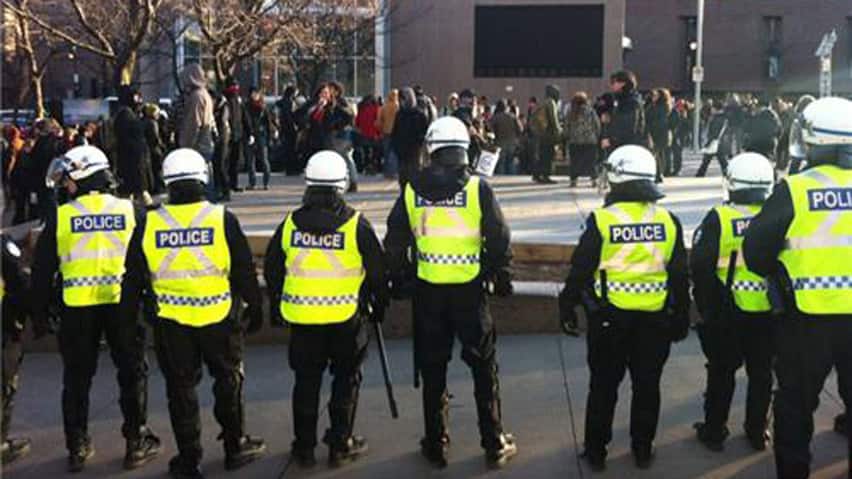 Montreal police said at least 279 protesters were arrested on Friday evening during a demonstration against police tactics.

Police declared the protest illegal as a crowd assembled at Place Émilie-Gamelin near the Berri-UQÀM metro station late in the afternoon.

Officers quickly surrounded the demonstrators who began to march around the square shortly after 6 p.m.

CBC's Alex Leduc said several journalists from other media outlets seemed to be caught up in the crowd as officers carried out kettling manoeuvres.

The demonstrators were speaking out against municipal bylaw P-6, which allows police to declare protests illegal if organizers fail to provide authorities with an itinerary.

The bylaw also makes it illegal for people to cover their faces while taking part in protests.

Police ushered the people who were arrested onto city buses, where most of them were processed and eventually released.

No injuries were reported.