The operation will target 1,000 businesses, and those who do not comply can face fines.

Police will step up enforcement of mask, distancing rules as new cases rise

Deputy Premier Geneviève Guilbault announced Friday that police across Quebec will be visiting licensed establishments over the weekend to ensure COVID-19 rules are being followed.

The operation will target 1,000 businesses, and those who do not comply can face fines. Emergency rules put in place during the pandemic prohibit food and alcohol from being served after midnight.

Physical distance must also be maintained between tables, and dancing and karaoke are not permitted.

"The goal behind this operation is to help regions go back to green," Guilbault said at a news conference alongside police chiefs in Quebec City.

Under the province's new colour-coded alert system, most Quebecers currently live in a "yellow" or pre-alert zone. If a region moves to "orange," some of the confinement measures seen last spring will return.

Guilbault said the presence of police should remind businesses and customers to follow the rules, which require patrons to remain seated and to wear masks while entering the business and using the washroom.

Guilbault said this was "a major police operation" and that Quebecers should expect to see an increased law enforcement presence over the weekend.

While public health officials have recently focused their messaging on discouraging private gatherings (indoor or outdoor, private gatherings of more than 10 people are banned), Guilbault said recent videos shared on social media show that there continue to be issues in licensed establishments, too. 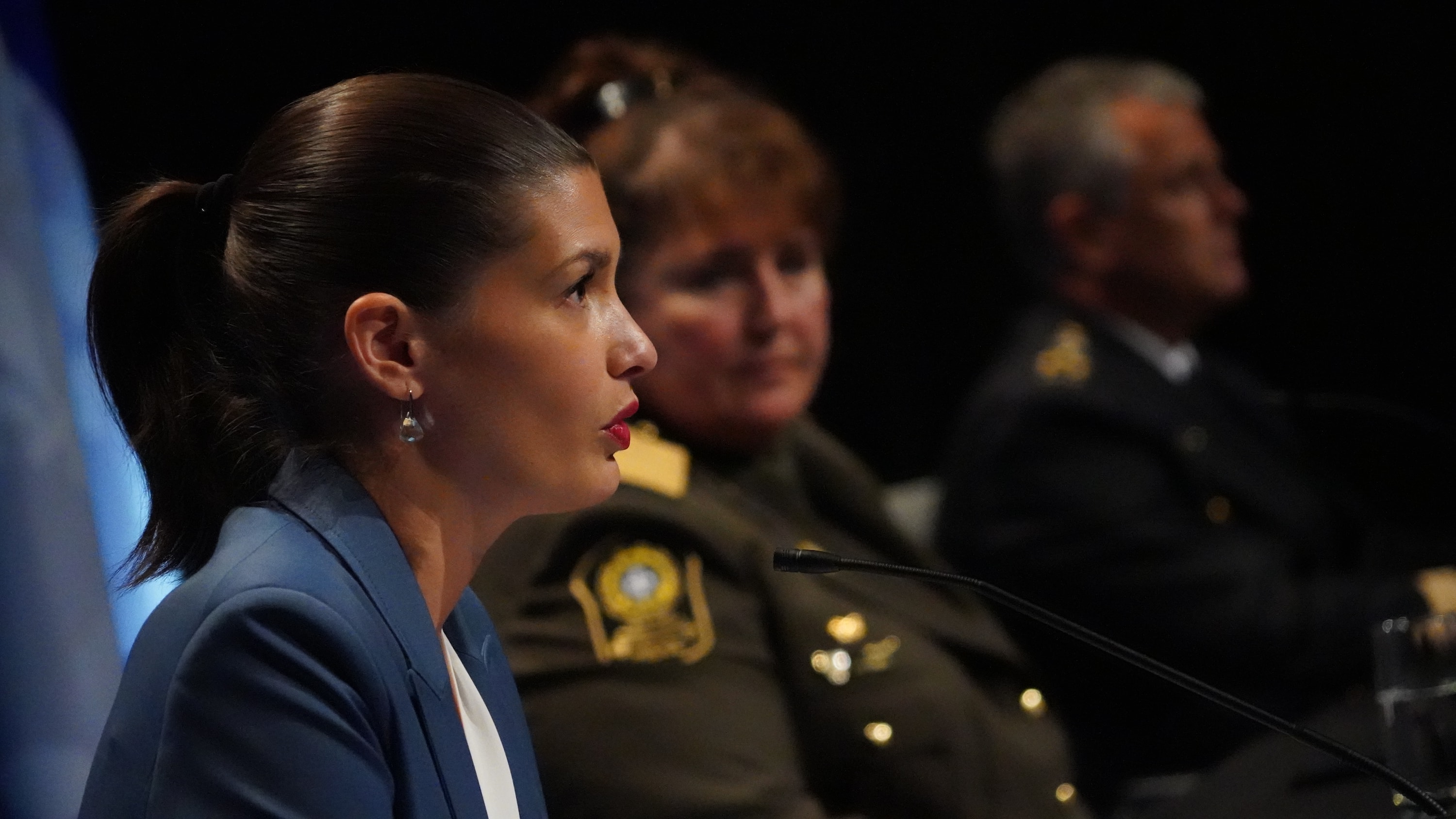 1 month ago
1:51
When asked whether enlisting police to enforce COVID-19 rules would anger people who are anti-mask, Quebec’s Deputy Premier Geneviève Guilbault said the government’s goal is to protect the population. 1:51

She said the government is not planning on giving police the power to enter homes without a warrant.

"The right to a private life is fundamental in Quebec," Guilbault said. "The responsible thing to do is to study all the possibilities, even if we are not at that point today."

She said the Public Security Ministry is working with the prosecutor's office to allow police to more easily issue fines on the spot.

With the Quebec City region reporting most new cases in the province, he said "it has to be done" for the safety of residents.

Montreal Mayor Valérie Plante said the police will help ensure that COVID-19 guidelines are being followed, which she says must be done to avoid the shuttering of businesses seen last spring.

But she also encouraged Montrealers to "police yourselves" and make sure to keep private gatherings small.

More than 250 licenced establishments in Montreal will be visited as part of this weekend's operation.