Pointe-Claire wants to help people reduce their waste, so it is reviving a project that was put on ice during the pandemic. 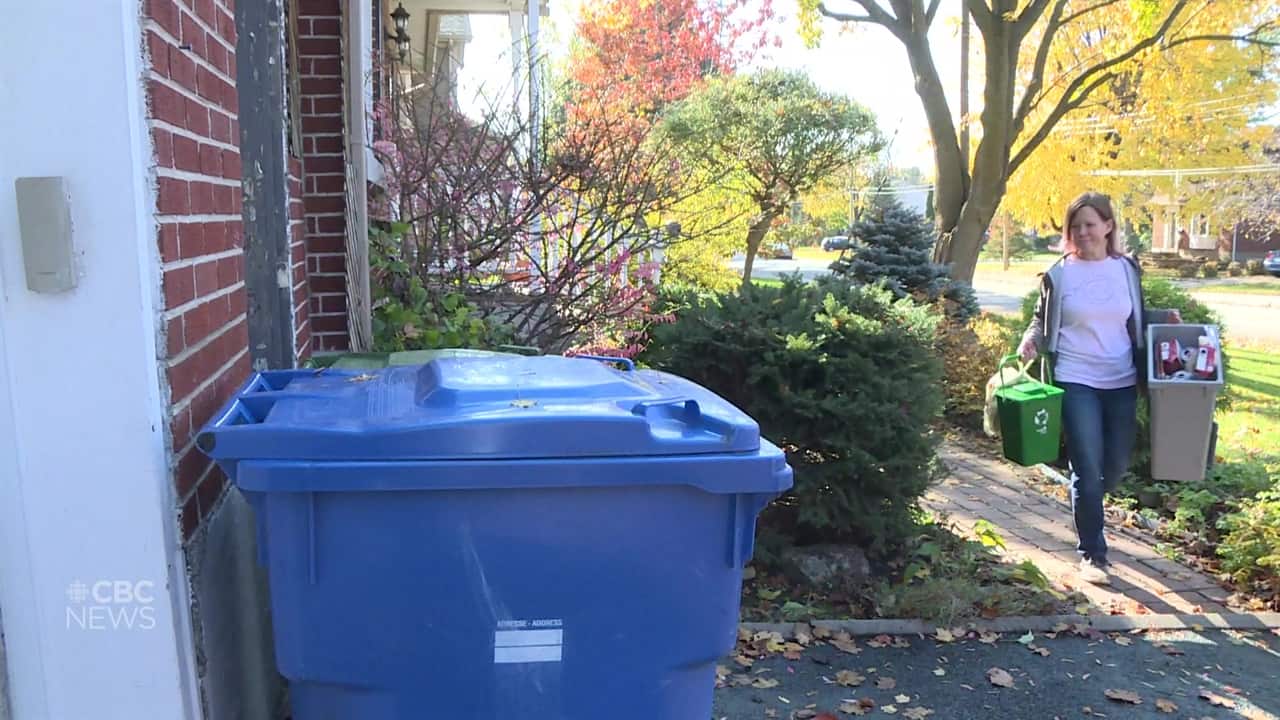 1 month agoVideo
1:13
Karen Robson’s family hopes to reduce their household waste by 20% by the end of the challenge. 1:13

"I want to try to convince my more reluctant friends and neighbours that it's really not that hard."

Robson, her two sons and their dog are one of nine Pointe-Claire households trying to decrease their waste over the next few months.

Families will have to weigh their organic waste, recyclables and household waste from now until January.

Robson's goal is to reduce her household waste — which is already only 750 grams per week —  by 20 per cent.

"It sounds like a lot but I thought it was doable with just a few changes," says Robson.

Some of those changes include being more careful about food waste and single-use items.

Robson says snack wrappers are a challenge for her family.

"A lot of our output is chip bags, cookie trays that are unrecyclable," she said. "That's going to be our challenge: reducing the snack garbage waste we produce."

Robson also decided to mulch the leaves on her lawn — that way they won't have to be raked and bagged.

Pandemic not a barrier

The Quebec Zero Waste Association says people who want to reduce their waste shouldn't stop trying because of the Covid-19 pandemic.

Volunteer Geneviève Griffin says it's important to think about what you're purchasing, and reduce and reuse where you can.

"Everyone has a different reality. Some people who work in the health sector will not be able to have reusable masks," she said.

For Robson, she's sticking to cloth masks and reminding her family that every little bit helps.

WATCH | How Robson's family hopes to reduce their household waste: