Place des Arts in Montreal to get $34.2M makeover

Montreal's central festival site, home to the Jazz Festival, Just For Laughs and a plethora of other summertime activities, will be getting a sizable makeover.

More trees, fountains and better setup for concerts and festivals promised by 2018 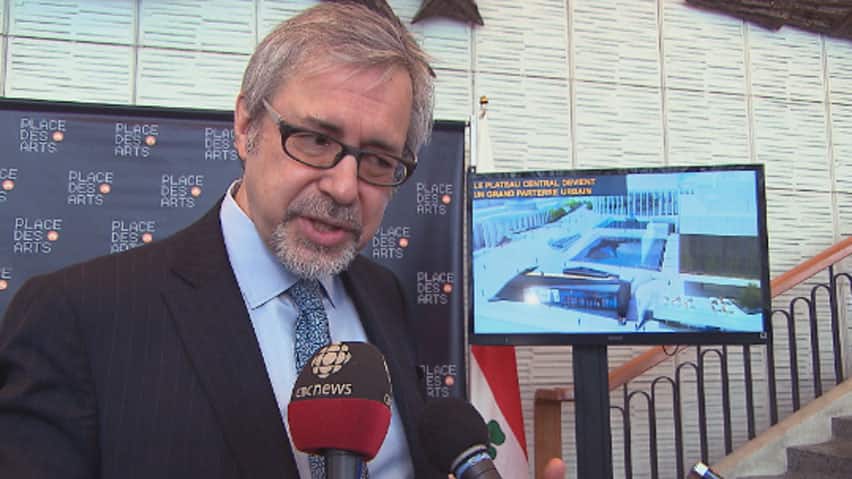 Montreal's Place des Arts is getting a facelift.

The Quebec government is spending $34.2 million to transform its esplanade into a giant outdoor stage that will host large-scale events all year long.

Officials say it is one of the most highly frequented public spaces in Montreal.

They say the new esplanade project was conceived in partnership with festival organizers and the Quartier des Spectacles.

"The work sequence was planned to interfere as little as possible with the major events so characteristic of Montreal,"
said Place des Arts president and CEO Marc Blondeau.

The reconfiguration will make the main area of the esplanade level and more accessible.

Officials say there will be 50 per cent more trees, increasing the number of shaded areas.

Access to the site will be limited this summer because a fence will be erected around the work zone. But all work will be halted in June and July at the height of festival season. Work will also stop for the summer festival seasons of 2016 and 2017.