Physical distancing a sign of respect for others, Legault says as Montrealers flock to city parks

Alice Wydrych was on her way to an overnight shift at the Centre hospitalier de l'Université de Montréal on Sunday when she drove past a Rosemont park filled with people who didn't appear to her to be respecting physical distancing rules.

Wydrych, a nurse, was blown away and called police. Once at work, she helped treat a patient who likely had COVID-19.

After her shift, Wydrych posted an emotional video on Facebook, urging Montrealers to ease the strain on health-care workers by keeping two metres apart and wearing a mask if they can't. She singled out the people she spotted in the crowded park.

"They seem to think that they're completely invincible and they can do whatever they want, and that this is just some extended vacation," Wydrych said in her video.

She described the exhaustion of health-care workers as they race to treat patients while the system remains under-staffed.

"We completely work ourselves to the bone ... and are forced to work full-time hours in pretty [bad] conditions," she said, before returning her attention to those ignoring public health guidelines.

"It's a flagrant insult to all of us when we see these people doing what they're doing," she said.

As the weather finally warms up in Montreal, the city's parks have been busy. Over the long weekend, cooped up Montrealers spent long hours soaking up the sun in green spaces around the city.

But at the same time there are widespread concerns that with the warmer weather, and the government reopening stores next week, public health guidelines are no longer being followed as closely as they once were.

By Monday evening, Wydrych's video had been viewed almost 10,000 times and her Facebook page was flooded with supportive comments, and plenty of criticism for those not respecting the physical distancing rules.

Montreal police continue to patrol the city's larger parks, and fine those who they deem to be flouting the rules.

The SPVM has issued 2,515 fines — $1,546 each — for social distancing violations since the regulations were put in place in mid-March. They issued 267 tickets between May 11 and May 17.

But the province's guidelines have been a source of some confusion. On the one hand, they state that people can gather outside as long as they stay two metres apart.

On Monday, Drouin called on the Quebec government to clarify what's allowed.

"It would be desirable to specify a maximum number of people who can gather outside while respecting the two-metre distance," she said in a statement to CBC Montreal.

Being outside can help contain spread, experts say

There is an important difference, however, between closely packed gatherings in a park and enjoying some time outside.

The National Collaborating Centre for Environmental Health, a Vancouver-based team of researchers funded by the Public Health Agency of Canada, has warned about the negative effects of limiting people's access to outdoor spaces during the pandemic. 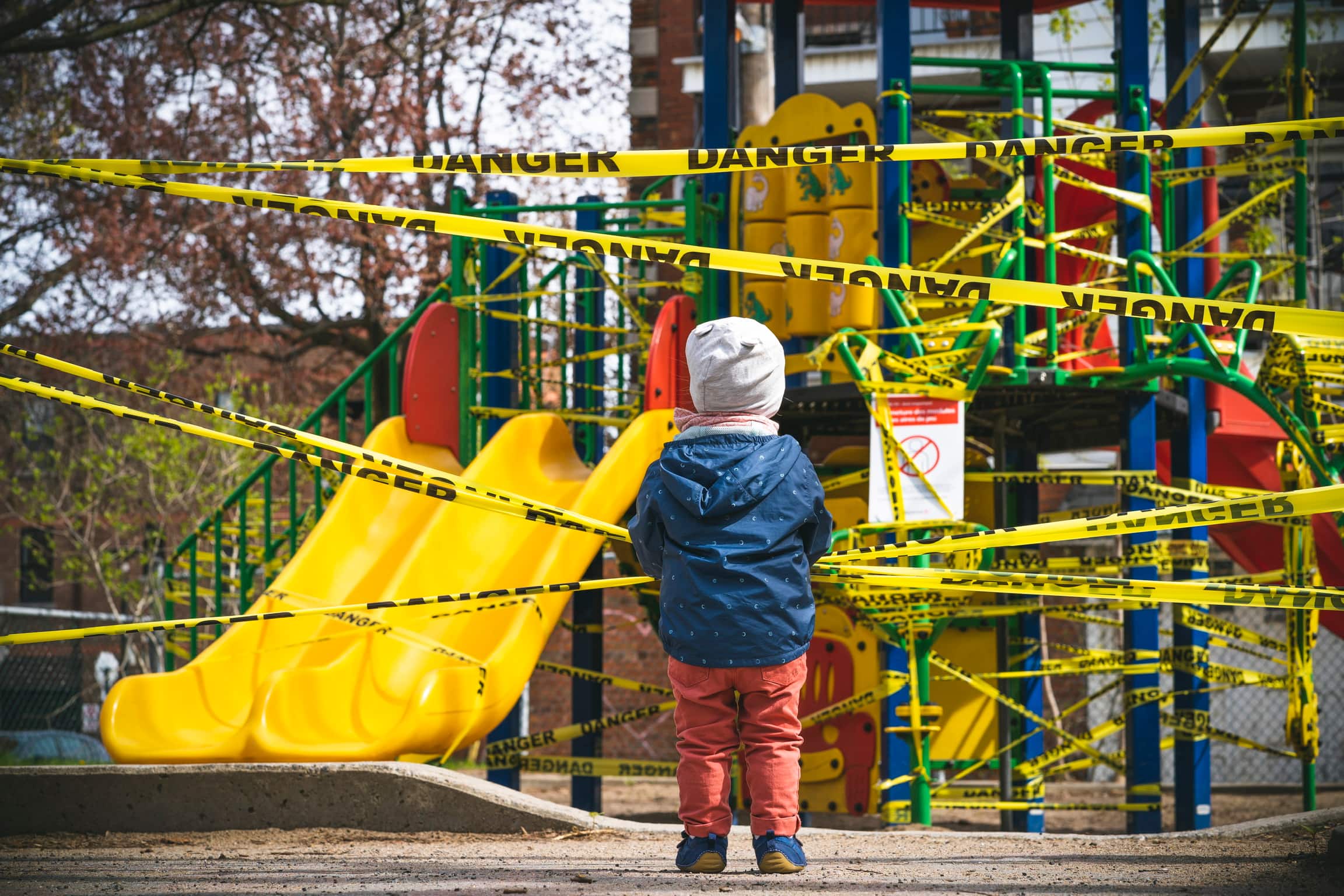 7 months agoVideo
2:02
As the weather finally warms up in Montreal, the city's parks have been busy while public health officials urge people to avoid holding large outdoor gatherings. 2:02

"Allowing and enabling people to spread out as much as possible in outdoor spaces will reduce the risk of disease transmission," it said last month.

In order to create more space for Montrealers to spend time outside, while respecting distancing rules, the city will close certain streets to cars and turn them into pedestrian walkways.

Starting in June, long stretches of Mont-Royal Avenue, Wellington Street and De La Commune Street will be reserved exclusively for pedestrians and cyclists.

'We have to be very socially responsible': McCann

As he announced that more confinement measures will be lifted in the Montreal area by the end of the month, Premier François Legault stressed that obeying physical distancing rules was a question of showing basic respect for others.

"I'm asking people in parks to respect the two metres. And if they are close [to each other], also to use a mask," he said Monday.

He was joined by Health Minister Danielle McCann, who said people should make the connection between the danger of large gatherings and exhausted health-care workers struggling to cope with the volume of COVID-19 patients.

"When they're in the park and they don't respect that two metres, a nurse, a doctor, a [health-care worker] will have to take care of more patients," McCann said.

"We have to be very socially responsible for everybody."