The premier sat down with CBC News host Debra Arbec for a year in review discussion. 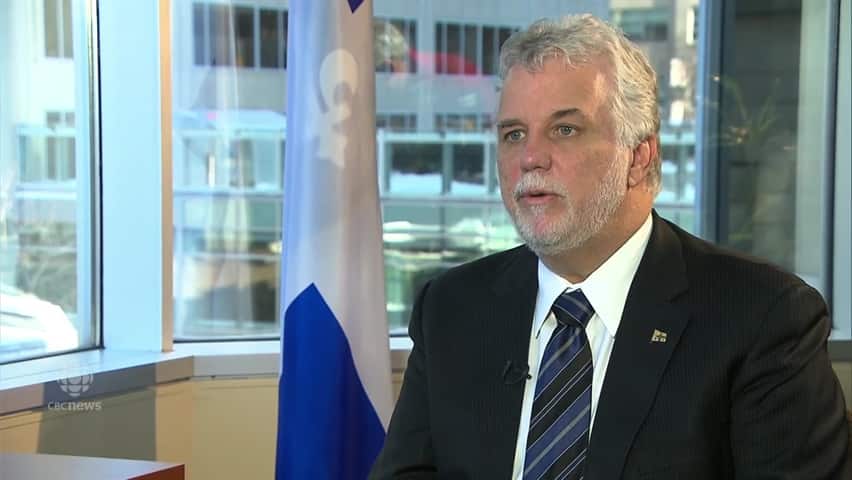 The year in review with Philippe Couillard

4 years agoVideo
5:03
CBC News Montreal anchor Debra Arbec sits down with the Quebec Premier to look back at the last year, and what he has planned ahead for 2017. 5:03

Quebec Premier Philippe Couillard sat down with CBC News at 6 host Debra Arbec for a year in review discussion.

On his biggest achievement in 2016

Doing what I said I would do. I told Quebecers in 2014, what we will do is, we will balance the budget, clean our public finances, make them stable. With the money that we'll get from this, we'll invest in the education, health care and in the new economy and we've done exactly that.

I'm quite proud of that, proud of my team. It was hard work that everyone had to get involved in but now we are reaping the benefits of this.

I saved Quebec from financial disaster. Not only me but my team and myself.

On health and education funding

The budgets of health care and education were never diminished at any moment in our term. We always increased them, less than what we would have done with sound finances, but we never cut the budget.

That's something I will repeat and I can prove. But as soon as we got some breathing room, immediately we put the money back in the public services. And we had to do it, we could not just keep Quebec in deficit, indebted as it is, without having the risk of sinking even further in the red and then endangering our public services in the long-term.

On accusations of abuse in Val d'Or

We have a very good meeting with the aboriginal leaders. We still have some things to adjust but we've made significant progress. I never ruled out a public inquiry, I said we have to be careful and define what we want to get out of it. If the exercise is only about repeating the police inquiry, it's not going to be helpful for anyone.

If, on the contrary, it addresses systemic issues, including racism, between Aboriginal people and our public services, in particular the police, then it's good because it can lead to a better relationship, a return of trust and reconciliation.

So I'm quite happy to be working with the Aboriginal leadership, and very soon, before Christmas, I will get an announcement on that.