Katie Lowry, executive director of the organization that helps combat high drop-out rates in Stanstead, Que., says shifting services online has helped staff get over some of the hurdles it previously faced.

Phelps Helps executive director Katie Lowry hasn't seen most of her students in person in weeks, but she still knows what they're up to.

Since her organization shifted its tutoring and mentorship programs online, the high school students they work with have been sending her screenshots of themselves studying and meeting with staff, and Lowry says they're in more constant communication.

She said it's very likely her team will even find a way to continue online tutoring after in-person sessions are allowed to resume.

"They're sending us little communications throughout the day on their progress, so I think it's going to be tighter knit in the end."

Phelps Helps offers support to young people in Stanstead, Que., on the U.S. border in the Eastern Townships, to reduce the school drop-out rate.

When schools closed their doors in March, Phelps Helps staff contacted all 197 of their participant families to assess the social and academic needs in quarantine.

The assessment revealed 24 of the 55 high school students were "at risk" of either failing the school year or dropping out.

Twenty-three of the "at risk" students agreed to continued support from Phelps Helps during quarantine.

Lowry said even the students with greater needs and insecurities about class participation have thrived by switching to online tutoring.

She said it can be logistically complicated to ask questions in an online class with several dozen students, so she prefers the one-on-one help Phelps provides.

"The one-on-one tutoring with Phelps is a really good help, because you feel comfortable asking a question any time."

Lowry said many of the students at Phelps Helps face challenges because they attend regional high schools, like spending upwards of three hours a day on a bus, and they often have chores and responsibilities on family farms.

"These are big hurdles, and some of those obstacles and barriers have been eliminated by being online," Lowry said. "Those students who were really disengaged because of geography, really, have become more engaged, so you start to see what the real barriers were."

She added internet access is a challenge for many people in the region.

Six of Phelps Helps' 55 high school participants have limited or no internet access, and one is without a device, like a computer or tablet. But through a partnership with the municipality and other community organizations, Lowry said Phelps has been able to bridge some of those access gaps.

"In terms of internet access, it's shoddy out here," Lowry said. "But for the most part, everyone has been able to find a central location that has it."

She explained many students will head to the local grocery store, clinic, or elementary schools for a connection.

"You'll see cars parked, and it's kids and families adapting to that," Lowry said. "That's just part of the reality, so they want to do it. They find ways to make it work."

Chamberlain, who has been with Phelps Helps since she started high school and plans to study nursing in the fall, said the internet problem affects both her tutoring and online classes through school.

"Sometimes the internet can be pretty bad, so in the middle of a call it will just cut out and we have to start over," Chamberlain said.

"[Issues] like that don't necessarily waste our time, but they do take time away from learning," she said. 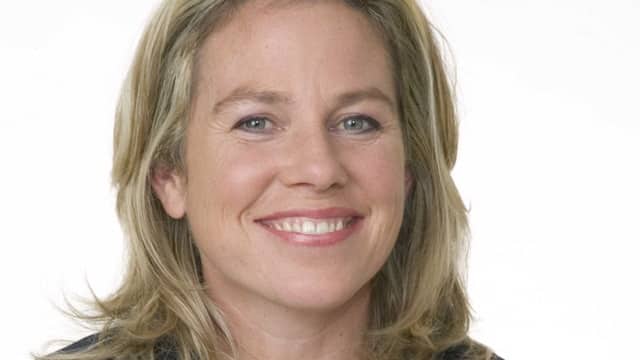 Quebec AM9:26Phelps Helps: supporting students online
Stanstead NGO Phelps Helps has moved its tutoring and mentorship sessions online so it can continue to reach students even during quarantine. 9:26

Working online has also helped with another challenge: volunteer recruitment.

Lowry said she's been able to tap into a pool of volunteers she didn't previously have access to, like students at Bishop's University in Lennoxville, who prior to lockdown found it difficult to get to Stanstead, 45 minutes away by car, to tutor.

Lowry added the next step is to plan for September, when she hopes to incorporate online tutoring into the organization's regular programming.