People with dementia among hardest hit by COVID-19 health restrictions

Many people with cognitive impairments suffered as visits and other socializing ground to a halt during the first wave of the pandemic. Now, researchers hope lessons have been learned that will allow them to better survive the second wave.

Before COVID-19, Lyne Gauthier did her best to keep her husband's mind from slipping away by organizing activities they had enjoyed together before he was diagnosed with early-onset Alzheimer's disease.

She would visit the long term facility where Yves Dessureault, 66, has lived for three years and take him on simple outings.

"We'd go grocery shopping, go out for an ice cream cone," said Gauthier. Sometimes they would just "listen to music and dance."

But then the coronavirus hit, and there were no more outings.

There were also no more services like pet therapy or music therapy within the facility due to the pandemic.

Gauthier says she has watched her husband deteriorate dramatically in the past six months. He's now considered to be in the late stages of Alzheimer's.

"I think COVID has really fast-tracked the progression of his symptoms," she said. 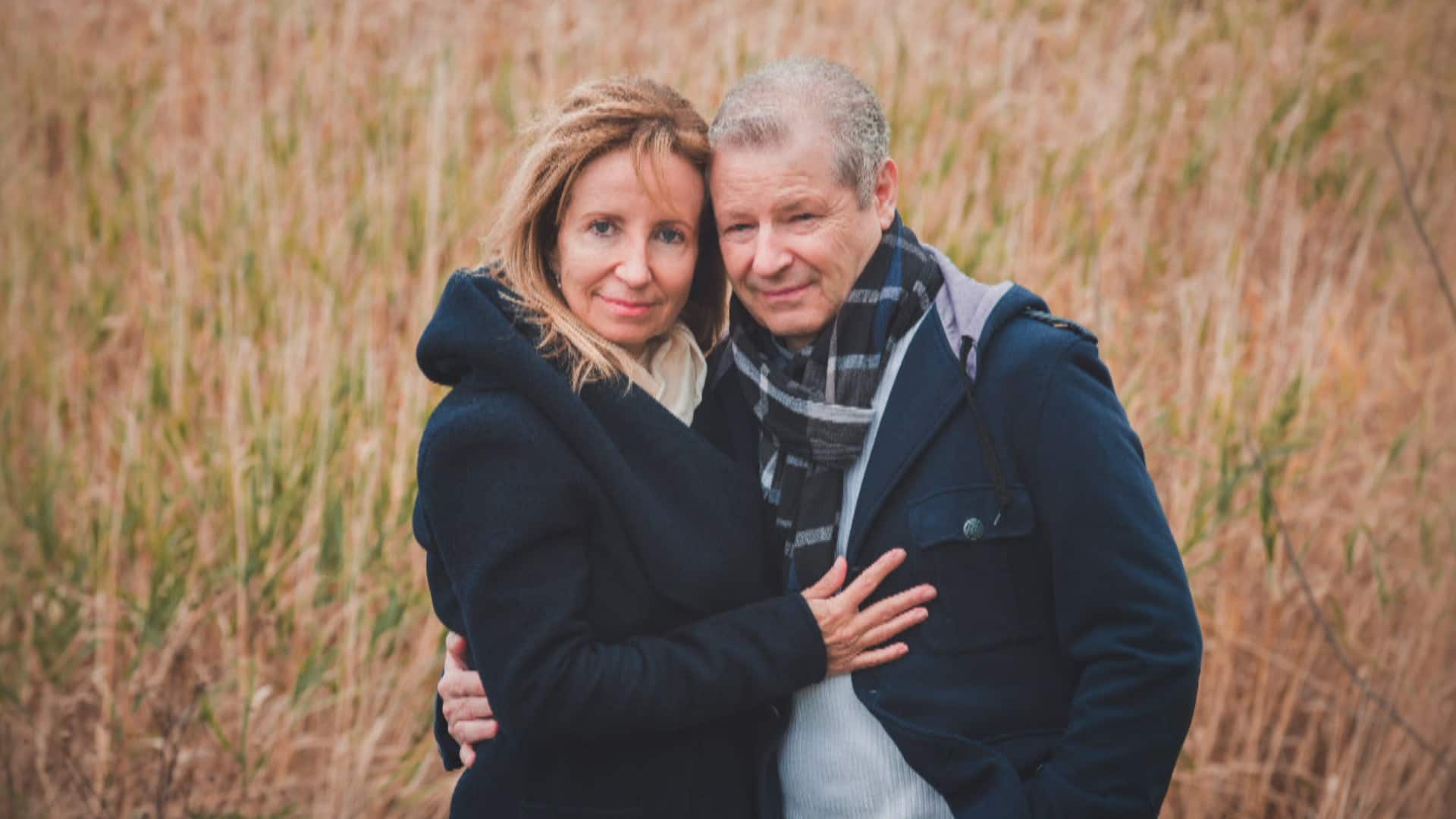 3 months agoVideo
3:26
Lyne Gauthier has watched her husband slip further and further away amid restrictions limiting family visits, outings, and therapeutic connections with the outside world. 3:26

Gauthier feels the health rules that curtailed their outings and deprived Dessureault of face-to-face contact robbed him of precious time as a husband, father and grandfather.

At his care home, there is little mingling these days and many residents eat their meals in their rooms.

The social isolation has left him more fragile, both physically and emotionally, said Gauthier.

Since the spring, she says, Dessureault appears more upset and anxious. His balance has gotten worse and even the simplest words have lost their meaning.

"If I want to show him where we'd like to sit, I need to tap the seat and do more gestures," said Gauthier.

"There is a lot he can't do anymore."

There is some preliminary research from the United States and the U.K. suggesting people with dementia were hit the hardest by the virus.

Not only were they at an increased risk of being infected and of dying from COVID-19, but there were thousands of so-called excess deaths — meaning many more people died than the average for the same period in previous years.

Vedel fears the same will be true in Canada.

With funding from the Canadian Institutes for Health Research, Vedel is leading a research project in collaboration with Alzheimer's societies across Canada that will measure the deaths of people with dementia during the pandemic.

It will also examine what impact the disruption of services and access to health care may have had on their lives.

For instance, during the first wave of the pandemic, Quebec feared hospitals would be overrun, so long-term care facilities were asked not to send people to the ER, said Vedel.

"It's very probable that even though they had acute illnesses, they were not sent to the emergency department, so they didn't receive the appropriate care they needed."

Lessons for the 2nd wave

Maintaining services as much as possible during subsequent waves of the virus is paramount, Vedel said.

"We have to make an extra effort for them and make sure that they can be well cared for during the pandemic," said Vedel.

She expects the research group will have statistics and recommendations in the spring.

With parts of Canada now firmly in a second wave of the pandemic, all the changing health precautions and disruption can be especially distressing for people with dementia.

In Quebec, for instance, more and more regions are in red zones, where visits are once again limited in long-term care homes and private seniors' residences. The partial lockdown also means many programs are suspended.

The goal is to limit contacts and keep the virus from sweeping through those facilities as it did in the first wave.

The directive to wear masks or face coverings to slow the spread poses a problem for these patients because it's harder to read facial expressions, which they rely on to communicate and interact.

Overmedication is another problem: As patients get more agitated, more medication is being prescribed, including anti-psychotic drugs to calm them down, said Nouha Ben Gaied, the director of research and development for the Federation of Quebec Alzheimer Societies.

These drugs, "are inappropriate to use for people with dementia and they can cause more harm than benefits" said Ben Gaied.

A spokesperson for the ministry said it has introduced measures to better protect this population and reduce the number of excess deaths.

That includes better access to a family doctor and improving the transition between primary care and specialized services, said Marie-Louise Harvey.

The government has also recruited nearly 10,000 new patient attendants, about 7,000 of whom are already working in the system. The rest are still in training.

Infection control and prevention is also being closely watched.

Even so, since September, some of the new outbreaks in long-term care homes or private seniors' residences in Quebec have been in units for people with a cognitive impairment like Alzheimer's or dementia.

Gauthier's greatest fear is her husband getting COVID.

She's concerned about the high number of cases in Quebec, and what will happen to her husband if the partial lockdown is extended beyond the end of the month.

She's doing everything she can to help her husband connect, though now that his care home is in a red zone, all she can offer are video chats with family, walks on the grounds or jaunts in the car to listen to music.

One of the activities that still makes Dessureault light up, she says, is a visit with his grandchildren — even if it is through a window or on FaceTime. Dessureault loves children, she says, and seeing them brings out his goofy, playful side.

"I find my husband for a few more seconds, a minute. It's as if my husband is back," said Gauthier, fighting to hold back tears. "The emotions are there. They connect. It's just simple."

She says she knows he's still there, underneath the disease, but his quality of life has spiralled downward during the pandemic.

"He deserves better," said Gauthier, who sometimes finds it hard to keep her spirits up.