From Sherbrooke Street to René-Lévesque Boulevard, Peel Street in Montreal is lined with lights in the shape of bears, turtles, and wolves, the three clans of the Kanien’kehá:ka (Mohawk) people, and artwork depicting the three animals, made by an artist from Kahnawake.

Peel Street is lined with lights and art depicting bears, turtles, and wolves, the clans of the Mohawk people 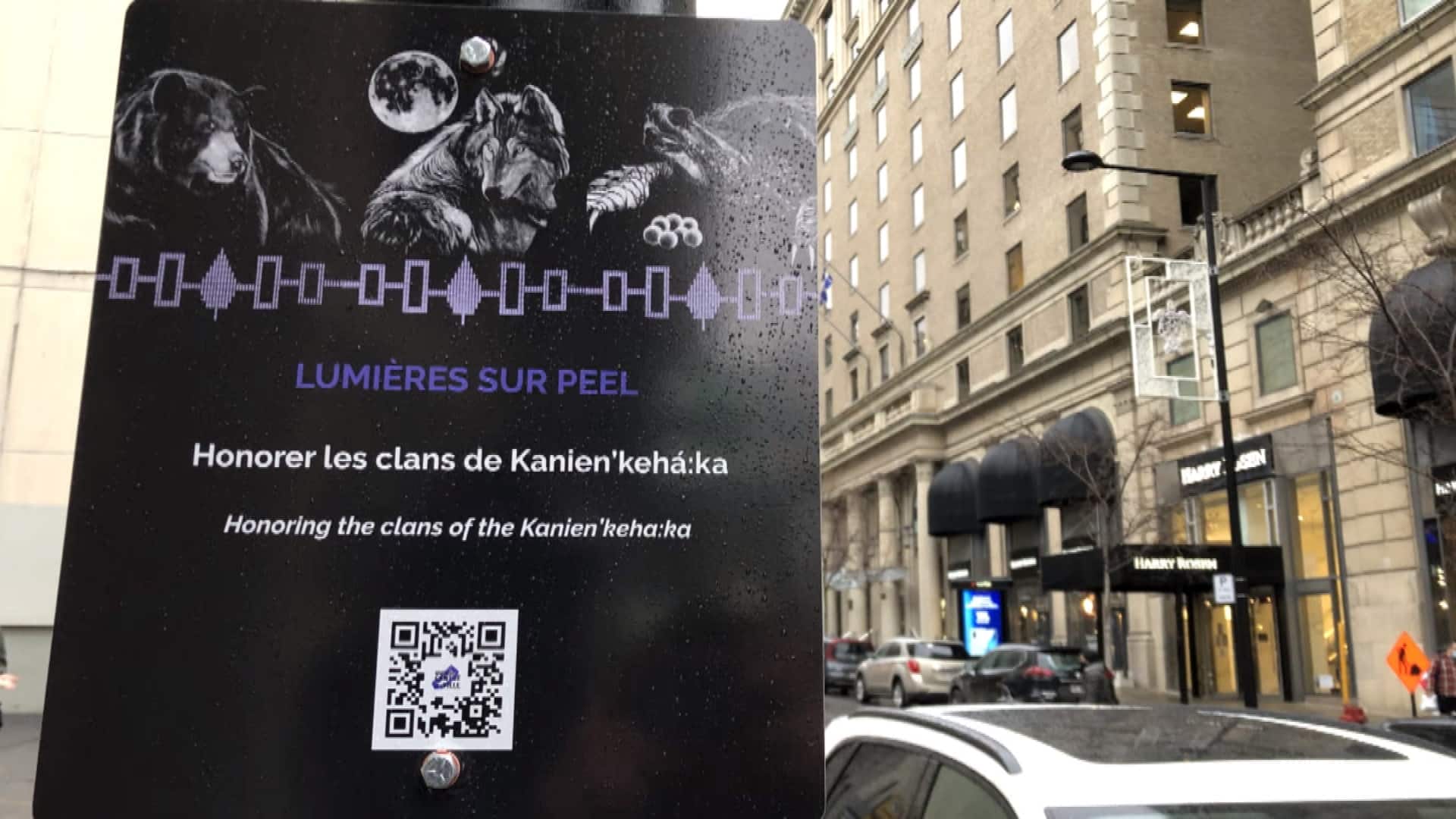 3 months ago
2:59
Kyle Williams is an artist from Kahnawake. His drawings are being displayed as part of the Lights on Peel project, which highlights the Mohawk people's three clans. 2:59

A festive display on Peel Street in Montreal isn't only esthetically pleasing — it's also an invitation to learn more about Indigenous history.

From Sherbrooke Street to René-Lévesque Boulevard, Peel is lined with lights in the shape of bears, turtles, and wolves, the three clans of the Kanien'kehá:ka (Mohawk) people.

The light installation, a project spearheaded by the downtown merchants' association, was created by ISM Art & Design, a commercial design company, in collaboration with the Mohawk Council of Kahnawake, a community south of Montreal.

The idea is to give passersby the opportunity to learn more about the history of the Kanien'kehá:ka people. It will be up until Feb. 15.

Kyle Williams, an artist from Kahnawake, created drawings that are affixed to panels at street level on Peel that, using a QR code, direct people to a website that gives more information about the origins of the Rotinonhsión:ni (People of the Longhouse) clan system.

His white-on-black drawings depict a bear, turtle, and wolf, as well as the peacemaker, one of the most important figures in Kanien'kehá:ka culture.

"I tried to give them as much of a striking, … iconic quality as I could," he said.

"I just hope that they're memorable, and then that kind of draws you in to try to learn more about it."

Watch the video above to hear Williams talk about his art and the inspiration behind his drawing of the peacemaker.