Widowed by COVID-19, a pregnant mother of 5 struggles with guilt and grief

Désiré Buna Ivara was in the final stages of his doctorate, caring for his five children while his wife, Amoti Furaha Lusi, worked at a long-term care home in Dorval. Furaha Lusi struggles with her grief and her guilt over Ivara's death from COVID-19, blaming herself for bringing home the virus.

'He really had the Canadian dream,' says Amoti Furaha Lusi of her husband, who was finishing his PhD

When Amoti Furaha Lusi first heard in March that a fellow patient care attendant was showing symptoms of COVID-19, she was horrified.

Working at the Centre d'hébergement Foyer Dorval, she knew catching the virus was a risk, but it began to feel more real.

"I kept thinking, 'May God protect me,'" she said. "Images of my family kept coming to my mind, and I said, 'My God, if I catch something today, what will I bring home?'"

Her husband, Désiré Buna Ivara, was just finishing up his thesis for a doctoral degree in health and society at the Université du Québec à Montréal, on the cusp of fulfilling another lifelong dream. He was busy helping his children keep up with their schoolwork through the early days of the pandemic.

But by late May, Ivara was dead, leaving a pregnant Fuhara Lusi and their five children without their beloved husband and father.

Ivara had immigrated to Quebec from Congo in 2004, with the hope of making a better life for his family. His wife and oldest children joined him a few years later, and the family settled in Deux-Montagnes, 40 kilometres northwest of Montreal.

"He really wanted to build a life here," said Furaha Lusi. "He really had the Canadian dream."

Fearing that dream was about to be ripped from her, Furaha Lusi confronted her manager with her concerns, asking about her colleague's symptoms.

"He told me, 'Rest assured, everything is fine.'"

At that point in the pandemic, the province was dealing with a shortage of masks and personal protective equipment, and that meant some employees of long-term care homes were working in less-than-ideal conditions.

"In Dorval, they would ask us to work in a single mask for the entire day," Furaha Lusi said.

On some occasions, she said, staff even had to resort to folding up a paper towel to make their own makeshift mask.

"The biggest problem is that masks weren't made mandatory from the beginning," said Jonathan Deschamps, the president of local 2881 of the Canadian Union of Public Employees. "Probably, that's when people were infected."

By early April, almost half of the 30 employees at Centre d'hébergement de Dorval who were tested were found to be COVID-19-positive, CIUSSS de l'Ouest-de-l'Île-de-Montréal, public health board for the West Island, confirmed in a statement. Furaha Lusi was one of them.

It didn't take long before all five of her children, as well as Ivara, tested positive, too.

"After three days, my husband started to have difficulty breathing and a high fever," said Furaha Lusi.

Ivara was transferred to the Centre hospitalier de l'Université de Montréal and put in an induced coma. Confident that Ivara would recover, the doctor told Furaha Lusi that, "All that was left was for him to wake up and to go through the rehabilitation."

But one evening, nearly a month into her husband's hospitalization, it all went downhill. Furaha Lusi sat at Ivara's bedside, desperately urging him to stay alive.

Now as she grapples with her grief and with the prospect of raising six children on her own, Furaha Lusi also feels insurmountable guilt.

"I keep asking myself, if I hadn't gone to work that day, maybe I wouldn't have brought this home," she said.

In a statement to Radio-Canada, the regional health authority extended its condolences to the family.

"We are with the patient care attendant and offer her our full support during this sad and difficult time," the CIUSSS statement said.

Community comes together for support

Over the last three months, staff at the children's school and neighbours worked together to make sure Furaha Lusi and her children felt loved and were fed.

"We got together and cooked for 11 weeks. We supplied the family with all their meals, seven days a week," said Diane Beauchamps, who works at the school.

"For us, it went without saying we needed to support this family."

The family's neighbours have also pitched in.

"The whole street has come together to help them," said Julie Hébert. "We made sure that there was always contact, because with five children, all alone, it must be tough enough."

Supporting six children on her own will also be a financial struggle for Furaha Lusi. Her union is looking to see if she is eligible for compensation.

"Our legal advisers are in the process of seeing if there is not compensation available for [Furaha Lusi] and her children," said Deschamps, who also launched a crowdfunding campaign for the family. 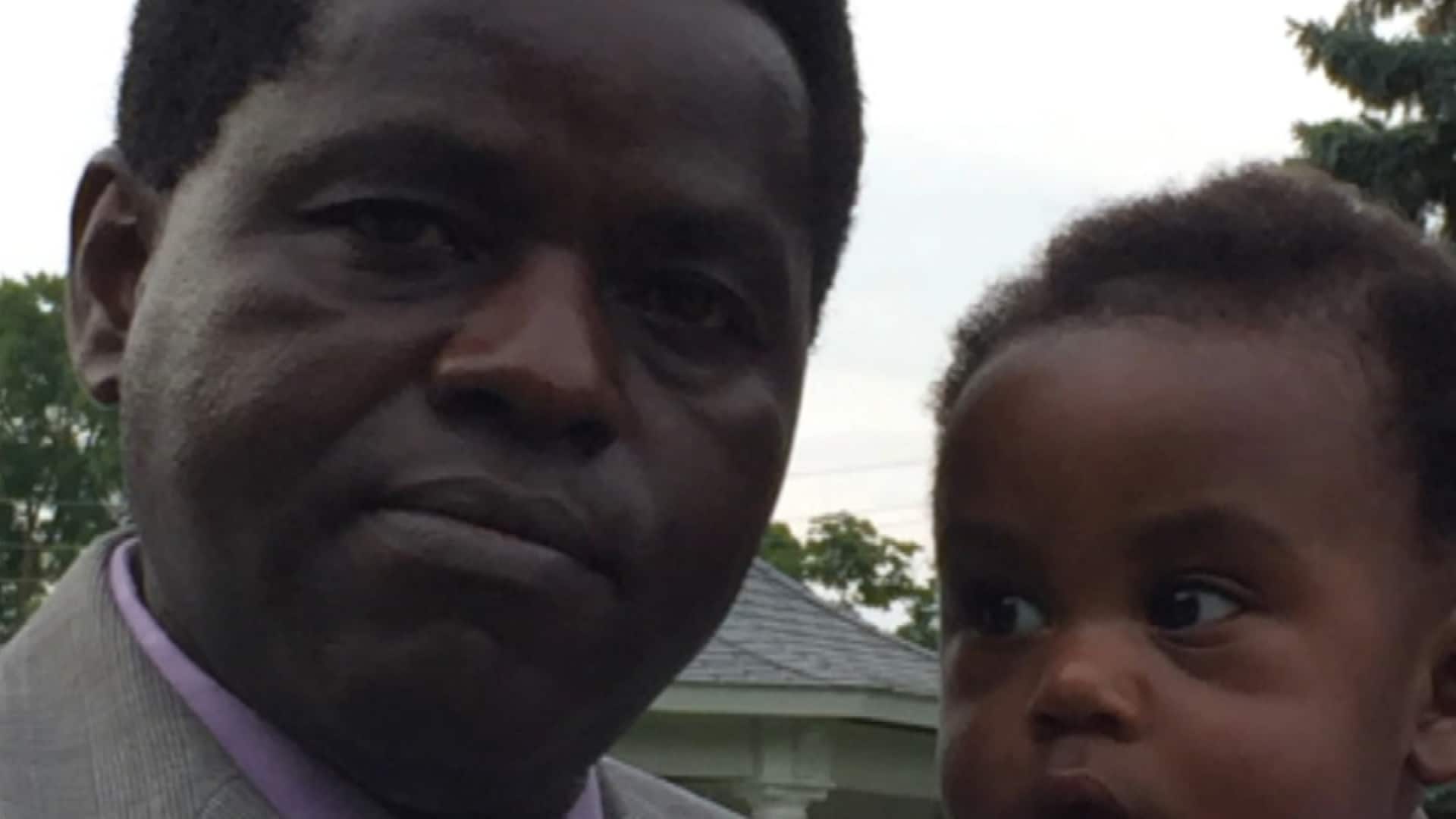 A dream of life in Canada lost to COVID-19

6 months agoVideo
3:45
Désiré Buna Ivara, beloved father and husband, didn't work or live in a CHSLD. But a COVID-19 outbreak in one killed him. Radio-Canada's Davide Gentile spoke with Ivara's widow. Debra Arbec prepared this report. 3:45

Translated and edited by Franca Mignacca, based on a report first published by Radio-Canada