Zoologists at Parc Safari have had to take on a new role — being moms to four baby arctic wolves that were abandoned by their mother.

Four newborn arctic wolves, born at the Parc Safari Zoo in Hemmingford, were abandoned by their mother 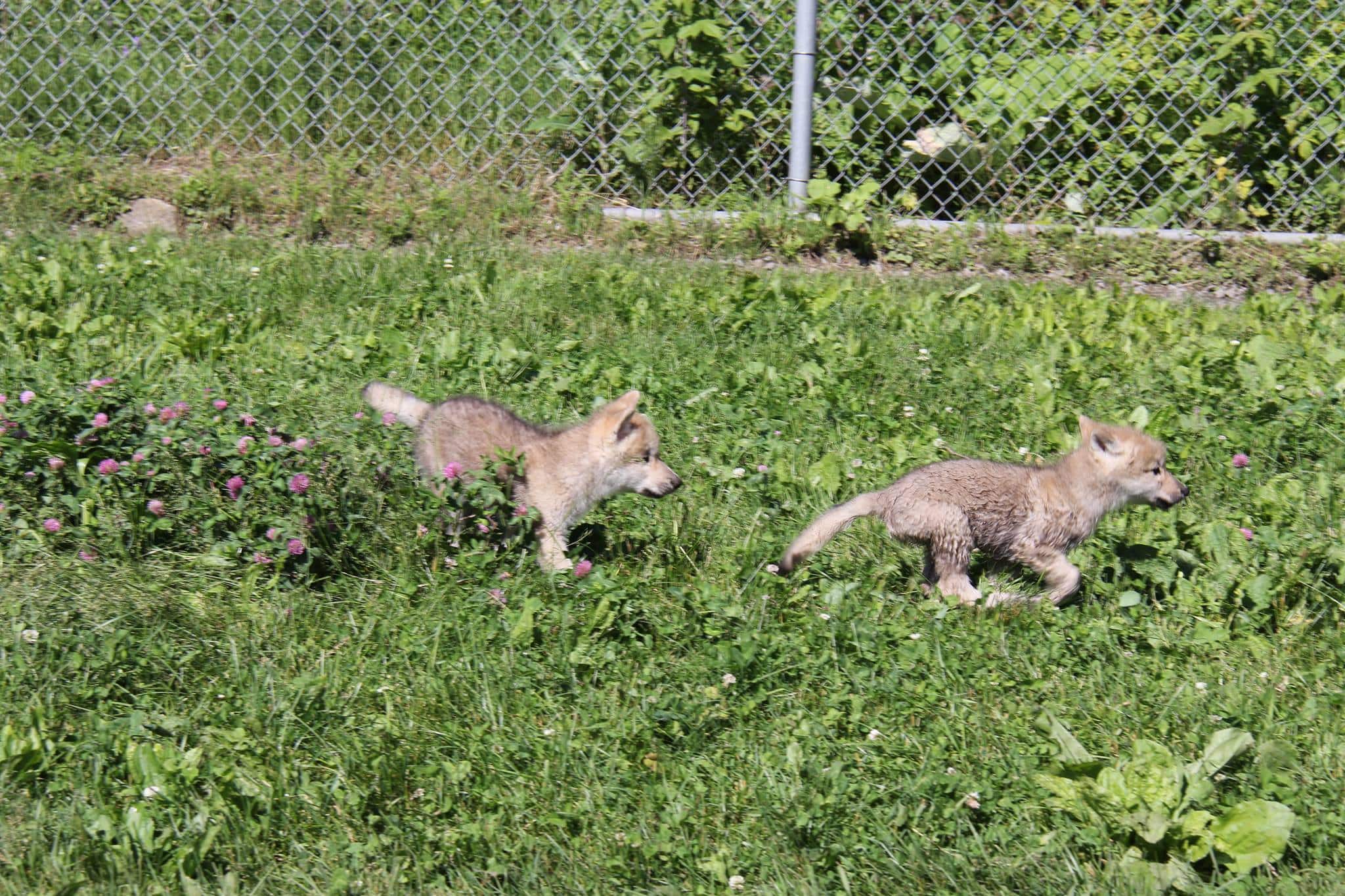 6 years ago
0:21
Zoologists at Parc Safari had to take on a new role - being moms to four baby arctic wolves. 0:21

Zoologists at Parc Safari have had to take on a new role — being moms to four baby arctic wolves.

The cubs were born in May at the zoo in Hemmingford, Que., which is about 70 kilometres south of Montreal.

Three zoologists stepped in to raise the wolves after they noticed the mother had abandoned them.

I am a mom — i t’s going to be hard to let them go.- Natalie Santerre, Parc safari zoologist

“That was her first litter. It does happen sometimes that with the first litter, the mother panics a little bit after the birth and the pain and everything that goes with giving birth. So she just left the babies in the den,” said Nathalie Santerre, a zoologist at Parc Safari.

Santerre and her colleagues kept an eye on the pups, until they were sure the mother wasn’t going to come back for them.

“They were very cold, and we could feel they were getting weaker. The biggest thing for us was that the mother didn’t clean them — which is a very important part of when they’re giving birth because it helps the blood circulation and gets all the fluid out of their lungs,” she said.

Santerre and two of her colleagues stepped in to care for the wolves — and each took turns bringing them home at night for feedings.

“In the first  week, just like every newborn, we had to feed them every two hours — and we’re talking about 4 puppies. So it’s four babies every two hours, so you just don’t get any sleep,” she said, adding that they did not want to separate the cubs.

“It’s very important for social structure. Already right now, they are only 6 weeks old and already there is a very good hierarchy — we know the dominant one, we know the clown, we know the trouble-maker,” Santerre said.

Now that the cubs are growing, Santerre said they will slowly be introduced to the pack of wolves at the zoo.

“Wolves are very focused around puppies — It is a big part of their life. Every year they get puppies and it’s a normal thing for them to raise puppies. They are usually very excited … and they get all that maternal and paternal instinct, so I’m not too worried. But I am a mom — it’s going to be hard to let them go.” Santerre said.