Old Dutch factory in Lachine closes its doors for good

More than 200 people are out of a job, as Montreal’s Old Dutch factory shuts its doors for good.

216 people lose their jobs, get week's worth of severance 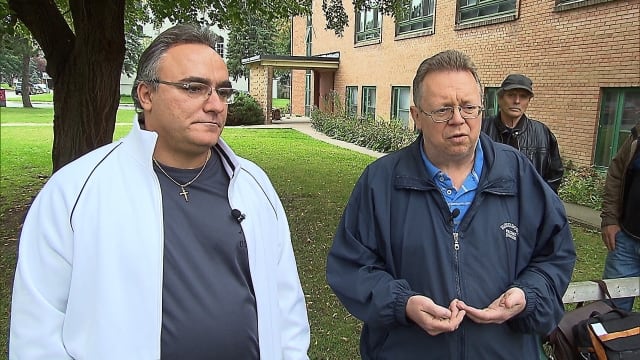 7 years ago
4:08
Workers say they feel abandoned, as the Lachine potato-chip plant closes after 49 years. 4:08

More than 200 people are out of a job, as Montreal’s Old Dutch factory shuts its doors for good.

The potato-chip manufacturing plant, which stood in Lachine for 49 years, closed unceremoniously this morning.

Old Dutch blamed the factory's shutdown on the age of the plant. It announced the closure in May, saying it wasn’t feasible to open a new, modern plant in the Montreal area.

The Minnesota-based company said Quebec customers will continue to be served by plants in New Brunswick, Manitoba and Alberta.

Originally a Humpty Dumpty plant built in 1964, the Norman Street manufacturer was acquired by Old Dutch in 2006. The plant was used without interruption for all of its 49 years.

We walked away with virtually nothing.- Old Dutch worker Rohan Williams

The company had asked the Quebec government for a subsidy of between $20 and $25 million to renovate and modernize its plant.

The request was denied by Quebec Industrial Policy Minister Élaine Zakaïb in June.

"They have decided a long time ago to close — we know that now," said Zakaïb, calling it a "savage decision."

The Old Dutch plant in New Brunswick was recently fully modernized, with the help of a generous grant from that province, and Zakaïb said in light of the fact the company hadn't invested in the Lachine plant in years, it's obvious the owner was never serious about keeping the aging factory alive.

"I know it's difficult for the families," Zakaïb said, "and we are working with them – with Emploi-Québec – so they will be able to qualify for other jobs."

William Shadbolt, the president of the union at the Lachine plant, worked there for 32 years before it shut down today.

He said at 57, he's typical of the plant's workforce – mostly people in their fifties – with little experience elsewhere and no choice but to find another job quickly.

"I've got a house to pay for, and I can't sit around the house for eight years waiting for my pension to come in," Shadbolt said. "But at my age, who is going to hire me?"

His colleague Michel Aumond, a 27-year veteran of the plant and a union steward, puts the blame for the closure squarely on Old Dutch's head office and its owner, Steven Aanenson.

"It felt like they abandoned us," Aumond said. "In the seven years that [Old Dutch] owned us, the owner came twice."

"We think from the get-go, their plans were to close this place, which we don't understand because Quebec is the third-biggest market for snack foods in Canada."

The laid-off workers are to meet with their union once again on Saturday, with the hope that there's still a chance of negotiating improvements to their dismal severance packages.

“It was so low the workers didn’t even want to take a vote on it. They said there’s nothing to vote about, so that is one of the big disappointments,” Williams says.

“We walked away with virtually nothing.”