The Mohawks of Kanesatake will on Saturday mark 25 years since the start of the standoff that became known as the Oka Crisis on the very spot where a botched police raid triggered those events on July 11, 1990.

The Mohawks of Kanesatake will on Saturday mark 25 years since the start of the standoff that became known as the Oka Crisis on the very spot where a botched police raid triggered those events on July 11, 1990.

The 78-day standoff began in earnest when Cpl. Marcel Lemay of the Quebec provincial police was shot and killed in an exchange of gunfire between a Sûreté du Québec tactical squad and Mohawk warriors, who had come in support of a protest camp that had blocked a proposed golf course expansion since that spring. The Quebec coroner was never able to determine who killed Lemay. 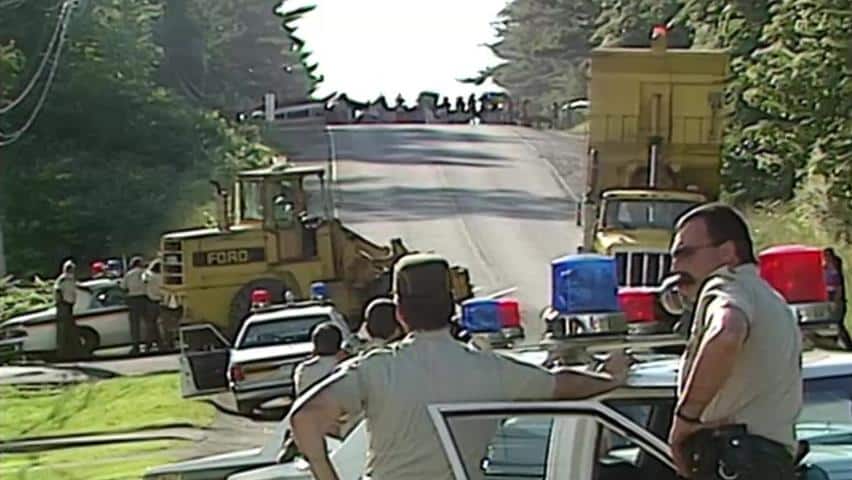 6 years agoVideo
4:16
CBC's Neil Macdonald and Paul Workman report on the first day of the standoff at Oka/Kanesatake. 4:16

Both the Town of Oka, some 60 kilometres west of Montreal, and the Mohawk community of Kanesatake claimed the land near the nine-hole golf course as their own.

The expansion never went ahead, however, and the issue of who owns that land has never been settled.

"The federal government, after the Oka Crisis, did not fix this problem. They should have bought this all out and just given it back to the community," said Kanesatake Grand Chief Serge Simon.

Oka Mayor Pascal Quevillon took part in the commemoration, at Simon's invitation. Simon said they are preparing to declare a moratorium on all future development in the area, which the Mohawks call the Pines.

However, Mohawk environmental activist Walter David, who was one of the first people to set up the protest camp in the Pines in March 1990, said condominiums encroaching on the forest are the least of the Mohawk community's problems these days.

Those concerns include "Energy East. Tar sands. Climate change. Protection of our water rights," said David. He said TransCanada's proposed Energy East pipeline would go right through the community, which is a patchwork of land nestled along the north shore of Lake of Two Mountains. 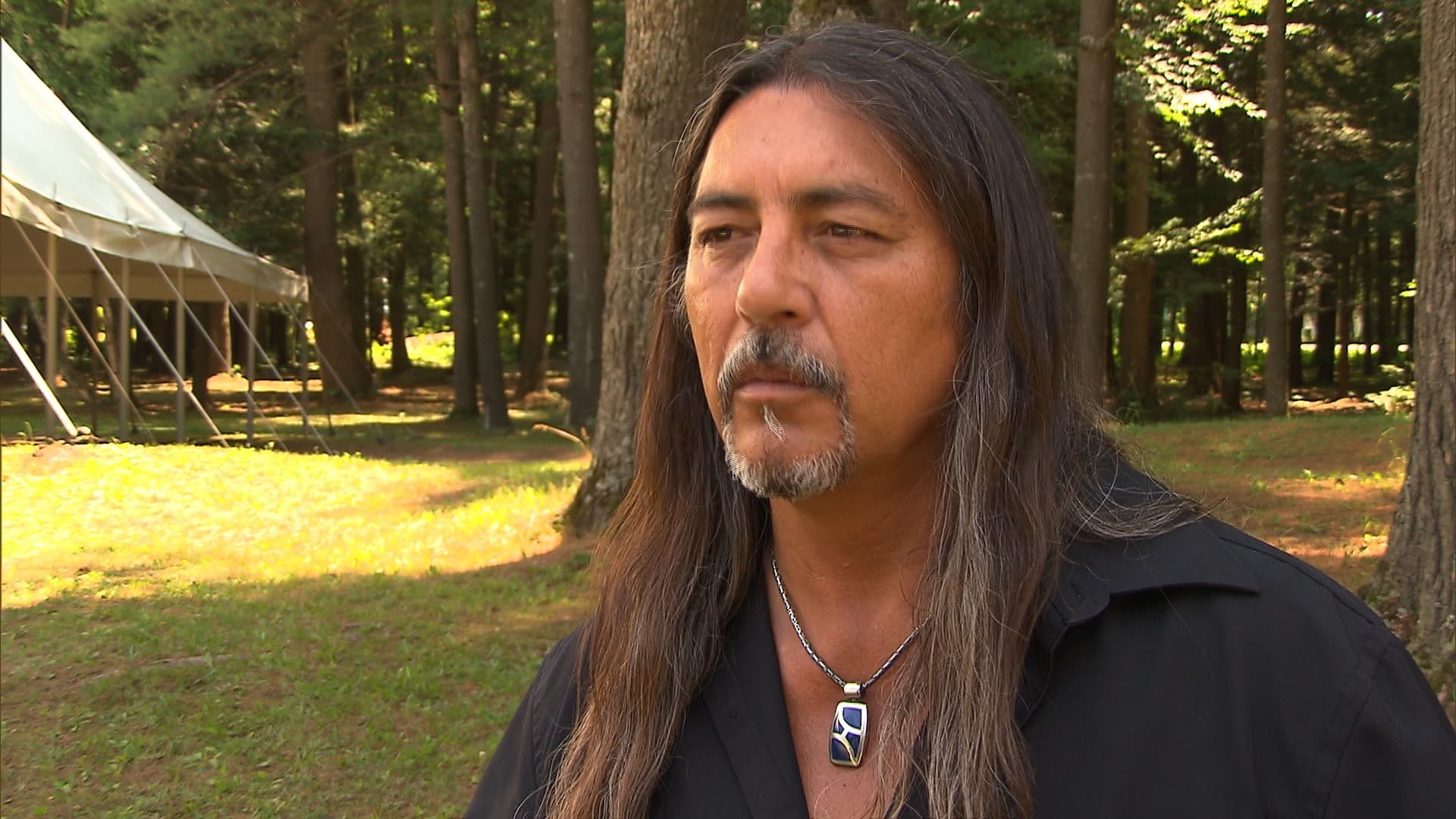 25 years after the Oka crisis

6 years agoVideo
2:04
It's been 25 years since the clash between the Kanasatake Mohawk and the town of Oka reverberated around the world. But so many years later, the issue of land ownership north west of Montreal still hasn't been resolved. 2:04

The Mohawks claim all of the land originally known as the Seigneury of the Lake of Two Mountains — which given to the Sulpician order of priests by King Louis XV of France for the "use and benefit" of the Mohawks and Algonquins whom the Catholic priests were determined to Christianize. Over the decades that followed, the Sulpicians sold off much of that land to European settlers.

That vast tract of land, which includes the rich agricultural farmlands and Mirabel airport, is subject to negotiations with the federal government under its specific land-claims process — negotiations which have been on-again and off-again over the years.

Simon said, under his leadership, negotiations with the band council are now once again underway, although they are subject to a media blackout.

At the height of the Oka standoff, more than 1,000 journalists — including television crews from the major American networks and as far away as Australia — sought police accreditation. In Canada, the wall-to-wall media coverage raised awareness about aboriginal land claims and other issues.

Among First Nations' peoples and their supporters, the crisis sparked solidarity marches, sympathy barricades and protest camps — setting the stage for other activism such as the Idle No More movement that followed more than two decades later.

The concrete commitments that came from the federal government when the barricades came down in September 1990 included a promise by Prime Minister Brian Mulroney to set up a Royal Commission on Aboriginal Peoples.

The six-volume report of that commission was released in 2006 and called for — among scores of other measures — the recently concluded Truth and Reconciliation Commission into native residential schools.

Mohawk artist and aboriginal rights' activist Ellen Gabriel, who became a spokeswoman for the Kanesatake Mohawk protesters during the crisis, said the events of 1990 exposed the deep-seated frustrations and anger of aboriginal people about a long history of mistreatment by successive governments that predates Confederation.

"This is a major event in Canadian history," said Gabriel. "It should be taught in schools. It's not even taught in [Kanesatake's] school. Isn't it sad?"

"They want to make this problem go away. The best way to do that is to ignore that it had any significance."