A group of Quebec Inuit are trying to stop a controversial documentary from screening at future film festivals after a showing in New York on Sunday.

Documentary is made from clips from internet sites including Youtube

A group of Quebec Inuit are trying to stop a controversial documentary from screening at future film festivals after a showing in New York City on Sunday.

of the North by Montreal filmmaker Dominic Gagnon has come under fire for its depiction of Inuit communities.

Made of video clips from various websites including YouTube, the film contains scenes of people appearing drunk and wrestling on the floor. To make the film, Gagnon says he drew from around 500 hours of footage of the circumpolar region and stitched it together at his computer in Montreal.

A petition to have the film's screening cancelled at the Museum of the Moving Image has garnered closed to 1,200 signatures.

"If this film is about Inuit, then why isn't he talking [with] Inuit? And why isn't he including Inuit in this conversation," asks Stephen Puskas, an Inuk man in Montreal.

In past interviews, Gagnon has countered that his critics are missing the point of the film. He said it is not about Inuit but about how people film themselves.

The screening went as planned at the museum, but with an acknowledgment that the film's extreme imagery is offensive to some viewers.

"We feel that the film has strong artistic merit and that its use of disturbing imagery is part of an artistic strategy designed to raise questions and challenge the viewer's assumptions," the museum said on its website. 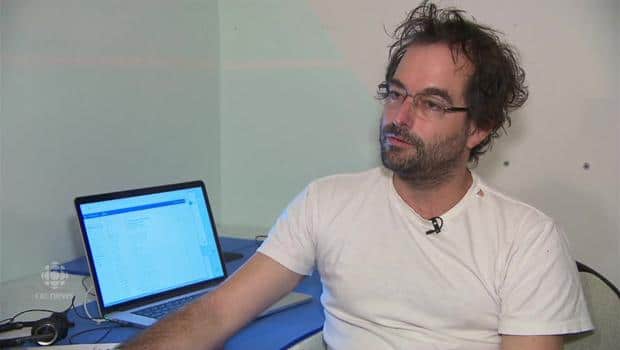 5 years ago
1:08
Of the North is a 74-minute collage film made up of publicly available clips drawn from internet sites like YouTube. There are images of everyday life, such as people snowmobiling and hunting. 1:08

"As a work of avant garde cinema constructed and compiled by Mr. Gagnon, the film does not claim to be a representative portrait of Inuit life."

Puskas said he will continue to pressure other film festivals to boycott the film, and to include minorities in public discussions about movies showing them.

of the North is scheduled to screen at a film festival in Naples in April.