Laval and Outaouais are now under the "moderate alert," or the orange level. The Centre-Quebec region will move from green alert to yellow alert as cases continue to climb.

Several outbreaks of COVID-19 have already been reported in Laval

More regions in Quebec will be facing stricter restrictions as new cases and hospitalizations rise in the province.

Laval and Outaouais are now under the "moderate alert," or the orange level, Health Minister Christian Dubé said Tuesday. The Centre-Quebec region will move from green alert to yellow alert.

In Laval, several outbreaks have been reported, including an outbreak that infected 10 at Cité-de-la-Santé hospital, and one that infected 20 residents at a private senior's residence.

"Primarily, the situations responsible for outbreaks are private gatherings, like parties, family dinners, or weddings. These gatherings are closely linked to outbreaks that affect many communities in Laval and undermine the health and safety of our most vulnerable populations," said Dr. Jean-Pierre Trépanier, the regional director of Laval public health.

Trépanier said these private gatherings have forced public officials to tighten the measures already in place.

Other regions, including Montreal, Quebec City and the Chaudière-Appalaches region, are already under orange alert, the second-highest alert level under the province's colour-coded regional alert system.

Some of the new public health rules applicable for residents in the orange zones include:

Dubé said the beginning of this second wave is different from the first, saying that though the province is not yet in a state of emergency, it is in a "fragile state" and further measures need to be taken in order to slow the second wave of COVID-19.

The province is calling on retired health-care workers, including midwives, dental hygienists, medical technologists, physiotherapists and auxiliary nurses, to volunteer to return to work to help in testing.

Dubé also asked for people with a background in investigations, such as retired police officers, to help with contact tracing.

The province is also reconsidering contact tracing apps — a departure from its position last month, when the provincial government declined to adopt the federal contact-tracing app, citing privacy concerns and efficacy. 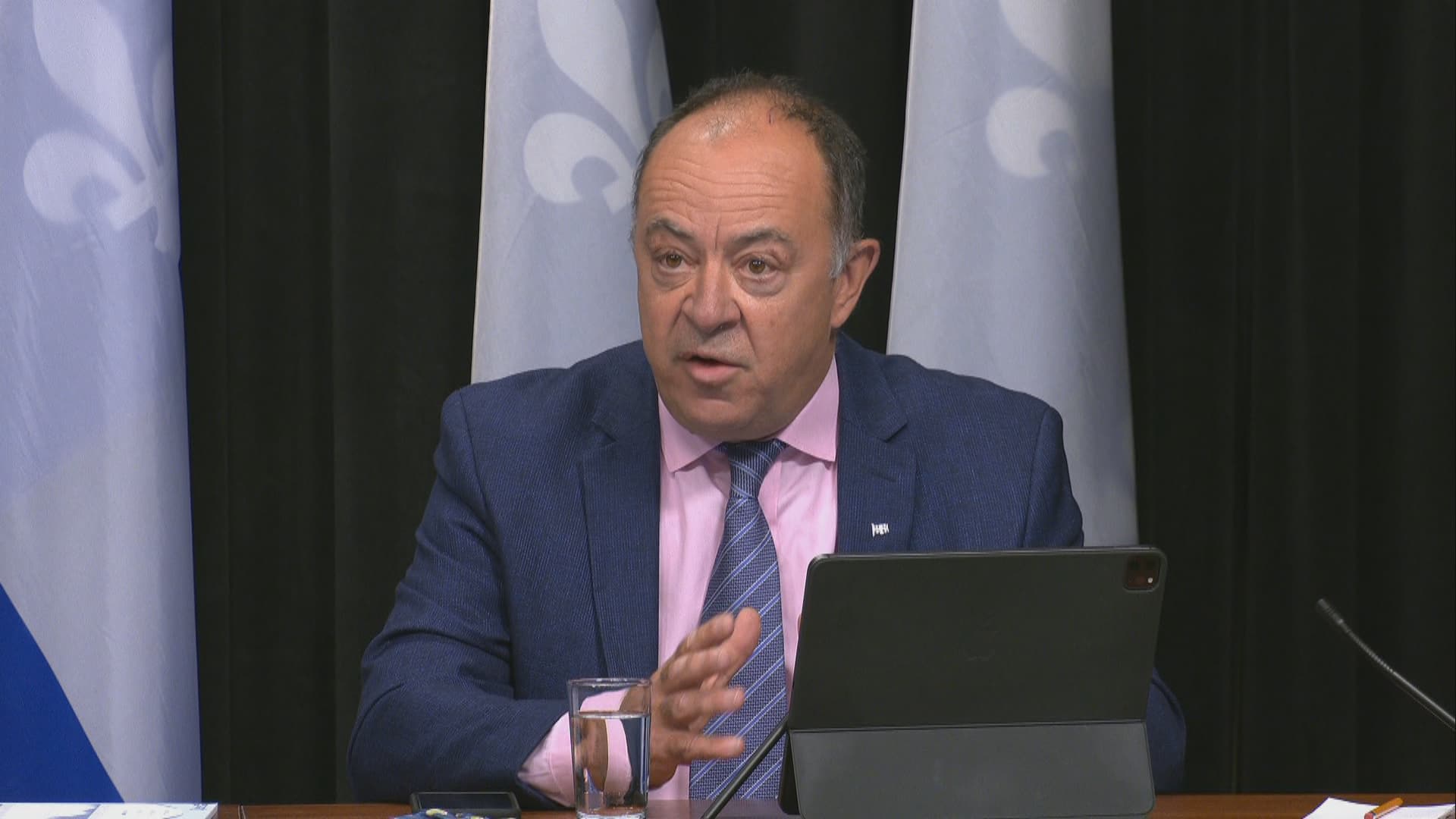 1 month ago
0:45
Christian Dubé, Quebec’s minister of health and social services, says community transmission in the Outaouais is concerning because of its potential impact on health-care workers. 0:45

To contain the virus, Dubé said he is also looking into cracking down on irresponsible behaviour by some Quebecers, saying people do not seem to be as willing to follow rules as they were in the spring.

"We're all a bit fed up," Dubé said, about restrictions imposed by the pandemic as he appealed to Quebecers to limit gatherings as much as possible.

Quebec public health director, Dr. Horacio Arruda said he would like police to be able hand out tickets to individuals not respecting public health measures in private homes but he also said he was not a legal expert and did not know if it was possible for law enforcement to enter a home without a warrant.

Dubé said he was angered by a party in Laval last weekend, where police intervened at a restaurant where a large gathering was dancing and mingling, without masks.

Reportedly, people resumed the festivities as soon as the police left.

Dubé said it was an example of "unacceptable behavior."

Dubé said Quebecers need to step up their act in order to protect the health care network and health care workers, many of whom are exhausted from fighting on the front lines of the first wave of the pandemic.