The drop-in space is open to all young people in Montreal, and draws young people from as far as Montreal North and Saint-Michel. 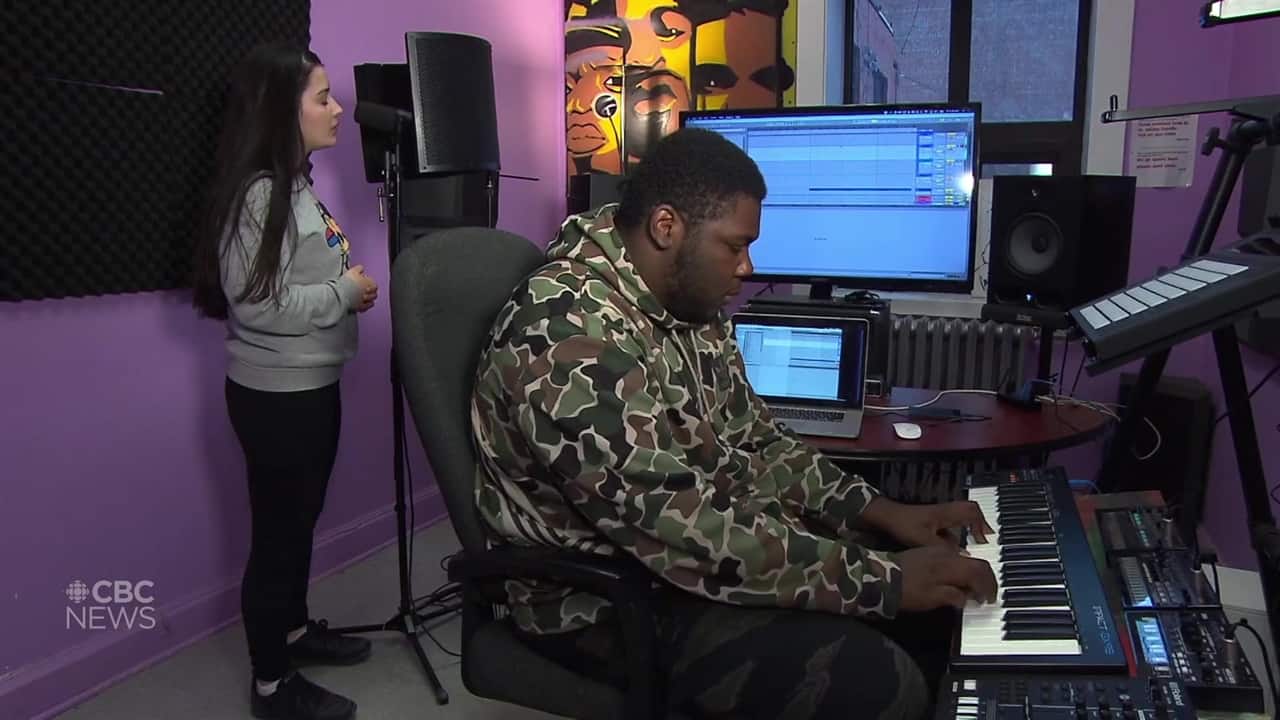 1 year ago
1:39
J2K, a free music studio and space in NDG, gives marginalized youth an extra push to pursue their dreams. 1:39

How important is it to have a creative space where you can express yourself?

For the teens that use J2K, a free music studio in NDG, it means the world.

The studio, run by non-for-profit organization Head and Hands, is open to teens from across Montreal — and generally attracts young people from marginalized or underserved communities.

"It's definitely a space for people who need another home, who need a family to pay attention to them and to give them a space without judgment," said Xavier Arocha, one of the animators.

Teens who come into the studio often leave feeling empowered. Arocha says he hopes the youth also learn to love themselves through the process.

"Be proud of where you come from, what your lineage is, who you are, what your struggles are," he said.

An immigrant from St. Vincent, Mckie said he struggled in school because he didn't feel supported.

"You start believing, 'I'm not going to be anything in life,'" he said.

He eventually dropped out. At J2K, Mckie said he feels like he is working toward something.

Mckie said he doesn't know what he would be doing if he couldn't go to the studio.

"I feel like I would be out and about on the streets, not doing anything in my life," he said.

"I don't think I would do any good if I wasn't in this space."