Local graffiti and mural artists Tasia Valliant and Jenna Schwartz have brought a new and timely work of art to Pointe-Saint-Charles. 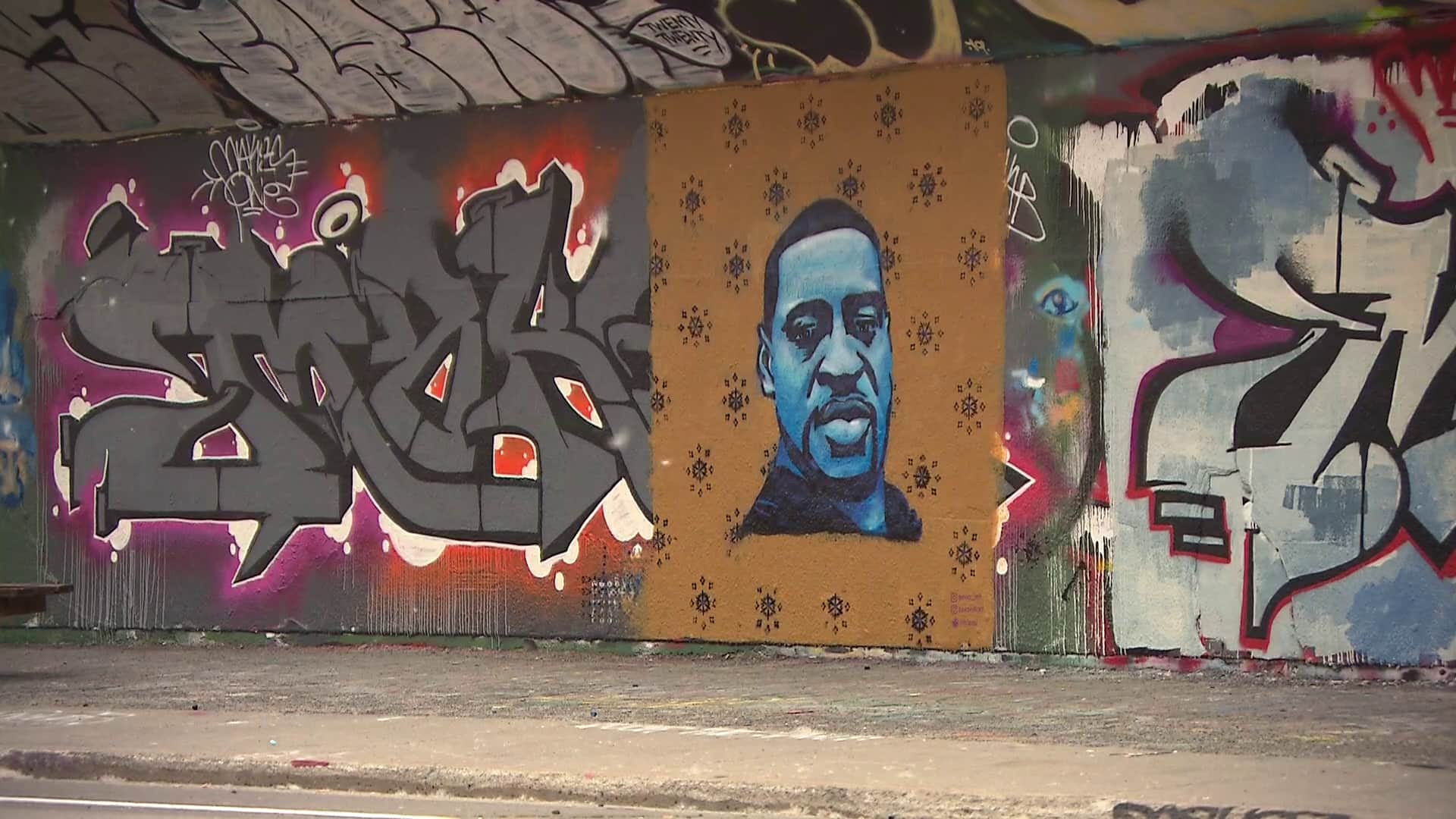 5 months ago
2:16
Montreal graffiti and mural artists Tasia Valliant and Jenna Schwartz created a portrait of George Floyd in Pointe-Saint-Charles. 2:16

Graffiti artist Tasia Valliant and muralist Jenna Schwartz wanted to contribute to the global movement galvanized by the May 25 killing of George Floyd.

As artists, they say their mural makes the discussion triggered by the Minneapolis man's death under the knee of a police officer, now charged with his murder, more accessible.

As people walk by, they take a photo, post it on social media, and the photos get reposted, "so people might engage more with what is happening," Valliant said.

The two artists spray-painted the portrait on a free wall behind a community centre in Pointe-Saint-Charles on Monday. It took them about five hours to complete.

They say their artistic vision was to capture Floyd's facial expression, to make his portrait visually striking and identifiable for passersby. They also made sure to use calming colours to make it peaceful.

The mural has been getting a lot of attention.

"We had a lot of people passing by, and it created so much dialogue in the community," Valliant said.

It's a dialogue that Schwartz says is important to keep up, as Canada is not free of discrimination

"It's here," Schwartz said. "So I think it's good to spread awareness within Montreal, as well."

And with the mural, the artists share their hope of "being a little bit of a leader in our community," said Valliant, "to make our mark in Montreal to show that Montreal cares, too."