After years of experiencing unspeakable cruelty at the hands of those supposed to be taking care of them, a group of seniors and severely disabled people at a Montreal long-term care facility have emerged victorious. 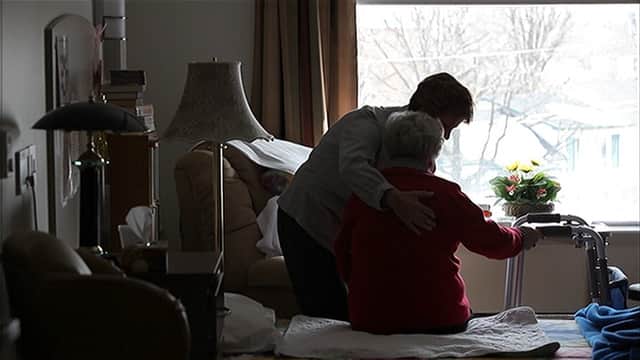 After years of experiencing unspeakable cruelty at the hands of those supposed to be taking care of them, a group of seniors and severely disabled people at a Montreal long-term care facility have emerged victorious.

In 1999, a class action lawsuit detailing hundreds of cases of abuse was launched against the St-Charles Borromée hospital in Montreal.

But it wasn’t until 2003, when family members of a patient there began secretly recording staff verbally and psychologically abusing their relative, that people began paying attention.

The tapes set off a chain of events that began with then-health minister Philippe Couillard calling a provincial inquiry, the suicide of hospital director Léon Lafleur and, ultimately, an all-out exposé on the conditions in Quebec nursing homes.

The scandal also encouraged other patients to come forward with their own stories of abuse, and the class action lawsuit was extended to include people who’d lived at the facility between 1993 and March 2006.

"It was a situation of grave negligence, of lack of coordination in service and care, a lack of respect, a lot of problems according to standards of how you treat patients and how you board and feed them," said patients’ rights advocate Paul Brunet.

An out-of-court settlement was finally reached this week, 13 years since it was launched; if accepted, a few hundred victims and the families of those who’ve since passed away are set to be awarded $8.5 million.

"It was long overdue," Brunet said.

"I mean, after 13 years without the case even being heard in Superior Court — that is the real result of, in my mind, some negligence on the part of the defence lawyers."

When asked whether he believed the delay was part of a strategy on the defence’s part, he said he didn’t know.

"But I know one thing — it’s disrespectful to patients."

He said waiting so long on a case affecting elderly and severely disabled people was "not in very good taste."

Since 1999, nearly one-third of the residents named in the class action lawsuit against St-Charles Borromée have died.

Brunet said he went to the former St-Charles Borromée last week — now a government-run long-term care facility known by the French acronym, CHSLD — and noticed part of the chapel was being used as a storage room.

It’s not necessarily indicative of abuse, he said, but it shows a lack of respect for the people being cared for at the residence.

He pointed to measures currently being looked at to keep elderly and disabled people at home instead of placing them in long-term care facilities.

He said having caregivers visit patients at home in lieu of sending them off to a home was a promising start.

"It’s not much more expensive, but it’s certainly more human," he said.

But for those who have no other option but to be placed in a residence, Brunet encouraged family members and friends to visit.

"What kind of message do we send [the residences] if we don’t go and visit?" he asked.