Incumbent Christina Smith is trying to hold onto to her job in the face of stiff competition from city councillor Patrick Martin and The Suburban editor Beryl Wajsman.

Christina Smith cuts a striking figure: her bright red hair makes her difficult to miss, especially in the shadow of her election signs strung up on poles along Sherbrooke Street. As she walks forward, a man gently taps her arm.

"Christina, there is something I need to talk to you about," he said before dishing some gossip on one of her rivals.

The people of Westmount recognize Smith. For the past seven months, she has been running the city as interim mayor, taking up the mantle after Peter Trent retired.

Trent was a fixture at city hall, having served as mayor for 25 years. Smith was acclaimed as Trent's replacement, but she brushed aside concerns she represents a mere extension of his administration.

"I do want to build on a very strong foundation in this city," she told CBC Montreal News at 6 host Debra Arbec. "We are debt-free, we've frozen our taxes for two years, we're spending more on infrastructure. But there are things I will definitely do that are different."

Her platform includes plans to make Westmount a shopping destination and to streamline permit applications.

As for traffic, Smith says that they've implemented a truck route to get vehicles in and out of Westmount faster and avoid them idling on residential streets. But she says that, at the core, solving traffic woes means getting more cars off the streets.

"What we need to do is encourage more active transport. Have better, safer bike paths so people are using less cars," Smith said.

At the other end of the city, the breakfast rush is underway at Chez Nick's. Tucked away in the back, Beryl Wajsman takes one last sip of his morning coffee.

He makes his way to the door with a stack of papers tucked under his arm. It's filled, he says, with the names of over 3,000 confirmed voters for his campaign to unseat Smith.

Wajsman first came to public attention in the 1990s as a fundraiser for the federal Liberal party. More recently he sought the Conservative nomination in Mount-Royal.

But he is perhaps best known now as the editor-in-chief of the community newspaper The Suburban.

Strolling along Greene Avenue, Wajsman motions to the empty storefronts that mar the once-vibrant shopping district. He said that merchants are "dying" for more parking along Westmount's major arteries.

He believes more spaces would attract more people to the area, and he has no qualms about sacrificing cycling initiatives to achieve that goal.

"We're going to get rid of the BIXIs, that's gone," he told CBC News during a recent interview.

"Whatever parking spots cost, so be it. We're going to narrow bike paths and provide more parking, because on some streets ... the bike paths take up half the road. It's totally illogical."

It's one part of the three-point plan Wajsman is touting to support merchants in Westmount. The other elements of the plan are reducing paperwork and lowering taxes.

Some, however, perceive Wajsman's role at The Suburban to be a potential conflict of interest, if he's elected. The paper reports on several boroughs and de-merged cities — including Westmount.

"If I wasn't allowed to do it, I wouldn't have run. Obviously, the law allows it," he said. "I have been scrupulous in not one word being written about my candidacy."

City councillor Patrick Martin crosses the parking lot at Westmount's Recreation Centre in long strides, his hand extended to shake a woman's hand. Immediately, she smiles; she's read about him in the papers.

Martin, the third main challenger for the mayor's job, has been a fixture in Westmount politics for over a decade.

After 12 years as the city's public works commissioner, Martin saw it as the right time to seek out the mayoralty.

He's hoping to put his experience as an engineer and city planner to good use, working on improving the city's infrastructure.

"The roads are in bad shape," he said. "But what you don't always see are some of the buildings that are in bad shape. Some are hidden away. If you think about it, the greenhouses have been closed for three years. The old Victoria train station has been 10 years, abandoned."

Martin also called attention to what runs under the roads, such as the sewer system, or other problems that can cause headaches for residents, such as Hydro outages.

He was part of the city council that acclaimed Smith as interim mayor in April. When asked why he made the decision to oppose her now, he said that "the vote was determined in advance" by Trent and his supporters, without unanimous support from councillors. 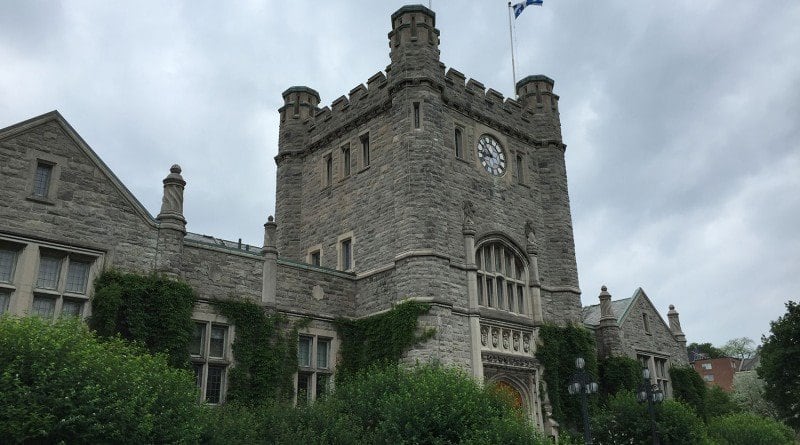 The race to become Westmount's mayor

3 years agoVideo
4:36
In what promises to be a tight race, incumbent Christina Smith is trying to hold onto to her job in the face of stiff competition from city councillor Patrick Martin and The Suburban editor Beryl Wajsman. 4:36

With files from CBC News Montreal at 6 host Debra Arbec