A series of workshops in Montreal this weekend looked at racism and identity in Quebec. 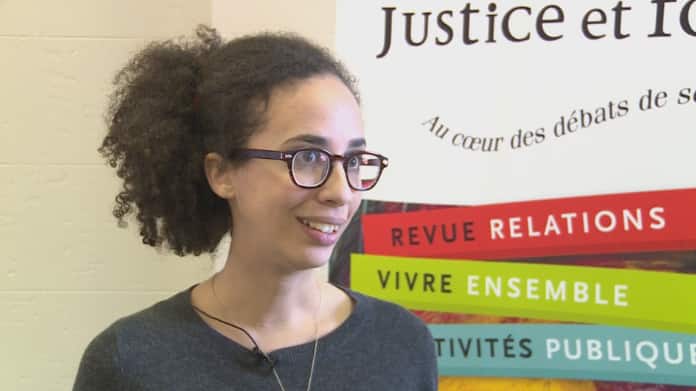 5 years ago
0:17
The president and co-founder of Québec inclusive, Émilie Nicolas, spoke on a panel about racism in the province. 0:17

A series of workshops in Montreal this weekend focused on tough questions about racism and identity in Quebec.

The president and co-founder of Québec inclusif, Émilie Nicolas, said that there is more overt hate in society than before.

The event was created in wake of recent incidents of blackface and Islamophobia, said one of the organizers.

"It's not about 'now.' It's a continuous work," said Haroun Bouazza. "Racism is changing, and the fight against racism should change also."

Roundtable discussions, workshops and panels allowed participants to share their feelings on the subject.

Rosa Pires said she's tired of people constantly asking her where she is from.

"We were born here," Pires said. "We are Quebecers, as everybody else. And we are excluded."