Video of near accident between cyclist and driver not enough to issue ticket, Montreal police say

A Montreal cyclist who installed a camera on his bike to capture near-misses with drivers is disappointed to learn that the footage won’t necessarily result in a ticket being issued to motorists who are “driving dangerously.”

A Montreal cyclist who installed a camera on his bike to capture near-misses with drivers says he is disappointed to learn that the footage won't necessarily result in a ticket being issued to motorists who are "driving dangerously."

Nickolas, whose real name is being withheld because of the sensitive nature of his work, said he was cut off by a driver on Tuesday last week while cycling home on Sherbrooke Street East in the Rosemont borough.

"I was scared, I could feel the wind of the car passing [by] me," he said.  "I could have touched the car, easily."

The incident was captured on video by a small $200 camera that Nickolas mounted on his bike in September following what he describes as a "close call" with an STM bus.

The video, taken from the cyclist's point of view, shows a red car coming very close to Nickolas's bike before overtaking the same lane in rush-hour traffic. 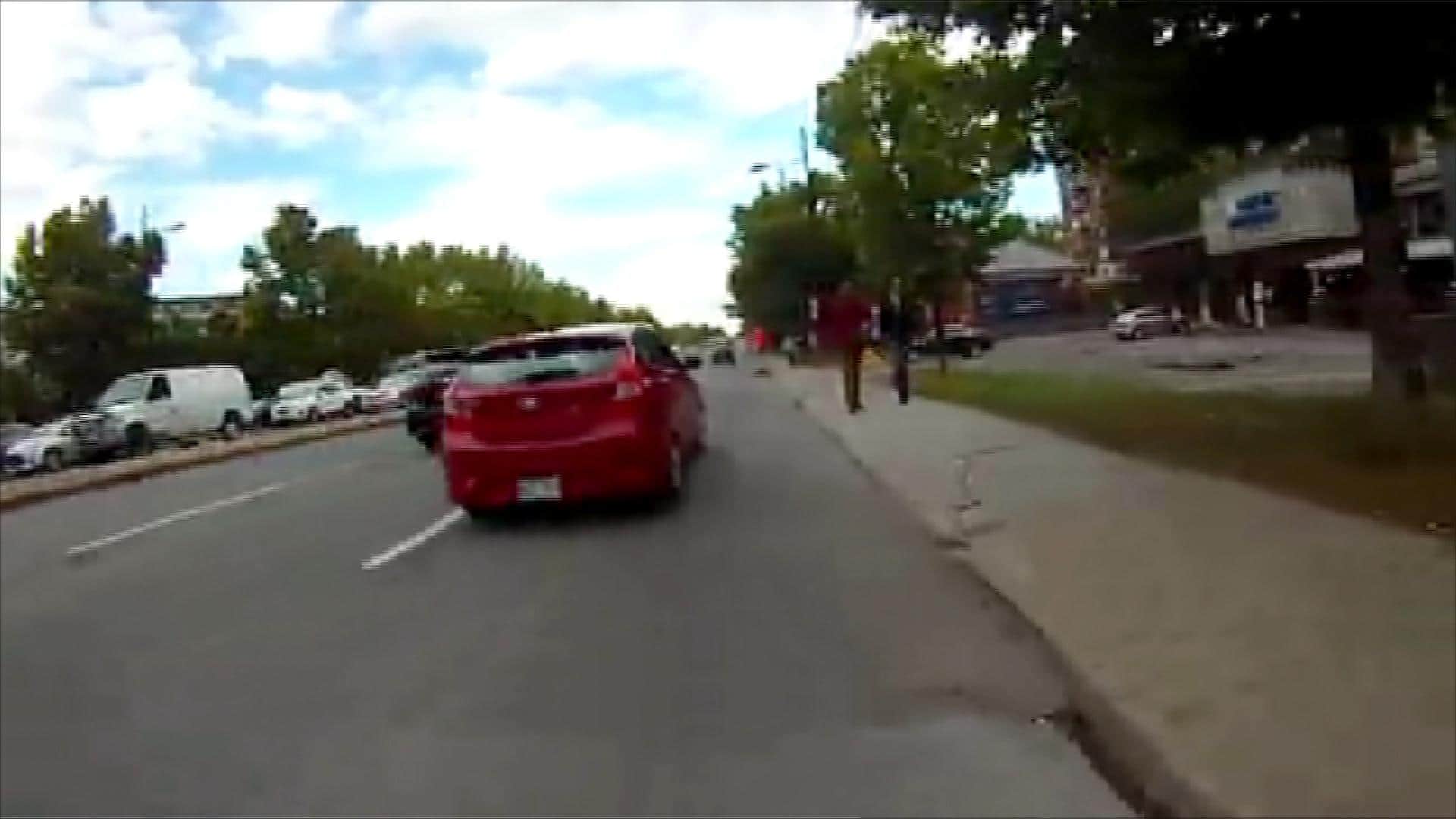 4 years ago
0:05
The video from Nickolas's camera on his bike shows his lane being overtaken by a red vehicle. while he was cycling home. 0:05

Nickolas turned footage of the encounter over to Montreal police, but he said he was told that the video does not offer enough proof to issue a ticket because while the licence plate is visible in the footage, the driver is not identified.

"In that case, there will be no ticket issued very simply because the driver is not identified. It's not the kind of infraction we can give to the owner of the vehicle," said André Durocher, an inspector with the Montreal police's road safety division.

Under Quebec's Highway Safety Code, law enforcement officials must be able to identify the person driving the car to issue a ticket.

Some exceptions to the rule exist, such as when speeding tickets are given to drivers caught exceeding the speed limit or blowing a red light in photo radar zones.

Nickolas believes those rules should change and that roads would be safer as a result.

"Video could be the first piece of evidence," he said.

"It's not just about cyclists, it's anyone who catches a car driving dangerously. They changed the law for photo radar. Why not this too?"

"It's not just one or two [cyclists] who have cameras. I think it's great if the videos can be used to try and improve safety." said Dan Lambert of the Montreal Bike Coalition, a group that advocates for the safety of cyclists in the city.

Vélo Québec, the province's larger cycling advocacy group, said it did not have an official position on whether such footage should be enough to justify a ticket.

CBC Montreal is awaiting comment from Quebec Transport Minister Laurent Lessard on whether the provincial government would be willing to make changes to the Highway Safety Code to allow for ticketing in instances like the one Nickolas captured on video.