The City of Montreal is pouring $2 million into Prince-Arthur Street E., a once-bustling pedestrian thoroughfare that has fallen out of fashion in recent years. 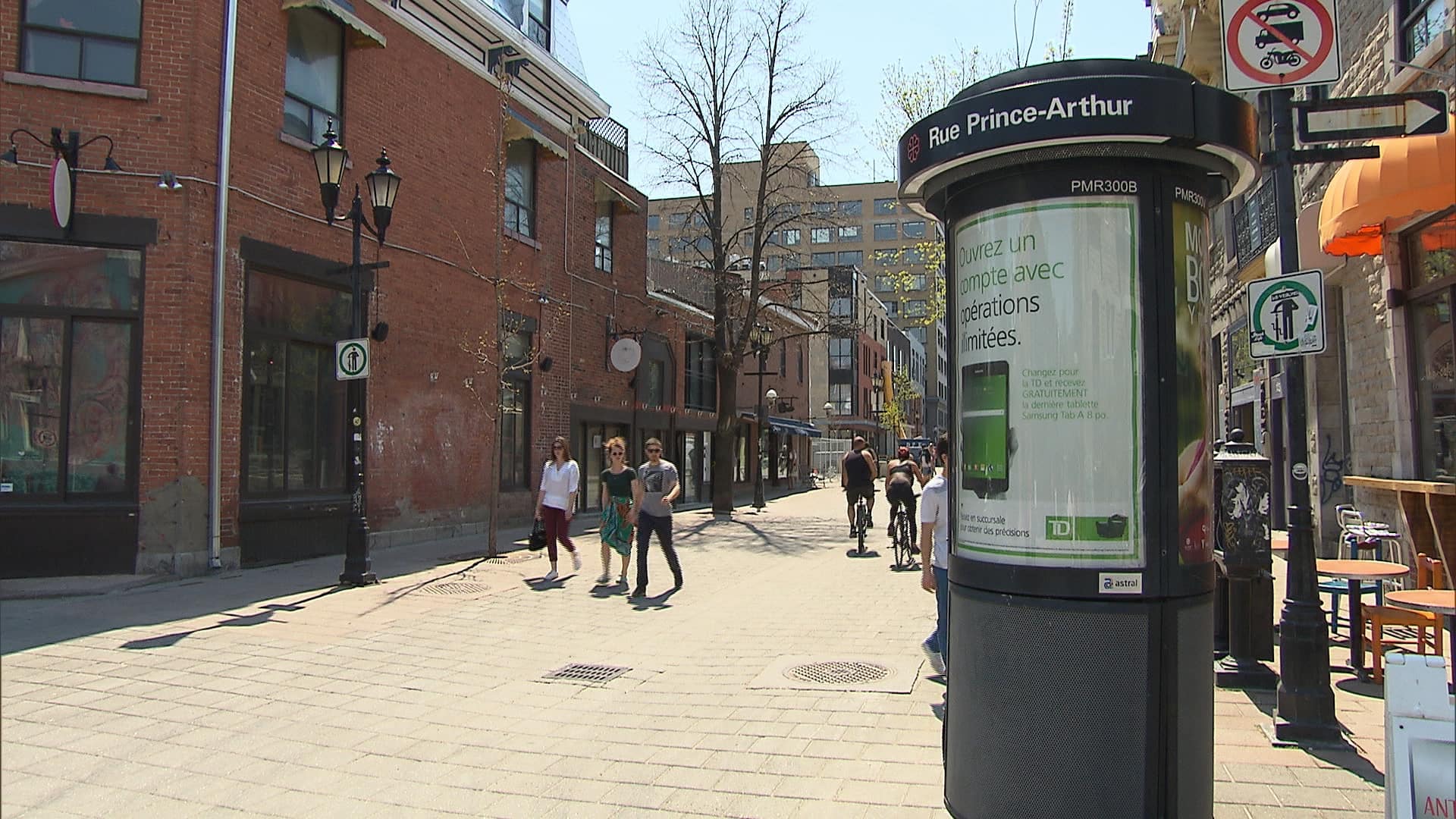 5 years ago
2:13
For Montreal's 375th anniversary, the city plans to inject $2M to improve the area, but some merchants say they’re worried they won't have a say in how the money is spent. 2:13

The City of Montreal is pouring $2 million into Prince-Arthur Street E., once a bustling pedestrian thoroughfare that has fallen out of fashion in recent years.

Several storefronts and restaurants have been boarded up on the historic, cobblestone stretch connecting St-Laurent Boulevard and Carré Saint-Louis.

"It's bottomed out, it's coming back up, and we want to make it more inviting," Christine Gosselin, Jeanne-Mance district borough councillor, told Daybreak on Monday.

"We know that 10,000 people walk through Prince Arthur every day but, as of late, they haven't stopped, whether it was (because of) the commercial offer or the configuration of the street."

Gosselin said the money will go toward making the street more lively and inviting, by adding new fountains, seating and public art.

"We know that for people to linger, to go to cafés, to visit, to go shops, to aggregate, to create life in a public safe, you need to have inviting space," she said.

Currently, she said the street has a certain elegance but feels like a "cold corridor."

Chris Bannister, head of the Prince Arthur Street merchants' association, is skeptical the money will be put to good use.

We know that 10,000 people walk through Prince Arthur everyday, but as of late, they haven't stopped.- Christine Gosselin, Jeanne-Mance district borough councillor

He said city regulations for businesses on the street need to be loosened to create "an environment that attracts people."

He also said more needs to be done to stop cyclists racing along the street at high speeds, putting pedestrians at risk.

Gosselin said a bike lane may be part of Prince-Arthur's new design, which hasn't been finalized.

She said the upgrades will be in place by the end of 2016, in time for Montreal's 375th anniversary.

Funding for the $2-million project will be split evenly between the City of Montreal and the borough.