As more and more police interventions are caught on cellphone videos by bystanders, the Montreal police force is considering equipping officers with cameras of their own. 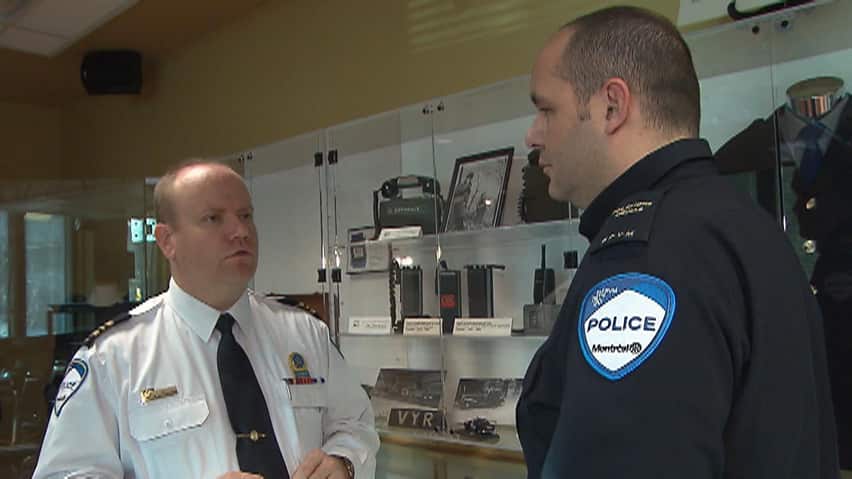 7 years agoVideo
4:14
As more and more police interventions are caught on cellphone videos by bystanders, the Montreal police force is considering equipping officers with cameras of their own. 4:14

As more and more police interventions are caught on cellphone videos by bystanders, the Montreal police force is considering equipping officers with cameras of their own.

A second video in less than a week has surfaced of Montreal police involved in questionable behaviour.

Last week, the attention was on a video of an officer threatening a panhandler.

This week, another emerged of an officer punching a teenager.

However, Lafrenière says these videos often fail to tell the whole story.

"We make mistakes and when that happens we face the consequences. But when police officers are doing a good job and there is only one side of the story in the media, that's a lot of frustration for them," said Lafrenière.

Police in Rialto, California say that since they started equipping officers with camera, complaints dropped by 88 per cent and use of force went down by 60 per cent.

"The results were quite amazing," said Chief William A. Farrar with the Rialto Police Department.

Calgary police have also decided to expand a pilot program.

For Montreal police, there are still many questions about how it could work, including the costs and logistics in a force with 7,000 employees.

"If an incident happened, like... the Dawson [College shooting] — which was a huge incident for us with a lot of officers — we would have to submit all that footage. So for us it could get into a nightmare," said Lafrenière.