"We are setting up a lot of resources for homeless people that are absolutely necessary," said Montreal Mayor Valérie Plante at a news conference Tuesday. She said much has been done since the city declared a local state of emergency Friday.

'This health crisis that we are going through cannot become a humanitarian crisis,' says Montreal mayor

Montreal Mayor Valérie Plante said the city is stepping up its efforts to help protect Montreal's homeless population during the COVID-19 pandemic.

The city says at least 350 new beds will be available for the city's homeless, all following strict guidelines to help prevent the further spread of COVID-19.

Temporary shelters have already been set up at two YMCAs, the Complexe Guy-Favreau and Centre-Ville. Another will open at Marché Bonsecours in Old Montreal and a fourth will be established at the Centre Jean-Claude-Malépart in the east end.

With the powers it has under the local state of emergency declared Friday, the city has also taken over a hotel in the Quartier des Spectacles, to serve as a isolation unit for homeless people who are awaiting results.

This is in addition to the old Royal Victoria Hospital which is being converted into an isolation unit for roughly 75 homeless people who are infected or suspected of having COVID-19. It will open today for those who have tested positive, but nobody meets that criteria yet.

An additional shelter will open in a separate pavilion at the former hospital, offering up to 100 beds to clients with diverse needs.

Some shelters will be designated for men, others women and transgender. There will also be co-ed shelters.

In the meantime, homeless organizations are teaming up to have back-up plans should one or more shelter need to be shut down in an emergency.

"We are setting up a lot of resources that are absolutely necessary," Plante said at news conference Tuesday afternoon.

"This health crisis that we are going through cannot become a humanitarian crisis."

Plante said much has been done since the city declared a local state of emergency in order to respond to the needs of the estimated 3,000 homeless Montrealers, including the opening of two new shelters and two outdoor day centres in public parks, in partnership with local organizations.

The outdoor day centres at Place du Canada, in Jeanne-Mance Park and near the Francis-Bouillon arena are providing washrooms, food and counselling services for homeless people.

They are in addition to the recently opened sites at Cabot Square, operated by Resilience Montreal, and at Place Émilie-Gamelin, operated by Le Sac à Dos.

On Friday, personal protective equipment was distributed to about 100 community groups, including homeless shelters in the city, according to Julie Grenier, an official with the regional health authority, the CIUSSS Centre-Sud-de-l'Île-de-Montréal.

"Public health also provided instruction on how to use the equipment. As we know this equipment is very precious right now," Grenier said.

The city has established about two dozen sanitary hubs for people to use outside. The mobile washrooms have toilets and washbasins to help homeless residents practice good hygiene when many public places are closed, the city says.

Sanitary products, such as cleaning products, gloves and disinfectant wipes, are being made available, as is food assistance.

Along with a mobile canteen that is driving around to deliver food to homeless people outside of the downtown area, an emergency unit is helping community agencies with food assistance services.

STM Metro employees and police are helping to direct people to these new services.

One homeless man dies of COVID-19

Without going into detail, Grenier said only one person without stable housing has so far tested positive for COVID-19, and that man died on Monday. He was sheltered in a studio apartment at the time of his death, she said.

Last week, another man was believed to have tested positive for COVID-19 and was even intercepted by police outside the Old Brewery Mission, where he'd gone to seek a meal. That man later tested negative in hospital.

When asked about this on Tuesday, Grenier declined to comment on that particular situation but said "I think that we're all getting more and more stressed."

The good news, she said, is that the city is prepared now to respond to the needs of people living in precarious circumstances.

'This is a time for hope': Sam Watts lauds collective effort

Sam Watts, CEO of Welcome Hall Mission, commended the combined effort of community groups, the city and public health. Without that partnership, he said, nothing much happens.

But there is still work to do, said Watts, calling on Montrealers to give to their local community organizations in their neighbourhood.

Watch as Sam Watts explains why now is a time for hope: 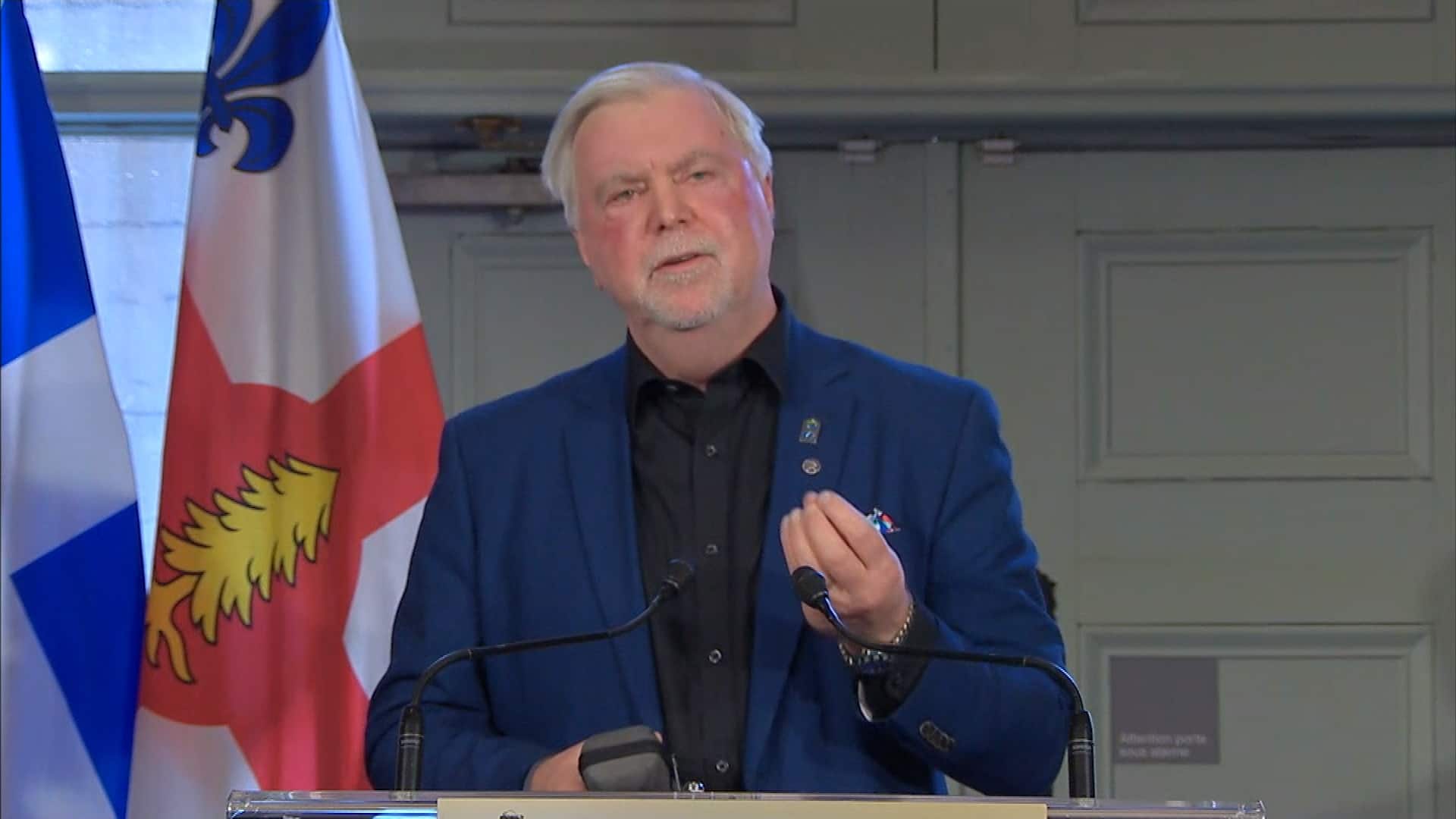 ‘A time for hope, not a time for despair'

11 months ago
1:05
The head of the Welcome Hall Mission gave a moving speech as the city unveiled new measures to protect the homeless population from COVID-19. 1:05

"Don't try to jump in and do things all on your own. That's usually not the best way to help out. The best way is to help people who are already helping those in need," Watts said.

Looking to the future, Watts said he sees a city where everybody has an affordable home and has enough to eat.

Montreal cases on the rise

Côte-des-Neiges–Notre-Dame-de-Grâce, the city's most populous borough, has the highest number of cases at 182.

Côte-Saint-Luc, a demerged municipality in Montreal's west end with only about 32,500 residents, has 120 confirmed cases.

That puts Côte-Saint-Luc among the hardest hit communities given the size of its population, as there are nearly 40 positive cases per 10,000 residents.

Its neighbouring municipality, Hampstead, comes in a close second at about 30 per 10,000 residents.

Public health officials have said that it is too early to tell why it is spreading faster in some communities.

Last week, Montreal's regional public health director, Dr. Mylène Drouin,​​​​​​ said what is clear is the fact that COVID-19 is spreading in the community — and it's hitting some neighbourhoods more than others and it's no longer just a problem in the west end.