The Montreal Museum of Fine Arts will construct a fifth building to house the Michal and Renata Hornstein collection of Old Masters paintings, the largest private art donation in Quebec history. 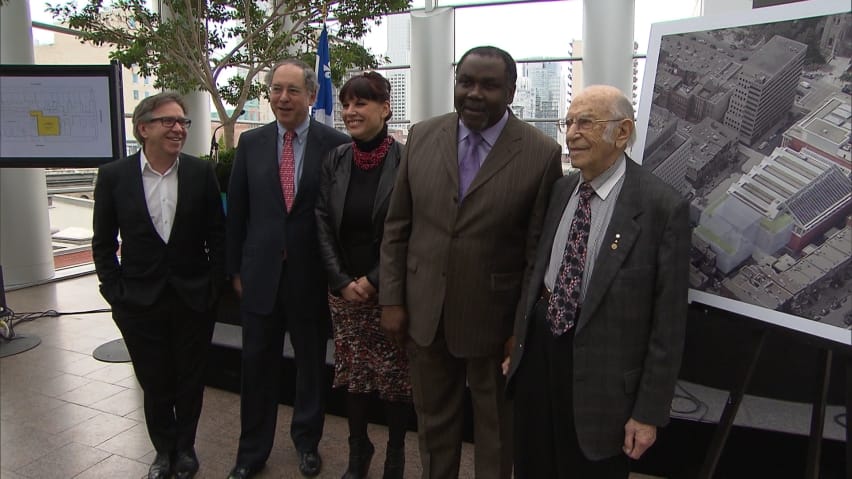 8 years ago
2:14
Montreal's Museum of Fine Arts is to construct a new building to house the Michal and Renata Hornstein collection of Old Masters. 2:14

The Montreal Museum of Fine Arts has announced it will construct a new building to house Michal and Renata Hornstein's recent donation of Old Masters paintings valued at $75 million — the largest private art donation in Quebec's history.

The plan for what will be the museum's fifth pavilion was announced Monday and construction scheduled to be completed in 2017.

When the Hornsteins donated their collection of Old Masters, paintings dating earlier than the 1800s, to the museum — they did so with one condition: that the collection be housed in a building of its own.

The collection includes between 75 and 80 pieces that were collected over more than sixty years — most coming from Italy.

"Mr. and Mrs. Hornstein have been solicited by major museums all over the world … The fact that they have decided to donate it to Montreal  was a huge act of philanthrophy," said Brian Levitt, chair of  the museum's board of trustees.

The pavillion, to be build on Bishop Street, behind the museum's main building on Sherbrooke Street, will be a four-floor exhibition space housing the Hornstein collection, as well as dozens of international collections.

The architect of the new space will be chosen through a contest and the estimated $25-million cost will be mostly funded by the province.

This new building is the latest in a series of expansion projects for the museum.

Last year, a fourth pavillion was opened on Avenue du Musée. It houses Quebec and Canadian art in addition to a concert hall. In the fall, the museum opened an educational centre for children.

Nathalie Bondil, the museum's director and chief curator, said that the expansions are all thanks to donations from patrons.

"We have a lot of support from the population and I do hope the people do understand that we really do want to work for them."

The opening of the pavilion in 2017 will coincide with Montreal's 375th birthday.