Posing for photos on the steps of city hall, Montreal mayor-elect Valérie Plante paused for a few minutes to speak to a pint-sized admirer, a tourist from Brazil.

Plante bent down, getting on the girl's level, and her mother snapped a few cellphone photos of the two together as throngs of reporters and camera operators looked on.

Then, Plante turned to the girl, named Sophie, held her hands and told her a story.

"Yesterday I was elected the first woman mayor of the city, so this is where I'm going to work," she said, pointing to the city hall building.

"So maybe one day, you'll become, who knows, the mayor, maybe the prime minister … of your country?" 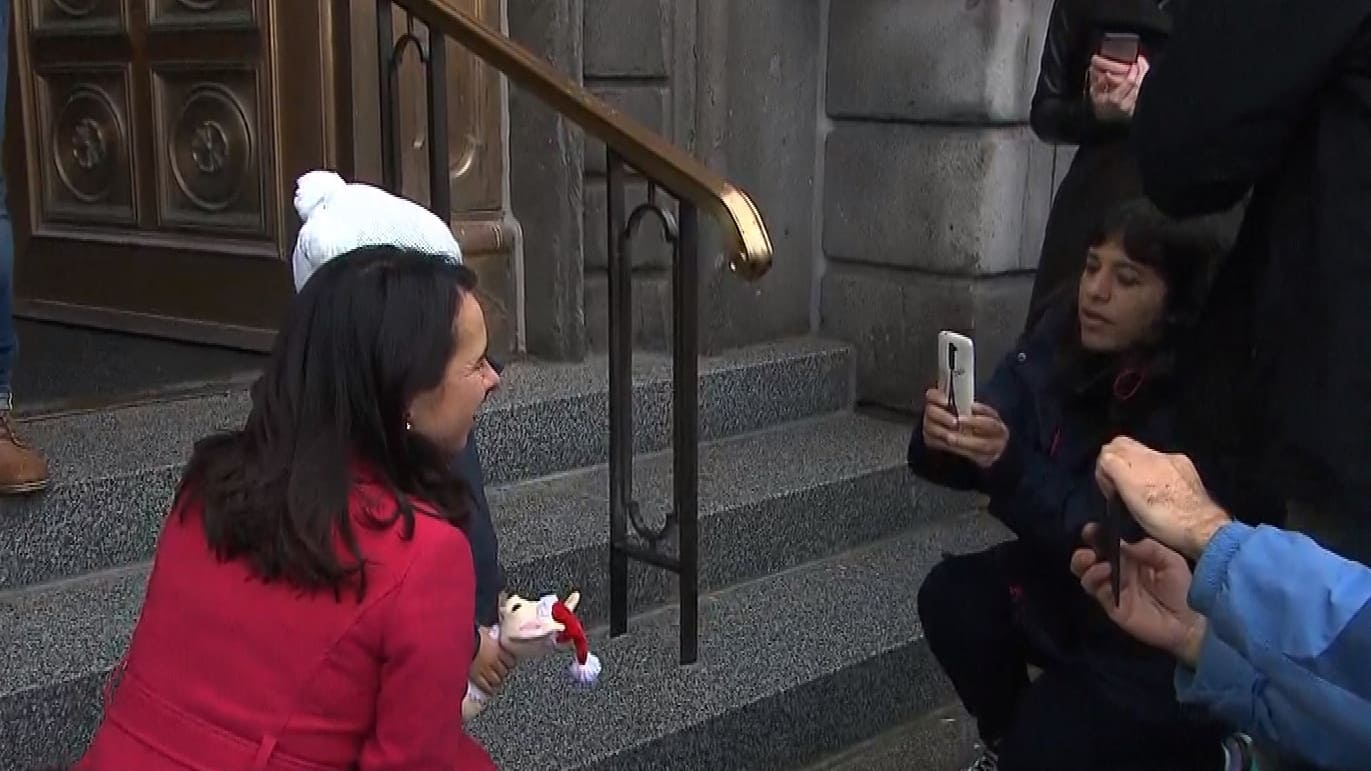 3 years ago
0:59
Valérie Plante told Sophie, a young tourist from Brazil, that she could one day be a mayor too. 0:59

A cynic may say the moment felt somewhat contrived, with all the journalists watching and scribbling notes, but it still goes a long way in demonstrating how Plante orchestrated her historic win and the impact she may have on voters of the future.

On Sunday night, Plante beat incumbent Denis Coderre to become the 45th mayor of the city. She garnered about 51 per cent of the vote.

The 43-year-old appears to have won over voters with her promise to improve public transit, alleviate traffic woes and make the city more family friendly, but also with her charm and personality, an antidote to Coderre's perceived arrogance.

She said her 14-year-old son pointed out to her last night that one day her name will appear in a history book. She replied that she had made that realization.

"I was like, that's impressive and it will set the example," she said.

The mayor-elect spent Monday morning making her first appearances, meeting with commuters outside a Metro station, then speaking to reporters outside city hall.

She said it was a short night — she had what she's calling a two-hour power nap — but she is feeling good.

Plante was a city councillor in the Ville-Marie borough and is now borough mayor, so she said wanted to be in the district this morning.

The station she chose for the meet-and-greet — Square-Victoria–OACI — is in Ville-Marie, but also a savvy choice. It's not far from Montreal's financial district, and business people are among the groups she will need to win over during her tenure.

The locale is also symbolic because one of the main tenets of her platform was building a new Metro line and transit issues in general.

Premier Philippe Couillard said he called Plante this morning to congratulate her.

Couillard did not answer questions about Plante's proposed Pink line, saying while he and Plante are on the same page regarding sustainable transit, there are many big transit projects on the go right now.

Plante said it's clear that Montrealers wanted a change in tone and leadership style, and she knows people are expecting a lot from her.

"I'm ready. That's why I got into politics in 2013, that's why I ran for Projet Montréal leader, and it's why I threw myself into this mayoral race," she said.
1 of 0

Her first order of business will be tied to getting Montrealers moving, she said — she wants to sit down with provincial partners and the STM, Montreal's transit authority, to solve problems related to transit, such as getting more buses on the road.

She also wants to focus on the economy, and "give oxygen" to business owners.

A new look for city council

Plante wasn't the only member of her party to score a big win — in 2013, the party elected borough mayors in the Plateau–Mont Royal and Rosemont–La Petite-Patrie neighbourhoods.

This time around, Projet Montréal borough mayors were elected in 11 places:

Projet Montréal holds the majority of the 65 seats on city council, as 34 of its candidates were elected, compared to 25 for Équipe Denis Coderre. Coalition Montréal holds one seat, and two borough-level teams have the other five.

Plante said the energy and encouragement from people around her for the last two weeks led her to believe change was afoot, but her team couldn't predict the extent.

She said her party has proven itself in other boroughs, and that she believes it can bring a lot to Montreal. 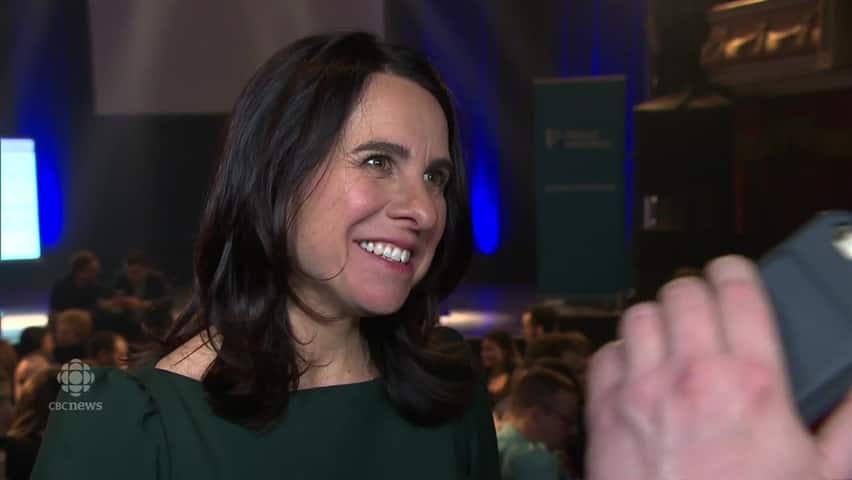 Valérie Plante ready to 'do an amazing job'

3 years ago
2:31
Valérie Plante says she is ready to 'do an amazing job' as mayor of Montreal and that her win was a vote for her, not against Denis Coderre. 2:31
CBC's Journalistic Standards and Practices|About CBC News