A combination of advanced planning and volunteer hard-work kept Montreal dry on Saturday, even as water levels rose higher than they were during the disastrous 2017 floods.

A combination of advanced planning and volunteer hard-work kept Montreal dry on Saturday, even as water levels rose higher than they were during the disastrous 2017 floods.

That preparation and effort will be tested further Sunday as variable weather continues to threaten widespread flooding on the island.

"The situation is stable and we're happy about that," she said while visiting residents in the borough of Ahuntsic-Cartierville, on Montreal's north shore.

Emergency officials are carrying out preventive evacuations in some sectors in Pierrefonds and Île-Bizard, on the north-western end of the city, where the surging currents of the Rivières des Prairies have already spilled its banks.

As of Saturday evening, 18 people in Île-Bizard and seven in Pierrefonds had agreed to leave their homes, officials said.

Laval authorities, meanwhile, ordered the evacuation of 22 buildings on l'île Verte, an island located between Laval and Île-Bizard.

Despite less rainfall than expected, Plante urged citizens to remain vigilant. "If a dike were to rupture, or the winds were to pick up, the situation could change quickly," she said.

Pierrefonds–Roxboro Mayor Jim Beis urged citizens to stay away from areas where the borough has built up dikes.

"They are in a fragile state at this point," Beis said in a video posted to Facebook on Saturday evening. He said it was possible they could breach due to wind and pressure from the river.

The island of Montreal, as well Laval, remain in states of emergency, a measure giving authorities the power to seize property and force evacuations. Across the Greater Montreal area precautions are being multiplied.

Earlier on Saturday, Quebec's Transport Ministry shut the Galipeault Bridge, which connects Montreal to Île Perrot along Highway 20, in both directions.

The bridge hasn't flooded, but wind and rain in the forecast make driving unsafe, the ministry said. It's unclear when the bridge, which crosses over the Sainte-Anne rapids, will reopen.

Motorists can still take Highway 40 to the north, through Vaudreuil-Dorion to Highway 30 as an alternate route. The tolls on Highway 30 have been cancelled for the time being.

Transports Québec is asking drivers in the area to stay home if possible. A plan is in place to offer free commuter rail service if the bridge remains closed on Monday, the ministry said.

"We're crossing our fingers and hoping for the best," said Paula Hawa, mayor of Sainte-Anne-de-Bellevue, a municipality on Montreal's western shore.

In Pierrefonds–Roxboro, a borough on Montreal's north shore, residents scrambled to strengthen dikes made of sandbags.

They were helped by dozens of volunteers — who filled sandbags, trucked them out to streets bordering the water, and  laid them atop make-shift retaining walls.

Klaus Bodnik moved away from 5th Avenue a few months ago, after living on the Roxboro street for 40 years. But he was back on Saturday, laying sandbags down on the dike holding back the Rivières des Prairies.

"I know all these people," he said. "They're friends. And friends help friends, right?"

Bodnik's basement was flooded in 2017, when record water levels forced hundreds of Montrealers from their homes. The water levels are higher this time, he said, but no one has yet left the street.

"The work that's been done here is great. It's holding back the water," he said.

A steady stream of volunteers continued to show up at Pierrefonds Comprehensive High School, which has been the hub for the rescue effort.

But more help is still needed. Beis called for anyone able to sling a sandbag, or who has access to a pick-up truck, to lend a hand. 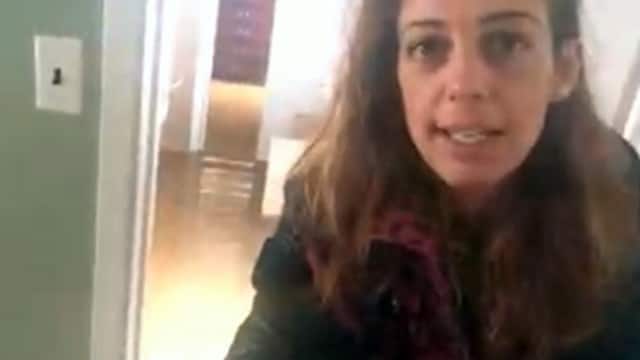 2 years ago
1:17
Rachel Huppé says she is worried about the damage to her home in Île-Bizard, Que., and doesn't think her sump pumps will keep working through the weekend as the flooding worsens. 1:17

Though water levels are similar to 2017, Beis said better preparation and coordination this time has allowed the borough to limit the damage, so far.

"If it was to stop right now, we would have been OK," he said. "But we know that we expect a surge in the river and this is what we are preparing for now."

Heavy rains and spring snow melt have caused more than 3,000 homes to be flooded over the past two weeks in Quebec, largely in areas west and north of Montreal as well as south of Quebec City.

Montreal, so far, has been spared the brunt of the damage. Officials said Saturday that 95 homes on the island have flooded.

While light rain is forecast for Saturday night, no further precipitation is expected on the island before Wednesday.

Montreal's elected officials will meet Sunday afternoon in Pierrefonds to decide whether to extend the state of emergency.

It is the first time since 1926 that city council has met outside of the designated chamber at city hall, according to a statement released by the mayor's office.