COVID-19 in Montreal: Public health director says peak is near, but it's critical people stick close to home

As the number of COVID-19 cases in Montreal hit 4,775 on Wednesday, the head of public health for the region says she expects the number of new infections will soon be on the decline, but it's too soon to let up on physical-distancing measures.

With arrival of religious holidays, Montrealers reminded to celebrate virtually — and to respect each other

As the number of COVID-19 cases in Montreal hit 4,775 Wednesday, Mylène Drouin, the head of public health for the region, said the expected peak of the outbreak is in sight, and she expects the number of new infections will soon be on the decline.

This shows that the physical-distancing measures have been effective, Drouin said, urging Montrealers to continue to be vigilant, especially with the arrival of Passover and the approach of Easter, when families usually gather.

Because the COVID-19 crisis hit Montreal first, it is believed the peak will be reached about a week before the April 18 summit projected for the province as a whole, Drouin said.

Based on that projection, the peak number of cases of the island of Montreal could happen today, Thursday or Friday, she said.

"The number of people infected is probably at its highest level," she said. "This is good news, because after we can expect a decline in the curve."

Physical-distancing measures and other interventions will still be needed in the coming months as new outbreaks happen in specific places, such as office buildings or long-term care homes, Drouin said. The public health authority will continue to adapt strategies as the situation develops.

There are currently 259 Montreal residents in hospital with COVID-19-related complications.

Because it takes a week to 10 days for those complications to manifest themselves, Drouin said the number of hospitalizations will continue to rise over the coming 10 days, as will the number of deaths — especially as the coronavirus continues to run rampant through long-term care institutions.

A total of 74 Montrealers have died from COVID-19, and the average age of those victims is 82, Drouin said.

There are now outbreaks in 46 CHLSDs and 16 other seniors' long-term residences on the island of Montreal, she said.

Stay in your neighbourhood, mayor urges

Because of that, the Montreal police service is taking extraordinary steps to block access to Old Montreal and increase patrols in public parks to ensure people are staying near home and respecting physical-distancing guidelines.

Plante said she understands that Montrealers need access to green space, but she said they should go to parks in their own neighbourhoods, not travelling across the city to visit other parks.

Parking lots in Mount Royal Park were closed this week to limit traffic, and Île Notre-Dame has also been closed altogether. These types of measures will continue, she said, and even more will be put in place in other, popular destinations like the Lachine Canal which has been extremely crowded.

The Charlevoix Street bridge will be closed to cars to allow people to cross the Lachine canal on foot more easily, as the narrow pedestrian bridge leading to Atwater Market is temporarily closed.

"We need the collaboration of the population at large," she said. "Respect the two metres. Do not gather in groups."

To help pedestrians keep their distance from one another in the densely populated Plateau Mont-Royal district, a parking lane will be closed along a 2.7-kilometre stretch of Mont-Royal Avenue, to make it easier for people to walk to grocery stores and pharmacies, Plante said.

"I think it's important to understand that this is not a new place to go for a walk," said Plante about the increased pedestrian access. "This is really to accommodate citizens living in their neighborhood to do the essential movement that needs to be done while keeping the right distance."

Plante said the city will be working with other boroughs that have similar stretches of busy sidewalks, to make necessary adjustments to traffic patterns on a case-by-case basis. Streets will be kept open to motorized traffic, she said, so ambulances and other emergency vehicles can easily circulate.

The city announced Tuesday it has cancelled all summer events and festivals until July 2.

Montreal continues to operate under a local state of emergency, first declared on March 27 due to concerns about the impact of the spread of the virus on the city's homeless population.

With the ban on outdoor and indoor gatherings, Montreal and provincial police have issued hundreds of fines. Police across the province were given the power to hand out tickets to people not respecting physical distancing rules. Fines range from $1,000 to $6,000.

And with the arrival of Passover and the approach of the Easter holiday long weekend, Montreal's public health director reminded people that physical distancing means celebrating their religious holidays only with those with whom they live. with. 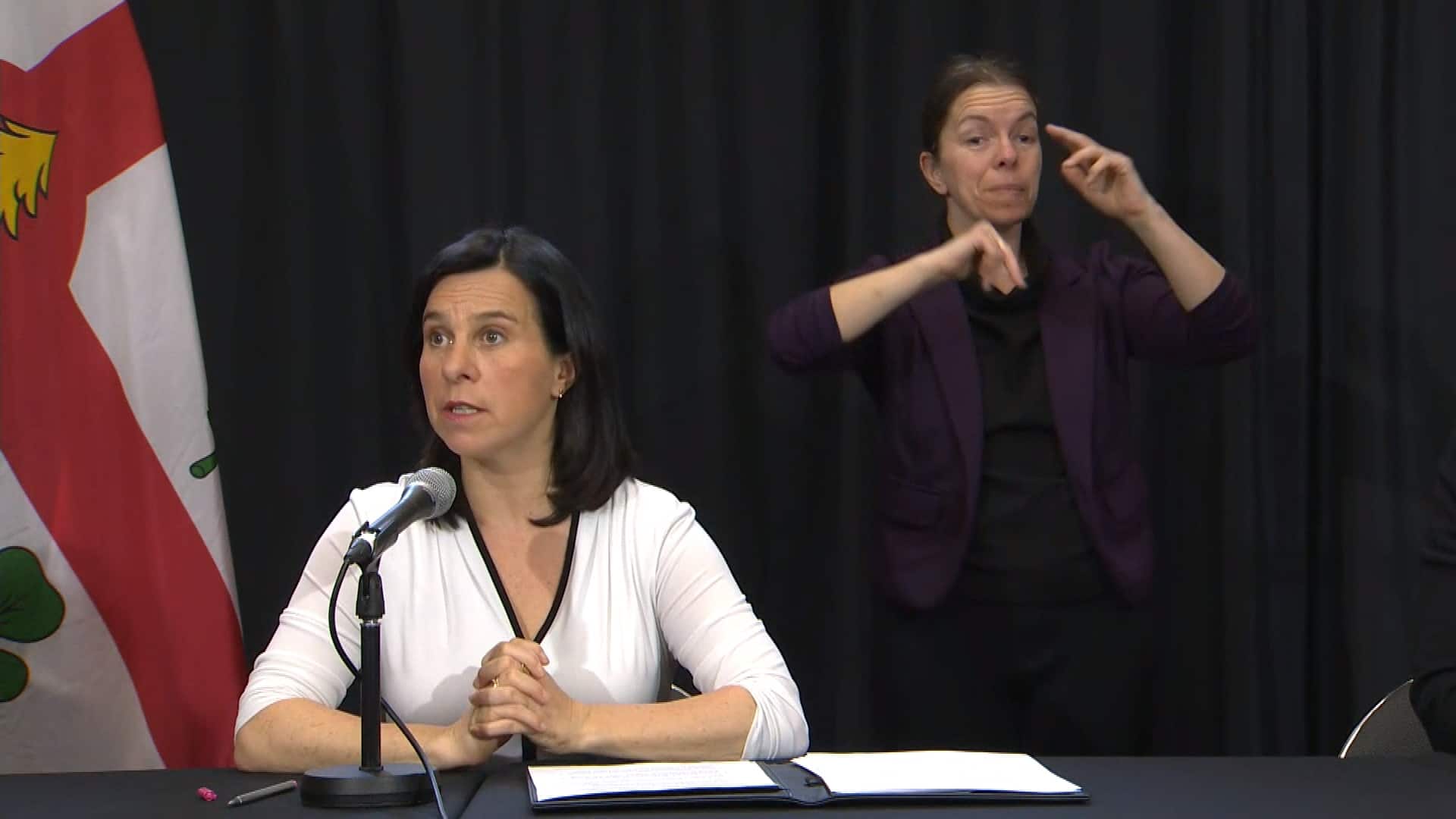 11 months ago
1:25
Montreal officials says the peak of the COVID-19 crisis is near, but that does not mean people can enjoy the holiday weekend together. 1:25

Drouin encouraged Montrealers to call or connect virtually with their family and friends instead.

Plante said as residents enjoy the warmer weather and holiday weekend, it is important that they respect each other.

It is not the time to scapegoat certain religious groups or homeless Montrealers, she said.

"Within our big community there's many communities, and so it is important not to discriminate," she said. "We want to keep an open heart — a good spirit."