A Laval youth choir with accompany the Rolling Stones for the song "You Can't Always Get What You Want," at their Montreal show. 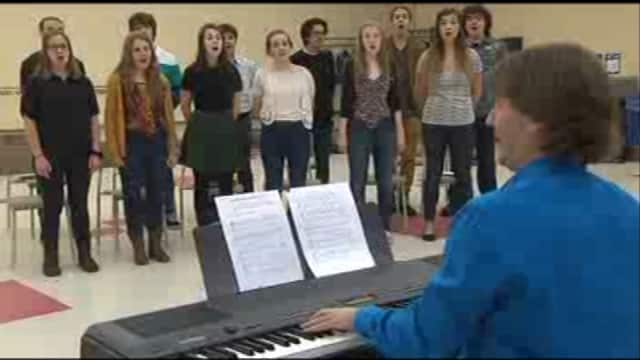 Montreal choir will rock with Stones

8 years ago
2:15
A Laval youth choir with accompany the Rolling Stones for the song "You Can't Always Get What You Want." 2:15

The Rolling Stones' show at the Bell Centre will bring a special type of "satisfaction" to a Laval choir that has been invited to join them on stage.

When band members start into their hit "You Can't Always Get What You Want," they will be accompanied by members of the Choeur des Jeunes de Laval.

Choir singer Marie-Adele Hacala was ecstatic when she received an email from concert organizers inviting her to perform with the band.

"I just screamed — Mom, I'm singing with the Rolling Stones," she said.

The choir's conductor, Philippe Ostigy, says working with the legendary band has been easy, though the singers did have to adapt to one special request:

"We have to sing with the British accent," he said.

Half a century after selling their first record, the band is still filling stadiums accross North America and Europe.

The Stones are in Montreal as one of three Canadian stops on their 50 and Counting tour.

After the Montreal show, the band will play the Glastonbury Festival June 29 and a series of London shows.