Montreal's pandemic budget aims to give citizens, businesses a break

The city budget aims to help businesses get back on their feet and give Montrealers a break on property taxes as well as public transit fares, thanks in large part to financial help from the Quebec government.

Presenting her administration's fourth and final budget before next year's election, Mayor Valérie Plante said the goal was to ensure the city had the resources to deal with the pandemic, while also responding to the economic crisis it has caused.

"We had to ensure that we could support our merchants and entrepreneurs, middle-class families and the most vulnerable so that they can get through this difficult time," she said.

Plante said the city was able to invest in priorities such as transit, social housing and environment, despite the cost of unexpected emergency measures and fewer sources of revenue.

The 2021 budget includes a small increase to residential property taxes, discounts for some transit users and money for the city's economic recovery plan.

But it also includes an increase to the police budget, a decision decried by protesters who delayed the start of proceedings at Marché Bonsecours Thursday morning. 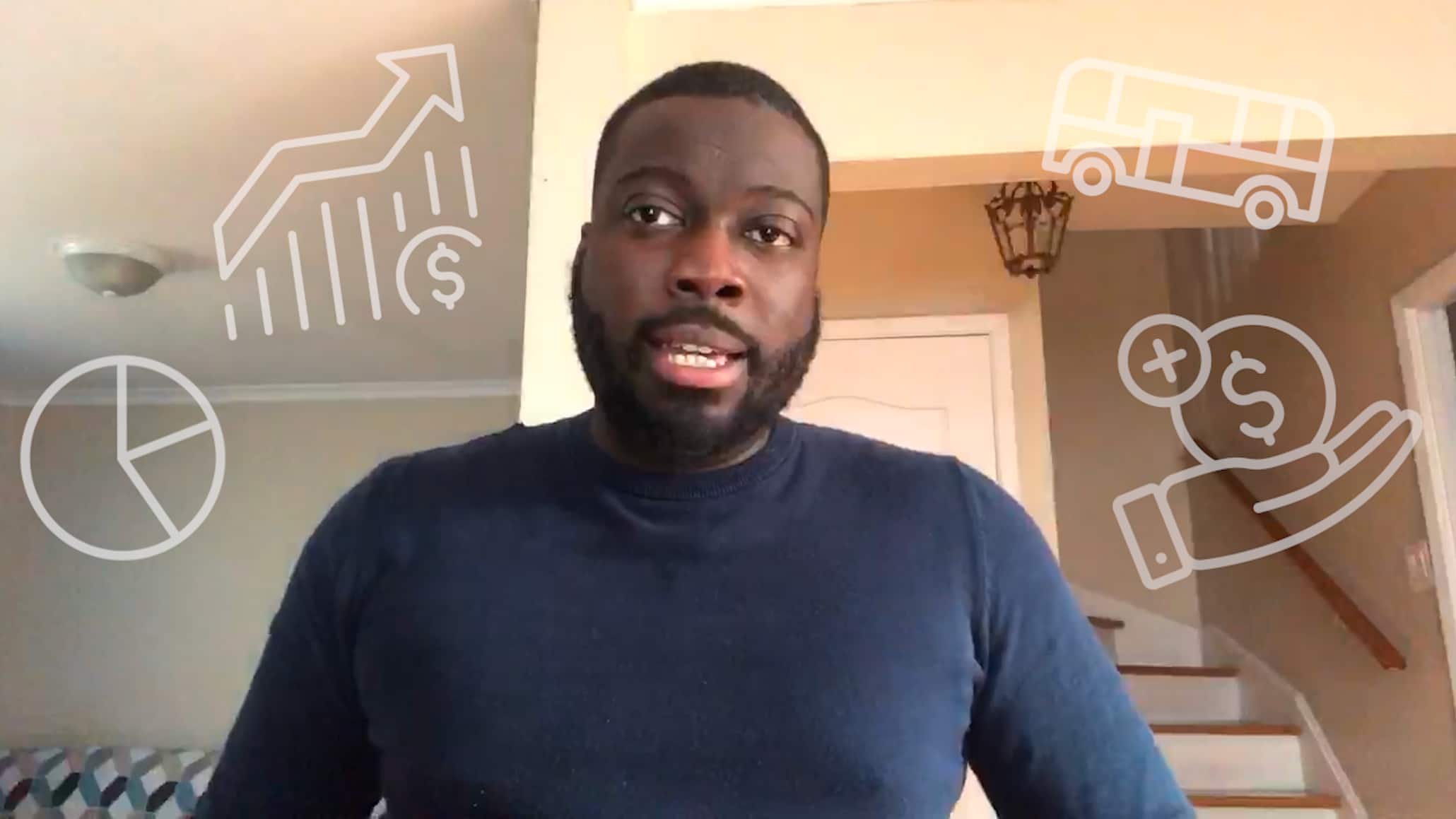 4 takeaways from the City of Montreal's budget

4 months ago
2:41
It's not easy to budget in a pandemic, especially when you're talking about spending $6.17 billion. CBC's Antoni Nerestant walks you through some of the ways this budget will impact Montrealers. 2:41

The total operating budget for 2021 will be $6.17 billion, slightly less than last year.

Under provincial law, the city cannot operate under a deficit, so the Plante administration had to figure out how to balance the budget and managed to do so without borrowing money.

In April, Montreal cut spending by $123 million and approached unions and non-union staff to, on a voluntary basis, find ways to help balance the budget. That money was used to pay for the unexpected expenses from this year.

Montreal will be receiving $263 million from the Quebec government as part of an effort to help the province's municipalities weather the COVID storm.

Part of those funds were used to pay for 2020 expenses, and a large portion will go toward balancing the 2021 budget.

The city announced last month they were freezing residential and commercial property taxes, a decision that will cost $56 million in lost revenue.

But there will be a slight increase — an average of 0.2 per cent — to residential tax bills due to increases at the borough level.

As of next July, seniors fares for public transit will be reduced by 50 per cent, while hopping on buses and metros will be free for children under the age of 12, a measure that will cost $9.3 million.

The Pink line, arguably Plante's signature election promise from 2017, is mentioned a handful of times. It is still in the planning phase.

Other highlights from the budget include:

In the summer, as calls to defund police forces followed the death of George Floyd, Plante said she was open to the idea of changing how the Montreal police service is funded.

On Thursday, she reiterated that she was open to considering the idea, but said she didn't feel like it would be responsible, in the middle of a pandemic, to make cuts.

Plante said the $15-million increase to the police budget is much lower than increases in years past, and is in line with the rate of inflation.

The protesters who showed up to Plante's press conference were upset that many citizens, in pre-budget consultation sessions over the summer, said they wanted to see the police defunded and that money reallocated to other services, but the police budget was still increased.

The protesters chanted the names of men who have died in police shootings while holding signs that said "defund the police" in English and French.

Lionel Perez, leader of Ensemble Montréal, said he wanted to see the city be more responsible when it comes to the reduction of expenses.

"There's no effort to try and demonstrate that because [city employees] are working remotely, there's a way to get some savings there," he said as an example.

He said the Plante administration is doling out gifts, namely the property tax freeze and the transit discounts, ahead of an election year.

But they are paying with money from the Quebec government, and he said it's irresponsible to assume the province will continue to come to the rescue, a sentiment echoed by Saint-Laurent borough mayor and Ensemble Montréal member Alan DeSousa.

"Why are you balancing a budget with one-time payment without telling us what your game plan is?" he said.

"It puts all of us in a very, very uncomfortable position."