Gilbert Rozon said the commercial, which is for a show that will air next month on four French-language networks, will be redone to reflect the city's diversity.

The man in charge of Montreal's 375th anniversary celebrations is apologizing that a commercial for the festivities depicts only white people.

Gilbert Rozon said criticism of the 45-second spot is "100 per cent fair," and it will be redone over the weekend.

The commercial is for a show that will air next month on four French-language networks and unveils elements of the programming for next year's celebrations.

It features a number of mainstays from Quebec's star system, including musicians Beau Dommage playing as they overlook the city, actress and director Denise Filiatrault riding in a taxi and Céline Dion singing on a counter at Schwartz's deli. 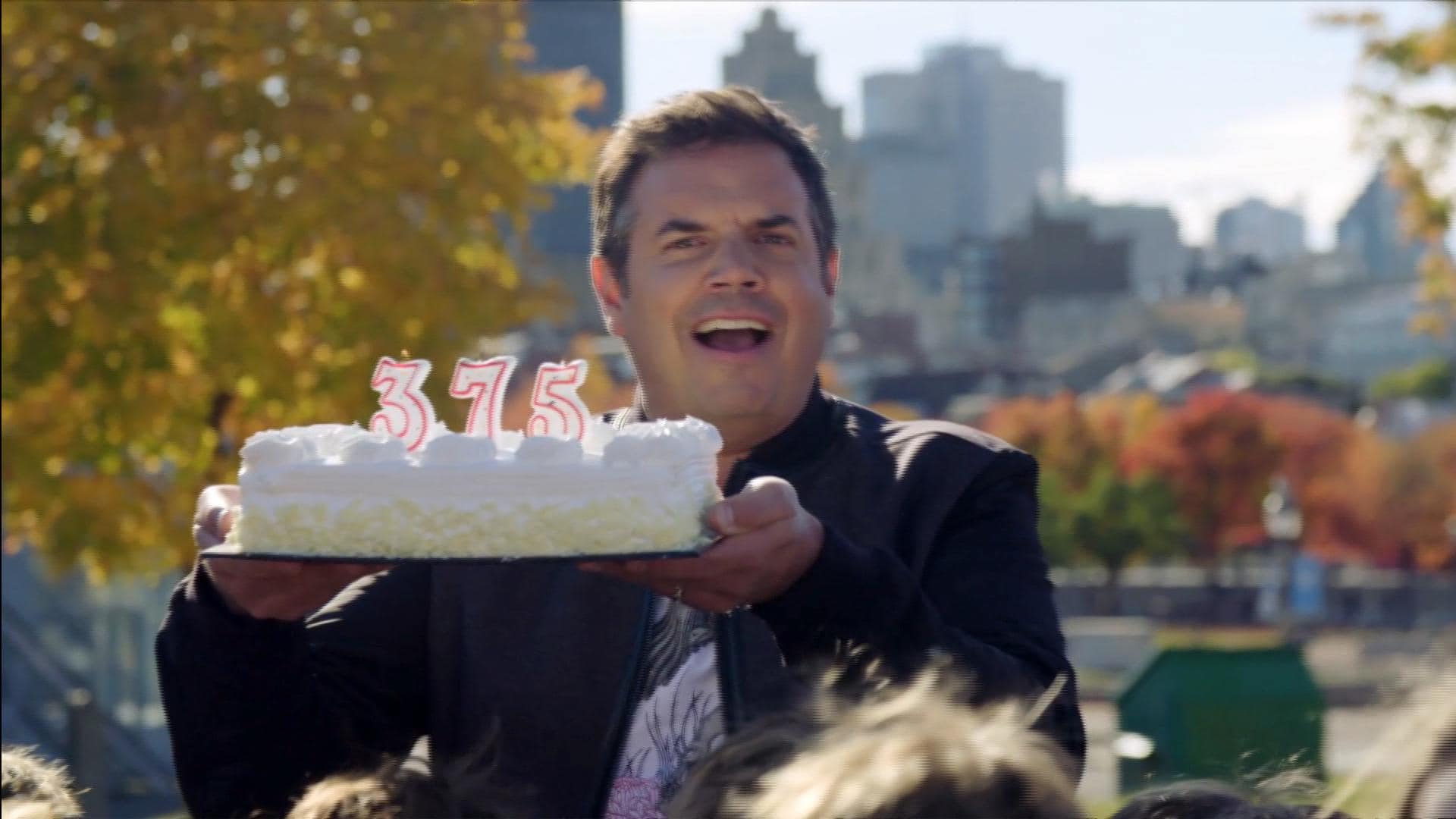 4 years agoVideo
0:46
The original ad for a French television show to promote Montreal's 375th anniversary has been called out for a lack of diversity. Organizers say there will be a revised version. 0:46

Rozon said the new version of the ad will accurately reflect the show, which he says features a more diverse list of guests.

Asked to explain the original ad, Rozon said it's a matter of people having to change their mentalities and keep diversity in mind.

"I think things are evolving in the right direction," he said.

"I think people don't know there are 26,000 urban Aboriginal Montrealers. We are here, and we are multitalented, doing all different kinds of work … and yet, people don't recognize us," she said.

Nakuset is worried the celebrations will skip over Montreal's long history with the Indigenous community.

"We were not consulted. Our projects were put forward, and they were denied," she said.

"I brought up the concerns and there has been some change, which is good, but we're still waiting to see what the end result will be."

Rozon said the committee is working with members of the city's black and Indigenous communities to make sure they are included in the celebrations.

La Presse columnist Marc Cassivi, who called attention to the lack of diversity in a column, said he didn't intend to point fingers at anyone specifically.

"It's media in general that doesn't portray Montreal as it is, and we have to think about that. We have to stop thinking about how we see ourselves, but how reality is, what Montreal is," he said.

Rozon said some people see the city's multiculturalism as a disadvantage, but he doesn't share that opinion.

"I've always said it publicly, the fact that Montreal is Molière meeting Shakespeare is probably our greatest asset, but also the fact that we have this diversity makes a big difference," he said.

"This is the way we're going to survive and make a difference in the world. That's my personal opinion, and I have to obviously deliver the goods."

With files from CBC Montreal's Daybreak and Jay Turnbull